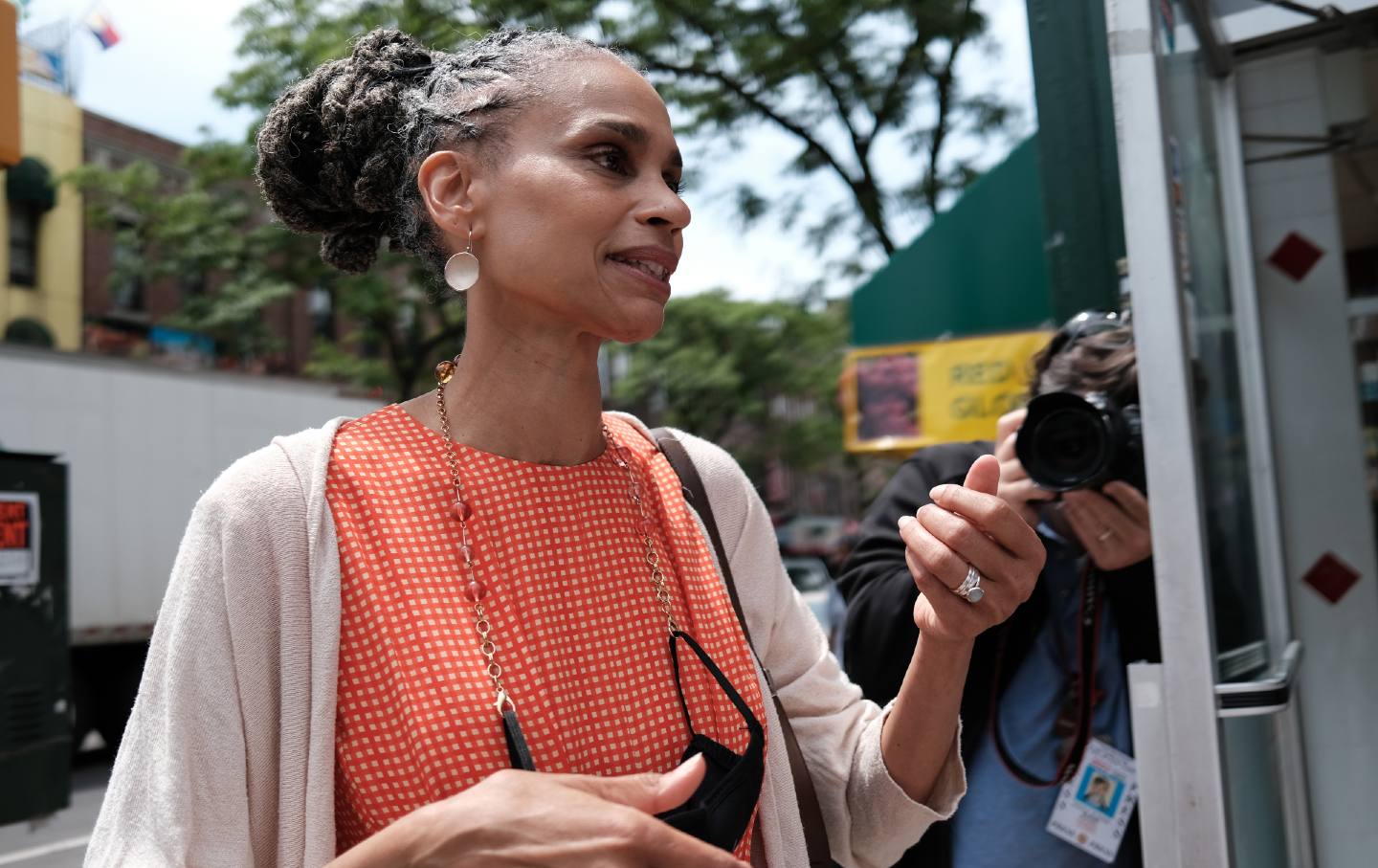 I write as a lifelong activist, a New Yorker, and a member of The Nation editorial board (the views expressed here are mine). The city is at a crossroads, with vastly different futures possible as we emerge from Covid. The contest for mayor is therefore unusually important. For nearly a year, Andrew Yang, famous for being famous, managed to dominate and trivialize the race, while more accomplished candidates had trouble breaking through. But in these last weeks, the race has begun to clarify the issues and the stakes. Progressives now face familiar dilemmas. Who shares my values? Who can win and govern effectively? And who do I want to make sure loses? Happily for us, for substantive and strategic reasons, there is an obvious choice: Here’s why I urge you to put Maya Wiley as your #1 choice for mayor.

A recent Wiley ad shows footage of a police car ramming peaceful protesters and police officers beating down peaceful protestrrs at the height of the uprising for racial justice last summer. Wiley pledges to “transform the police and keep New York safe.” She closes by saying, “As mayor, I’ll get it done because it’s time the NYPD sees us as people who deserve to breathe.” She has proposed a bold plan, including real cuts to the police budget, that would do just that.

Two futures are now emergent. One scenario is a Bloombergian restoration of plutocratic power and predatory policing. Those who rank Andrew Yang or Eric Adams are voting for stop-and-frisk, more giveaways for the ultra-rich, and more malign neglect of the hardship and struggles of the working-class people who make this city great. The real estate developers, hedge fund managers, and police unions that dominate our politics are on the march, anticipating a return to unchallenged primacy in setting the limits of debate in the city.

The other path would be led by a progressive mayor who takes on the establishment and puts working-class and low-income New Yorkers of color at the center of her vision. Wiley’s positions on the major issues—from affordable housing to education to gun violence to an investment in the care and green economies—are innovative and unapologetically progressive. They are inspired by the bold visions developed and nurtured by insurgent social movements and community groups.

Equally important, Wiley is the progressive who can win. The race has come down to two defenders of a grotesquely unequal New York (Adams and Yang), a technocratic moderate (Garcia), and a tough, proven leader who has devoted her career to social justice (Wiley). Whatever the merits of the other progressive candidates, they are now so hobbled by controversies that there is simply no way for them to win this race. In this crowded field of candidates, Wiley will need all progressives to rally to her side in these closing weeks in order to prevail. At a crucial juncture in the 2020 presidential election, progressives coalesced behind Biden, regardless of whom they had supported in the primary. We need that same kind of united-front sensibility now, but in this case we can unite behind a lifelong progressive without any hard swallows. With the recent endorsements of Wiley by Alexandria Ocasio-Cortez, the Working Families Party, and Jamaal Bowman, momentum is building.

Wiley’s election would be the culmination of a progressive electoral insurgency over the past decade. Primary challenges have transformed the City Council, the State Legislature, and the congressional delegation. Progressives have begun to uproot a failed Democratic establishment that has coddled the 1 percent and accepted a status quo of obscene racial and economic inequality. Insurgent candidates have often been outsiders to machine politics. They have been teachers, nonprofit advocates and organizers, union members, and one justly famous bartender. It’s not a coincidence that our most principled public servants are people grounded in communities, accustomed to struggle, and accountable to movements and communities rather than operating from their own vanity.

Wiley stands in that tradition. She pioneered solutions to address “structural racism” long before that term came into vogue, and before politicians realized they needed to (if only performatively) salute the flag of racial justice. She worked collaboratively with grassroots groups around the country to develop and implement those ideas. She has been a civil rights lawyer and built a racial justice action tank that has been at the cutting edge of change. She championed solutions for digital equity and universal and inclusive broadband. And she was a leading voice nationally for the rule of law in the dark days of the Trump years.

At an early campaign event, Wiley told a story about why she’s in this race. She movingly described how her best friend growing up, also a black girl, was wronged and harmed by unequal education and housing systems. She said she was running to be mayor for all the boys and girls like her friend who are struggling and striving in today’s New York. After 109 male mayors in a row and 108 white mayors, almost all of whom who have faithfully served the city’s titans, it’s time for a mayor whose allegiances and loyalties are to the other New York. We need a mayor with a track record of change and the spine to stand and fight the formidable forces blocking change in this city. She pledges to work for “one city, rising together, out of the ashes and into a future we build and live together.” Maya Wiley is the inspiring and right choice for mayor of New York.

NJ be reimbursed by the restaurant to cancel reopenings: the Assembly Republican

Ron Johnson at the center of the storm: “People are out to destroy me”