By spackling our skies with thousands of satellites, SpaceX and Amazon want to make high-speed internet available to everyone.

SpaceX’s Starlink has in orbit and has been beta testing its internet service in select areas of the United States, Canada, and the UK. Amazon’s Kuiper Systems hasn’t deployed any yet, but the company said it plans to launch more than 3,200 satellites.

There are plenty of benefits to this new space race, and some negatives. Let’s unpack it all.

The benefits of satellite internet

In sparsely populated regions, the cost of installing broadband infrastructure is too high for many internet service providers (ISPs) looking to make a profit on subscriptions, so they either ignore them or jack up prices.

In the U.S. alone, the number of people without access to high-speed internet could be upwards of 40 million, BroadbandNow, a broadband comparison site, reported in 2020. Lack of access skews higher in rural and Tribal areas.

During a pandemic, when working and going to school from home is sometimes the only safe option, this digital divide can be more than just frustrating for those without reliable internet access. It can be dangerous.

Starlink and Kuiper could help solve that problem. Early tests with Starlink show median download speeds around 70 Mbps in many U.S. counties, with some users hitting speeds of 170 Mbps, according to data gathered by PCMag. Currently, the FCC considers any internet connection above 25 Mbps “high speed,” but some consider that insufficient for a modern household. Common Sense Media said providing access to 100 Mbps is what’s needed to really close the digital divide.

Once the constellations are fully operational, Starlink customers will theoretically be able to stay connected to stable, fast internet no matter where they are — provided they can afford it. It currently costs $499 for the satellite dish, plus a $99 monthly subscription. Those prices could change after the beta stage.

If they don’t, Starlink will be too expensive for a lot of people. Even with the FCC’s recent, temporary approval of a $50 monthly internet subscription subsidy for low-income homes, that’s still a steep initial investment. The FCC also awarded SpaceX  $885 million to provide internet service to underserved areas in 35 states, but it’s not clear how that will affect prices.

SpaceX CEO Elon Musk has said Starlink’s most difficult challenge is lowering the cost of the user satellite terminal.

Lowering Starlink terminal cost, which may sound rather pedestrian, is actually our most difficult technical challenge

There are no details yet about the pricing of Kuiper.

Despite wide coverage, the Starlink beta is only available to people in select areas as the company expands its satellite constellations for better service. But it’s easy to see why SpaceX’s investment would pay off: They can provide service to remote areas and big cities with their satellites.

While we know Kuiper’s internet constellation will also cover the globe, there are no details yet on where or precisely when it will begin operating.

How it all works

Both Starlink and Kuiper Systems are looking to spend around $10 billion on similar infrastructures. Starlink just has a head start.

Here’s how they work. First, SpaceX and Amazon ground stations communicate with their respective satellite networks.

SpaceX has tested using lasers to transmit data between satellites, which reduces the number of ground stations needed for wide coverage.

The signal then travels via radio waves from the satellites at the speed of light down to consumers. (While fiber-optic cables transmit data using light, they do so at roughly 70 percent of the speed of light.) Kuiper will work nearly identically.

Satellites for older companies, such as , operate at around 22,000 miles up. Starlink and Kuiper satellites are designed to work at lower altitudes, between 200 to 400 miles. That allows Starlink to provide higher download and upload speeds with lower latency.

It’s very similar to Dish Network’s satellite TV setup. People who want to connect need to make sure their dish has a clear view of the sky. While bad weather has been known to interrupt Dish TV, so far it hasn’t been a problem for Starlink users in . This is primarily due to advancements in antenna and receiver technologies as well as the much shorter physical distances between the Starlink satellites and Earth.

WATCH: Facts about space that will rock your world 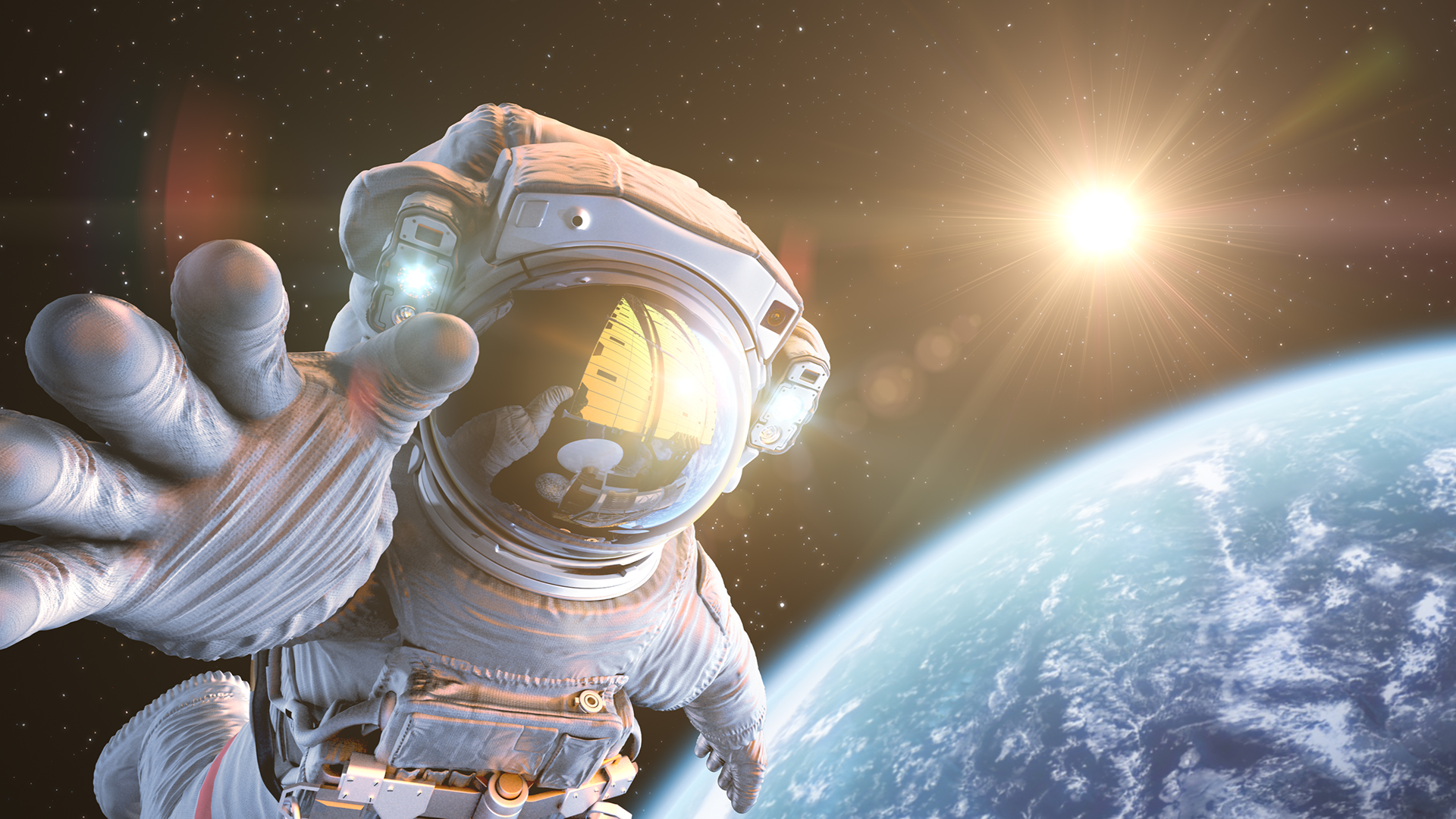 Where we’re at now

SpaceX continues to launch more satellites into low-Earth orbit, 60 at a time, and is currently focusing on filling out coverage in northern latitudes around the U.S./Canada border.

The FCC has the company permission to launch nearly 12,000 satellites. SpaceX CEO Elon Musk has a goal of launching decades down the line.

As for Amazon, Kuiper Systems hasn’t launched any satellites yet. It has a smaller goal of launching 3,200 satellites. Kuiper is headed by Rajeev Badyal, a former vice president of Starlink operations.

There are some other players in the satellite internet market too, as well as a handful that tried and ultimately failed to make waves. is building a similar internet constellation to Starlink. It has 104 satellites in orbit with a first phase target of 650 by 2022. OneWeb declared bankruptcy in 2020 but has since bounced back and plans to continue with launches. Other competitors include Globalstar and Iridium SSC, which have launched only a few dozen satellites each.

Overall, it’s hard to imagine 42,000 satellites not causing some problems. Satellites in low-Earth orbit can interfere with ground transceivers attempting to communicate with other satellites, an issue that has about OneWeb’s constellation. As part of its decision to greenlight Kuiper, the that the company improve its designs to reduce the likelihood of interference.

Another problem: Some satellites in higher orbits don’t fall and burn up in Earth’s atmosphere. If they malfunction or are damaged, the . While some of SpaceX’s satellites are low enough to fall, others are high enough to eventually float around Earth like deadly hunks of garbage.

For scientists and space missions, having so many bright satellites dotting the sky can get in the way of telescope observations and make launching spacecraft even trickier than it already is. You certainly don’t want to hit a satellite on your way to another planet or the moon.

Even if all these issues could be managed in a safe and environmentally friendly way, price points are still an issue. The internet is a necessary utility in modern society. While satellite internet is expensive to install, efforts need to be made to make it accessible to everyone. Otherwise closing the digital divide will be very difficult.

It is using the Convention center. Now, it's a makeshift hospital COVD-19 patients.