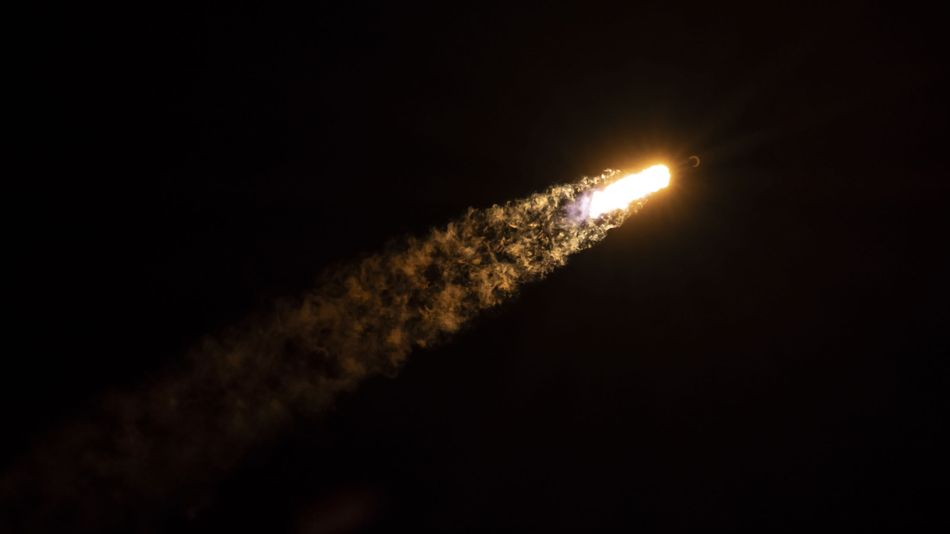 While most of America was asleep this morning, SpaceX successfully launched and landed its Falcon 9 rocket again.

The Falcon 9, the “first orbital class rocket capable of reflight,” departed from the Kennedy Space Center in Florida at 6:01 a.m. ET on Sunday. The rocket launched 60 satellites into orbit, then safely landed about nine minutes after leaving Pad 39A.

The Falcon 9’s first-stage booster proceeded to land on SpaceX’s drone ship, “Of Course I Still Love You,” which was positioned in the Atlantic Ocean. The endeavor marks a record ninth successful launch and landing for the booster.

Since the rocket blasted off in the early hours of the morning the sky was still dark, which allowed for stunning photos and video to be captured. SpaceX tweeted several standout clips and images, but if you’re eager to see more you can always watch the full launch above or on the SpaceX website.

If you find yourself complaining about Daylight Savings today, stop and think about the Falcon 9. That rocket’s been hustling since 6:00 a.m. — an inspiration to us all.

Asymptomatic COVID-19 the patient has a weak immune response, the China study found

Perseverance snaps a Mars selfie with its buddy Ingenuity