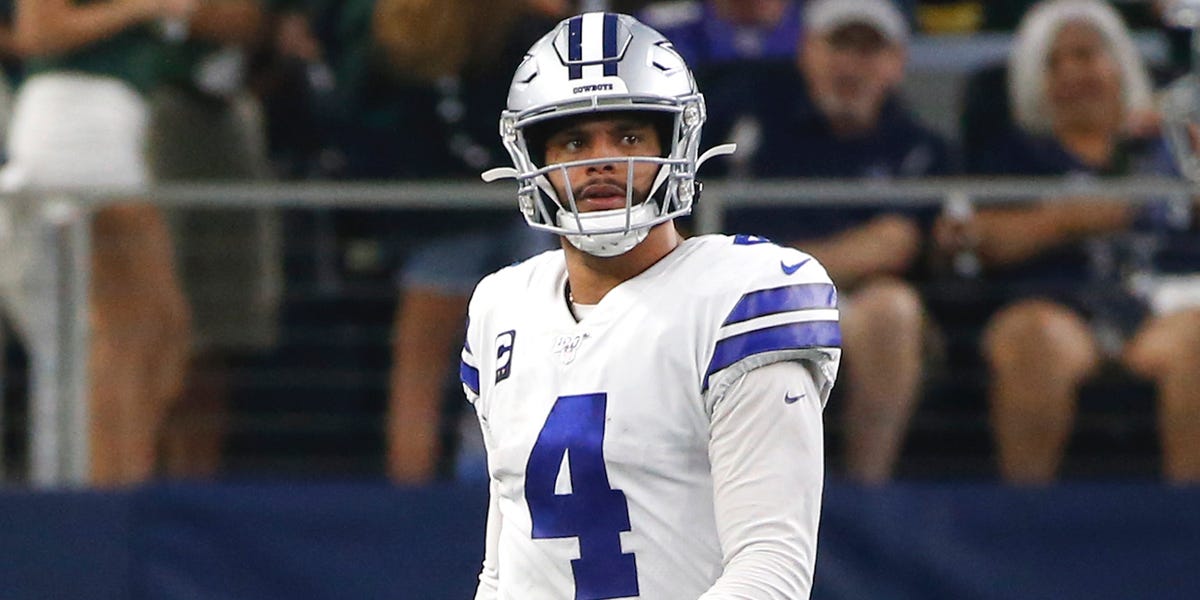 With a playoff spot on the line, a coach in the hot seat, Dallas Cowboys know they have started strong in their Week 15 matchup against the Los Angeles Rams.

However, Jason Garrett’s squad, started its mistakes as early as possible with the opening of the toss.

Although the Cowboy is rightly called a primary to win this coin, in their home stadium, quarterback Dak Prescott initially said that his team to begin the start of the first half. This will give the Rams the ball starts to breakdown And Choose to receive the ball to open the second half.

Referee Walt Anderson to give Prescott the chance to clarify what he wants. He made the final use of the word delayed, but Anderson did not hear or choose with the first couple of signs of kicking the ball.

“Defense, defense,”Prescott said of the referee. “We want to kick it. Kick this way.”

“You want to kick?” The referee for clarification.

“We defer to the second half of the year, Yes,”Prescott answered.

“Okay, you want to kick,”officials say, also, in speaking of the Rams captain.

The entire first half is the play everyone expected the Cowboys to start the second half. However, officials reviewed the video in half and reverse the decision.