Leeds United have joined the race to sign Manchester City’s Argentine striker Sergio Aguero, 32, when his contract expires at the end of the season. (90min)

Mbappe will not sign a new contract at PSG because he wants to join Real Madrid. (Cuatro – in Spanish)

Real Madrid are prepared to use Brazil forward Vinicius Junior, 20, in a deal to sign Mbappe this summer. (El Chiringuito, via Metro)

Real’s 29-year-old Spanish winger Lucas Vazquez, whose contract expires at the end of the season, has not committed his future to the Bernabeu amid interest from Manchester United and Chelsea. (Sun)

Manchester United and Uruguay forward Edinson Cavani, 34, is “closer than ever” to a deal to join Boca Juniors this summer. (ESPN)

Lyon have set a £25m asking price for Danish centre-back Joachim Andersen, 24, who is currently on loan at Fulham. Manchester United and Tottenham are considering a move. (Metro)

West Ham are interested in signing Venezuela midfielder Yangel Herrera. The 23-year-old is on loan at Granada from Manchester City. (Todofichajes – in Spanish)

Leeds have been priced out of a move for PSV Eindhoven and England Under-21 midfielder Noni Madueke. PSV would want in the region of £20-25m for the 19-year-old – more than Leeds would be willing to pay. (Football Insider)

Japan winger Takumi Minamino, 26, says he was “surprised” by Liverpool’s decision to loan him to Southampton in January. (Independent)

Saints are in negotiations to extend English forward Theo Walcott’s stay at St Mary’s. The 32-year-old is currently on a season-long loan from fellow Premier League side Everton. (Southern Echo)

Brighton manager Graham Potter says he is keen to extend English striker Danny Welbeck’s stay at the club, but talks will not take place until the summer. The 30-year-old’s deal expires in June. (Sky Sports)

Chelsea and Italy midfielder Jorginho 29, says he would like to return to former club Napoli before the end of his career. (Sky Sport Italia)

Former Liverpool midfielder and Brazil international Philippe Coutinho, 28, is among nine players who will be put up for sale by Barcelona this summer. (Mirror)

Brazil winger Willian, 32, is determined to succeed at Arsenal despite a difficult first season at the club since joining from Premier League rivals Chelsea. (Mirror)

Sevilla are interested in Wolves’ Spanish striker Rafa Mir, 23, who is currently on loan at La Liga club Huesca. (La Razon – in Spanish) 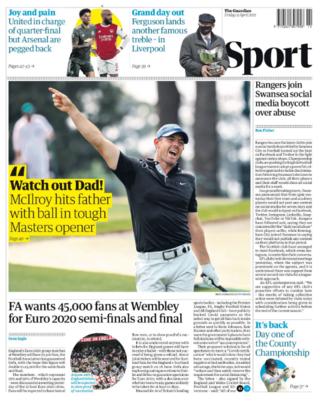 Guardian back page: FA wants 45,000 fans at Wembley for Euro 2020 semi-finals and final 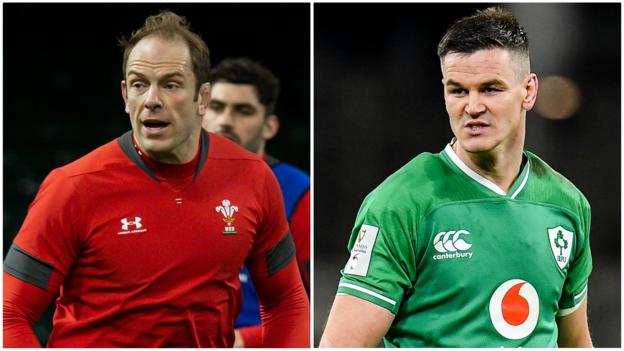