Earlier this week, influencer and bestselling self-help author Rachel Hollis apologized for appearing to compare herself to Harriet Tubman. “I know I’ve caused tremendous pain by mentioning prominent women — including several women of color — whose struggles and achievements I couldn’t possibly understand,” the author of Girl, Wash Your Face and Girl, Stop Apologizing wrote in an Instagram post. The post served as her second apology over the controversy, which has been roiling on social media for nearly two weeks.

Hollis’s ill-fated Harriet Tubman comparison emerged in a now-deleted TikTok video posted in late March, in which she responded to charges that when she talks about “this sweet woman” in her employ who “cleans the toilets,” she sounds “unrelatable.”

“What is it about me that made you think I want to be relatable?” Hollis asked rhetorically. “No, sis. Literally everything I do in my life is to live a life that most people can’t relate to.”

After outlining some of the ways in which she sees herself as exceptional, including her willingness to wake up at 4 am and fail publicly when she has to, Hollis comes to her conclusion: “Literally every woman that I look up to is unrelatable,” she says. “If my life is relatable to most people, I’m doing it wrong.”

For many observers, the post appeared clumsy at best and racist at worst. Was Hollis really saying that her struggles to build a brand as a lifestyle guru — a brand built on the sense she has created that she is just like her fans — was the same as Harriet Tubman escaping slavery and then going back to help other enslaved people escape? And was she really trying to tell her followers that she never wanted to be relatable after selling thousands of books telling them all the ways in which she was the same kind of person they were? And was she really doing it while simultaneously referring to her housekeeper as the “woman who cleans her toilets”?

“EVERYONE works as hard as you do,” wrote one Twitter responder, “especially the woman on her hands and knees scrubbing your toilet while you prance around making videos abt how much better you are than she is & call it ‘work.’”

“The privilege to fail so majorly so often is one I, or any Black woman, do not have,” said the self-help author Luvvie Ajayi Jones on Instagram. “People try to destroy us for much less. Meanwhile, she goes to sell 2 million books without effort while saying appalling things. She still has 1.7 million followers. That is privilege.”

On April 4, Hollis made her first apology — but it was an apology that displaced all blame for what happened onto those who, Hollis said, had misinterpreted her, and a “team” that had failed to do its job correctly. In a now-deleted Instagram post, she maintained that she had not actually been comparing herself to any of the women that she had mentioned, and that “to believe that because I mentioned them, I am comparing myself to them is ludicrous.”

She added that she had waited so long to respond to the backlash over her original video because she believed her “team” when they said they could handle things, and instead, “I should have listened to my gut.”

In the face of widespread criticism, Hollis would eventually delete this apology and replace it with another. “I am so deeply sorry for the things I said in my recent posts and the hurt I have caused in the past few days,” she wrote, adding, “By talking about my own success, I diminished the struggles and hard work of many people who work tirelessly every day.”

The Rachel Hollis controversy has had legs for a few reasons. There’s the hypocrisy of an influencer claiming that her goal has never been to be relatable, when relatability is at the core of her brand. There’s the implication that her achievements as a self-help author are on the same level as the achievements of women like Harriet Tubman. There’s the casual dehumanization involved in referring to a housecleaner as someone who “cleans the toilets.” There’s Hollis’s insistence that the reason other people are not as successful as she is — including, we would have to presume, her housecleaner — because they are not working as hard as Hollis is at her job as a lifestyle and self-help influencer.

But the controversy is also lasting as long as it has because it is in certain ways unsurprising.

It has become bizarrely common in recent years for prominent figures in the quasi-feminist “lean in, girl” corporate white women’s empowerment movement to compare their own struggles to the much higher-stakes obstacles faced by famous women of color.

Hollis herself has cycled through variations of this controversy before. In 2019, she appeared to plagiarize multiple inspirational quotes on her Instagram, mostly quotes from women of color. She’s fond of sassy white lady use of African-American Vernacular English, from her choice to call her imagined interlocutor “sis” in the Harriet Tubman video to the title of the Girl, Wash Your Face franchise.

But Hollis is not the only white figure who has appropriated the struggles of women of color to dress up her own. Ivanka Trump’s 2017 self-help book Women Who Work used a quote from Toni Morrison’s Beloved, about an enslaved woman who killed her baby in order to prevent the child from being taken into slavery, to introduce the idea that women who work are sometimes slaves to their schedules.

And this sense of appropriation goes all the way to the roots of the self-help movement Hollis champions. Hollis’s Girl, Wash Your Face brand is based on the idea of wellness and self-care, on the notion that putting in the work to care for one’s self is a brave and radical act, and that it can look as simple as, well, washing your face.

But when self-care was invented, it was an explicitly political act. “Caring for myself is not self-indulgence,” wrote Audre Lorde in A Burst of Light and Other Essays in 1988, in a phrase that has now been reproduced on inspirational Instagrams across the internet. “It is self-preservation, and that is an act of political warfare.”

Lorde’s self-care was different from the bath bombs and yoga classes today’s wellness influencers prescribe. Lorde was a Black lesbian poet who got a single mastectomy after she was diagnosed with cancer. She was someone who our culture treated as disposable, and she was trying to love herself and care for herself anyway, with honesty, in the best way that she could.

So self-care for Lorde meant refusing to get a breast implant or wear a false breast after her mastectomy. It meant insisting on dressing and grooming herself well, even single-breasted, as a sign that she valued herself when the world refused to value her. That insistence on self-care was genuinely subversive and anti-capitalist — and it was part of how Lorde readied herself to engage in political activism. She took care of herself so that she could find the strength to change the world.

The wellness and self-care at the center of Hollis’s brand is not about changing the world, and it is not anti-capitalist. It is about buying stuff, and specifically about buying Hollis’s books and tickets to her retreats ($65 a ticket for the virtual version).

“Wellness is being commodified,” wrote the influencer Rachel Cargle on Instagram in response to the Hollis controversy, urging her followers to “meditate AND call your senator. Go to yoga AND vote.”

In the caption of her text post, Cargle added, “The issue I have with many celebrated white wellness spaces and women’s empowerment influencer or brands is that they oddly seem to equate ‘success’ to getting what white men have and wielding that power in the exact same oppressive inhumane way that white men have been doing for generations.”

The issue Cargle identifies is, in the end, the biggest act of appropriation in the entire corporate white feminist enterprise, the whole project that Hollis is selling. It’s the decision to take a political movement built to deconstruct our existing systems of power — and use it to do nothing but support the status quo. 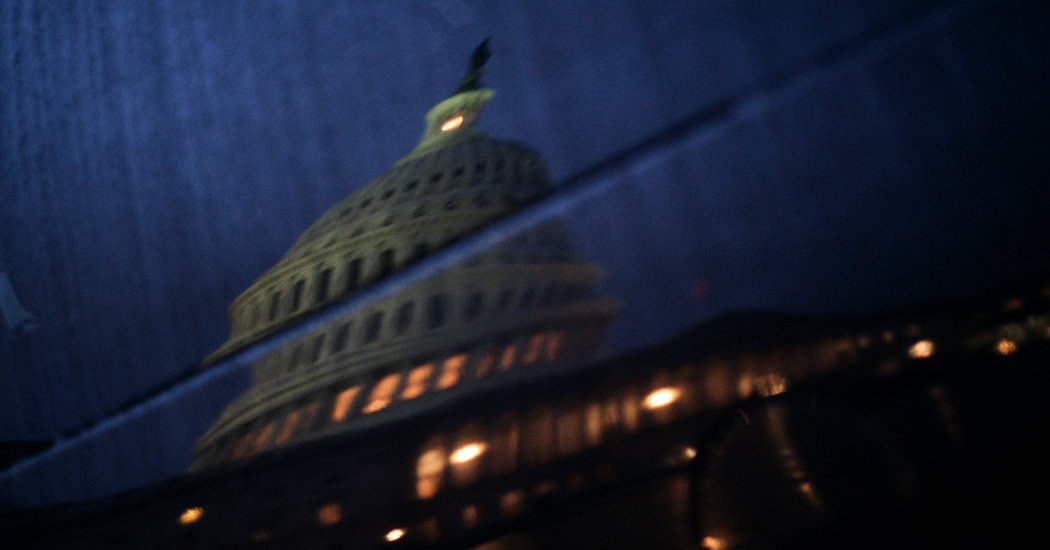 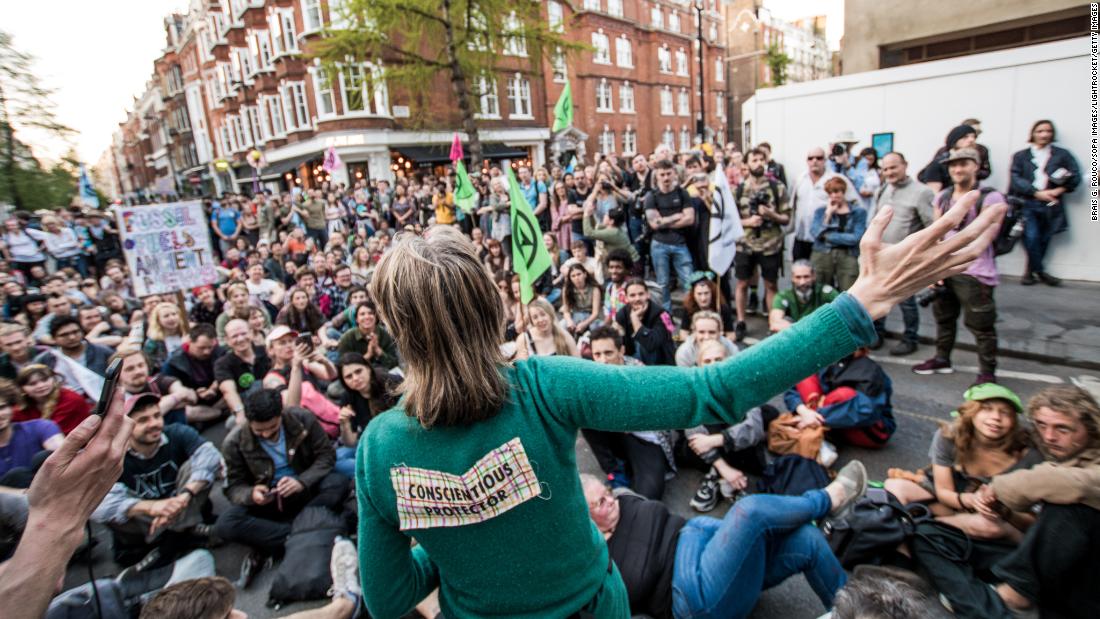 A psychedelic journey, a radical strategy and perfect timing: How Extinction Rebellion was made