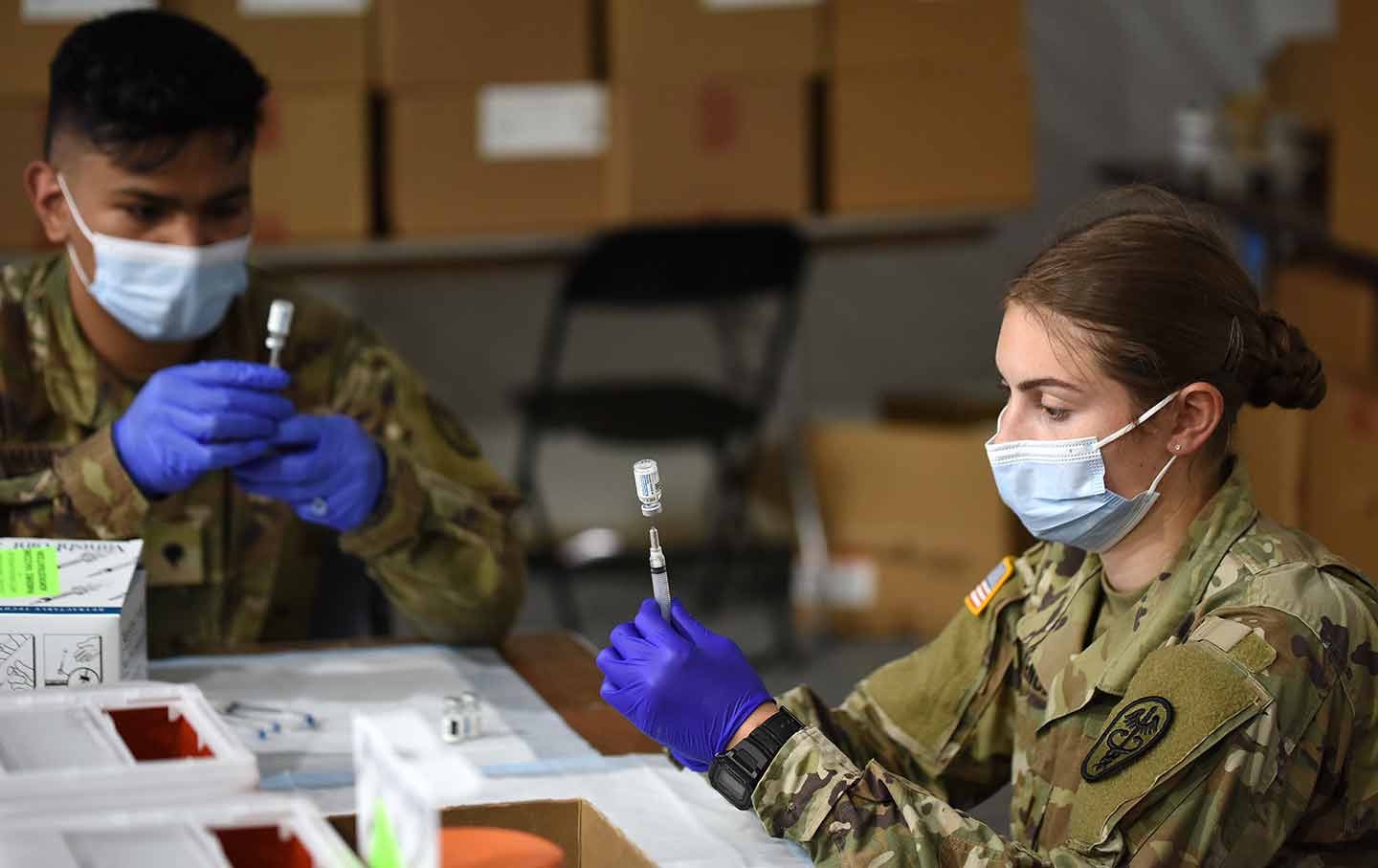 After more than a year of Covid, everyone on Twitter is an epidemiologist now. Ever since the news broke early Tuesday that the Food and Drug Administration (FDA) and the Centers for Disease Control and Prevention (CDC) recommended that states “pause” their Johnson and Johnson vaccine efforts because of evidence that six women between the ages of 18 and 48 had experienced rare blood clots after being vaccinated (one died and another is in critical condition), social media has been swarmed by folks with no medical background who are nonetheless convinced the federal agencies are making a horrible public health mistake. Admittedly, six clotting episodes out of more than 6 million doses delivered looks like a literal one in a million risk. And that made it easy for some would-be experts to proclaim that the regulators are wrong.

As he tends to do, data journalist Nate Silver cannonballed into the deep end of the pool, with no doubt there to muffle his big splash:

6 cases out of 7 million people. What a disaster. This is going to get people killed. And it’s going to create more vaccine hesitancy. These people don’t understand cost-benefit analysis. They keep making mistakes by orders of magnitude. https://t.co/DQdvqoujHR

Silver had a lot of company, though not everyone’s reply was as one-dimensional. Ezra Klein of The New York Times at least nodded to the very real dilemma that regulators faced: If they got the J&J decision wrong, “trust could collapse in all the vaccines, and in future vaccines.” But Klein still concluded that the decision to pause vaccinations was the bigger risk, and suggested that the agencies might have considered alternatives like “since the clots were all in women, use J&J for men, and Pfizer/Moderna for women.” It’s not a crazy idea; it might be the plan going forward.

But all the Twitter epidemiologists are substituting their own (comparatively uninformed) opinions for those of the scientists and policy-makers in charge of making these decisions. Vaccine hesitancy is a very real obstacle to a full social recovery from Covid. Perhaps, as a woman, I have more innate concern and curiosity about what the clotting might mean, especially in younger women, mostly of child-bearing age, at comparatively lower risk for Covid in the first place. The type of blood clots reported to date are rare, dangerous, and actually worsened when treated the way more common clots are. Researchers need time to sort through the medical evidence and publicize the right response. (This is an excellent thread by a doctor.)

We don’t know anything about the race, ethnicity or health status of the women who’ve been afflicted; those data points could be important. Given the history of medical research ignoring differences between men and women’s bodies, as well as racial differences—not to mention actively experimenting on Black patients to their own detriment—it’s important to get this right. Get the data right, and get the messaging right as well.

It’s possible the news will spread vaccine hesitancy, about the J&J jab as well as the Pfizer and Moderna shots. But if more cases of clotting were reported, and more deaths, without action by regulators, the ripple effect could well be worse. We live in a society riven by mistrust; lies and distortions about Covid by “the former guy” are part of the problem. As President Biden climbs out of the deep hole dug by the Trump administration, transparency and honesty are his most valuable assets. To quickly say, “We’re going to offer this only to men, and perhaps to older women,” without a full debriefing and explanation of what they’ve found would have its own dangers. The anti-vaxxers are making hay over this, sure—but if the vaccinations weren’t paused and someone else died, etc., they’d go even crazier.

I hope the pause is a brief one. Although the J&J option makes up only about 10 percent of the vaccines administered so far, it’s an important tool in the arsenal, requiring only one dose and easier to store and transport than the other two options. Some people like its convenience. But we have to remember that all three vaccines are relatively new and only received an “emergency use authorization.” That fast-track authorization already caused some people hesitancy to risk a shot. Telling the truth might increase that hesitancy, but Americans are owed honesty given the newness of this whole venture.

Many Twitter “experts,” including Klein, think Americans should have been told about the clotting problem, and been allowed to make their own decision about whether to risk it. I think that’s ultimately going to have to be part of the solution, but it would have been an irresponsible compromise right now given what is and isn’t known about the risk. People argue that we should trust Americans to be informed consumers. But I think we also have to trust Americans to have a little patience when a new-product rollout of this magnitude and importance hits a bump in the road. Many are concerned that when the federal agencies say it’s OK to restart vaccines, it won’t receive the same blaring “breaking news” treatment the pause did today. If that happens, it’s on the journalists who downplay it, not so much the regulators who are being cautious.

There could even be a bright side to the pause: Today, Donald Trump blasted the Biden administration’s decision, suggesting without evidence that it was done to boost the Pfizer vaccine over J&J: “The results of this vaccine (J&J) have been extraordinary.” Public health experts say Trump supporters are the most likely to be vaccine skeptics, and have urged Republican men to speak out about vaccine safety (even Mitch McConnell did so). But so far: not Trump. Though he got his vaccine before leaving the White House, he kept it private, resisting pleas that he use his own experience to reassure anxious supporters the drugs weren’t a plot by George Soros or the Deep State. But now he’s called J&J “extraordinary.” Maybe we’ll see that endorsement in public service ads once the vaccines are judged safe again.