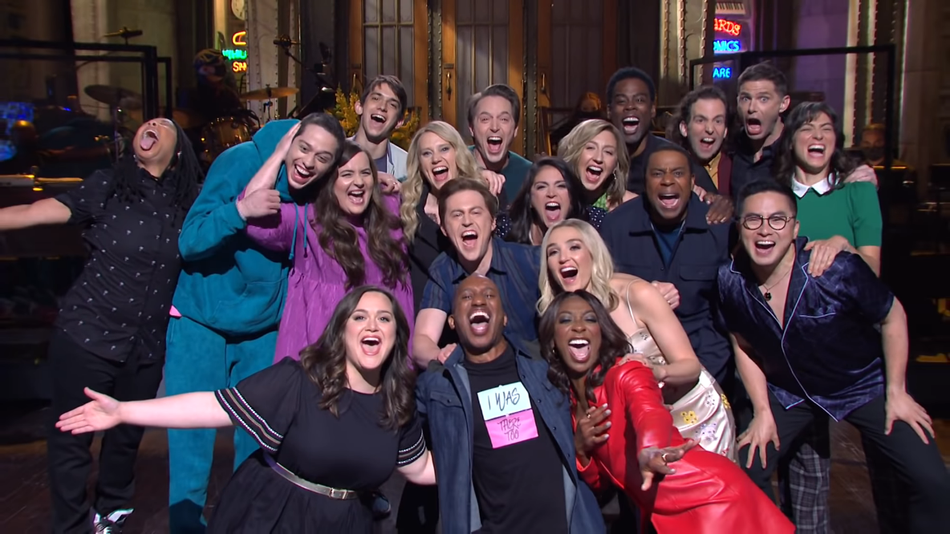 It sure is dusty in here.

Saturday Night Live‘s 46th season finale opened not with a heightened and absurd take on modern politics or a string of knee-slapping pop culture references. Instead it went right for the feels, with the show’s entire cast (minus Weekend Update hosts Michael Che and Colin Jost for some reason) taking a moment to look back on the thrills and terrors of unfurling an entire season of TV in the midst of a deadly pandemic.

In typical SNL fashion, one of the cold open’s highlights involved a surprise guest: Chris Rock. It was Rock who kicked off Season 46 as the show’s host back in October, and he scrambles our brains with two factoids about that week: He couldn’t get Kanye West on as his hoped-for musical guest because Kanye was too busy running for president. That was also the week the former U.S. president, who Rock blessedly doesn’t bother to name, contracted COVID-19.

The feels really come crashing in at the end though, as Aidy Bryant, Kate McKinnon, Cecily Strong, and Kenan Thompson — the show’s most veteran cast members, who also open the sketch and appear throughout — pay tribute to the late Hal Willner, SNL‘s former music producer, and marvel at their little work family.