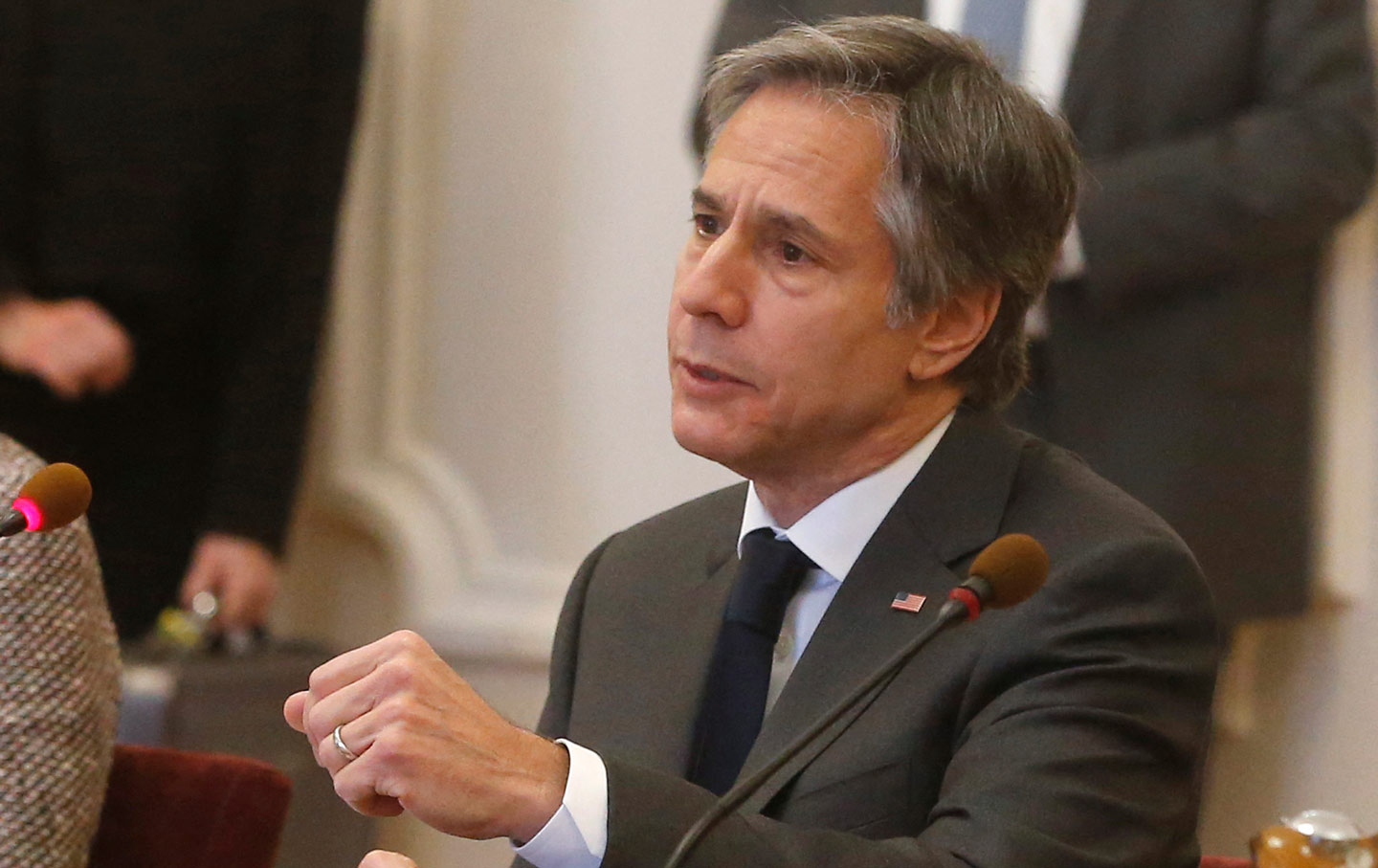 US Secretary of State Antony Blinken during a meeting in Kyiv, Ukraine, on May 6, 2021. (Efrem Lukatsky / AFP via Getty Images)

From the moment he was nominated for secretary of state, the media has made much over the Holocaust’s impact on Antony Blinken. Blinken’s stepfather was a famous survivor; his upbringing made the Holocaust an indelible part of Blinken’s identity. Indeed, last month Blinken lambasted America’s callousness during the genocide, going so far as denouncing a World War II–era State Department official for refusing to aid Jews fleeing Europe.

The speech was hailed as a righteous reckoning—and it was. But condemning long-dead officials is one thing. Today, Blinken will have a chance to stand up for Holocaust victims in a far less comfortable environment. He will visit Kyiv, a city where, merely a week ago, hundreds marched in honor of a Nazi SS division. The march was denounced by Germany and Israel, but not the United States.

Blinken’s visit becomes a crucial test, considering that Ukraine is a key US ally: Addressing Kyiv’s blatant glorification of Nazi collaborators would be an opportunity to rise above the failures of his predecessors, placing the Holocaust above geopolitics.

Last Wednesday’s march was in honor of SS Galichina, a Ukrainian volunteer division in the Waffen-SS, the Nazi Party’s military arm responsible for the Holocaust. In 1944, SS Galichina was personally inspected by Heinrich Himmler, Hitler’s second in command and one of the principal architects of the Holocaust. The division’s record of war crimes includes the Huta Pieniacka massacre, when an SS Galichina subunit exterminated around a thousand Polish villagers, chiefly by burning them alive.

The sight of hundreds proudly carrying placards with SS divisional insignia in the middle of a European capital proved too much even for Ukraine’s allies. The German and Israeli ambassadors vigorously condemned the march, as did the Israeli foreign ministry. Initially, Ukrainian president Volodymyr Zelenskiy said nothing, releasing a condemnation only after Germany and Israel weighed in. Meanwhile, Blinken’s State Department remained silent; the day after the march, a State spokesperson called out Ukraine’s corruption but mentioned nothing about the SS commemorations.

The US embassy in Kyiv did not respond to a request for comment, while a State Department spokesperson replied, on background, “We welcome President Zelenskyy’s strong statement condemning the march,” and that the department “continues to monitor and systematically refute a longstanding Russian disinformation campaign that conflates support for Ukrainian sovereignty with support for neo-Nazi and fascist ideals.”

The comment did not explain what, if any, connection Kyiv’s SS march has with Russia or disinformation.

But the truly surprising thing is that Kyiv’s SS march made headlines at all. The reality is that glorification of Nazi collaborators and Holocaust perpetrators isn’t a glitch but a feature of today’s Ukraine.

Shortly after the Maidan uprising of 2013 to ’14 brought in a new government, Ukraine began whitewashing Nazi collaborators on a statewide level. In 2015, Kyiv passed legislation declaring two WWII-era paramilitaries—the Organization of Ukrainian Nationalists (OUN) and the Ukrainian Insurgent Army (UPA)—heroes and freedom fighters and threatening legal action against anyone denying their status. The OUN was allied with the Nazis and participated in the Holocaust; the UPA murdered thousands of Jews and 70,000–100,000 Poles on their own accord.

Every January 1, Kyiv hosts a torchlit march in which thousands honor Nazi collaborator Stepan Bandera, who headed an OUN faction; in 2017, chants of “Jews Out!” resounded during the march. Such processions (often redolent with anti-Semitism) are a staple in Ukraine. Indeed, Kyiv’s SS Galichina march is a pale shadow of the festivities in western Ukraine—in 2018, L’viv’s SS Galichina parade saw over a thousand marchers with coordinated Nazi salutes.

The glorification of Nazi collaborators extends from the national to the local level. Earlier this year, I chronicled the astonishing proliferation of streets named after and monuments to collaborators, including Holocaust perpetrators. During his visit, Blinken can embark on a tour of over 20 plaques, streets, and monuments devoted to SS Galichina fighters alone. Ukraine’s total number of monuments to Third Reich collaborators who served in auxiliary police battalions and other units responsible for the Holocaust number in the several hundred. The whitewashing also extends to official book bans and citywide veneration of collaborators.

The typical reaction to this in the West is that Ukraine can’t be celebrating Nazi collaborators because it elected Zelenskiy, a Jewish president. Zelenskiy, however, has alternated between appeasing and ignoring the whitewashing: In 2018, he stated, “To some Ukrainians, (Nazi collaborator) Bandera is a hero, and that’s cool!”

Earlier this year, the city of Ternopil named a stadium for Roman Shukhevych, an officer in a Third Reich auxiliary battalion who later led the UPA. The move triggered denunciations by Israel and the Simon Wiesenthal Center; Zelenskiy remained mum.

Blinken, the stepson of a survivor, has the opportunity to stand up for the 1.5 million Ukrainians slaughtered by Germans and collaborators. It’ll be a chance for the Biden administration to combat white supremacy. And since Eastern Europe is rife with the whitewashing of Holocaust perpetrators—including other SS divisions—Blinken’s position will have ramifications beyond Ukraine. 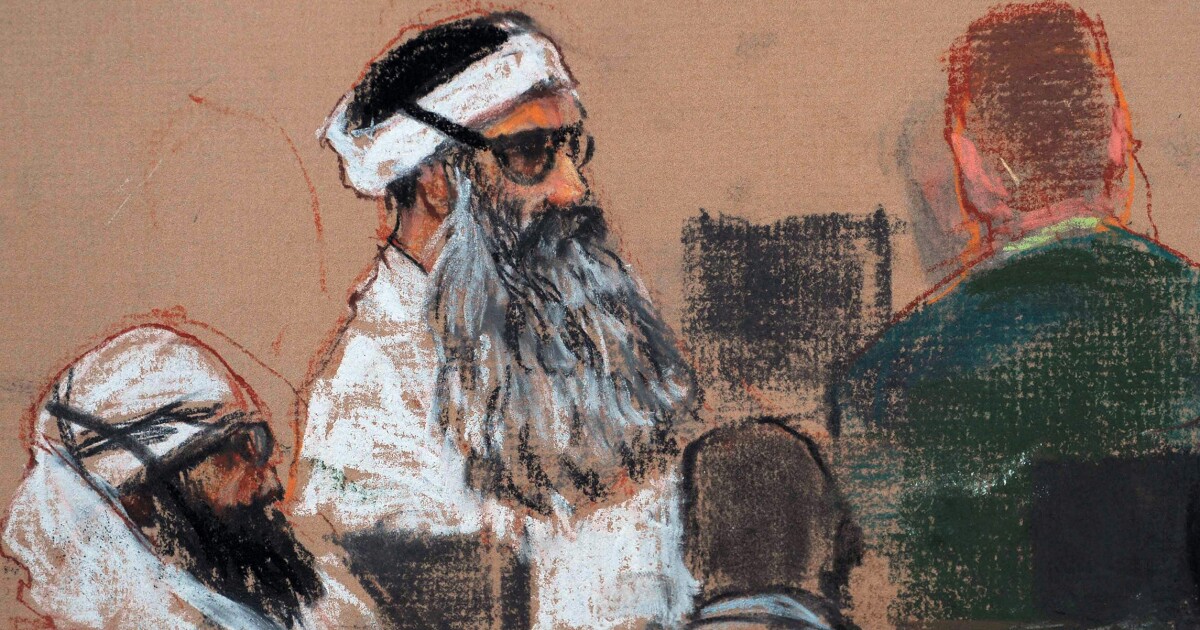