BRUSSELS — A diplomatic flurry from the White House and Europe added pressure on Israel and Palestinian militants in Gaza on Wednesday to halt their 10-day-old conflict before it turned into a war entangling more of the Middle East.

President Biden spoke with Prime Minister Benjamin Netanyahu of Israel — their second phone call in three days — telling the Israeli leader he “expected a significant de-escalation today on the path to a cease-fire,” administration officials said. Although they portrayed the call as consistent with what Mr. Biden had been saying, his decision to set a deadline was an escalation.

And in Europe, France and Germany, both strong allies of Israel that had initially held back from pressuring Mr. Netanyahu in the early days of the conflict, intensified their push for a cease-fire.

French diplomats sought to advance their proposed United Nations Security Council resolution that would call on the antagonists to stop fighting and to allow unfettered humanitarian access to Gaza. It remained unclear on Wednesday if the United States, which has blocked all Security Council attempts to even issue a statement condemning the violence, would go along with the French resolution.

The German foreign minister, Heiko Mass, said he hoped to fly to Israel on Thursday for talks with Israelis and Palestinians.

Taken together, the developments represented a more determined Western effort to halt the conflict between Israel and Hamas militants in Gaza, the impoverished coastal territory of two million Palestinians ruled by Hamas since 2007. It has been a chronic flash point in the long-running Israeli-Palestinian conflict.

Despite suggestions by some officials that a cease-fire could come within days, violence flared throughout Wednesday, spilling beyond Gaza into the occupied West Bank and in northern Israel, where the Israeli military exchanged fire with militants across the border in Lebanon. So far, Israel’s Gaza bombardment has killed at least 227 people, including 64 children. In Israel, 12 people have been killed by Hamas rockets.

Mr. Netanyahu did not comment on the conversation with Mr. Biden or specify if Israel was de-escalating. But in a Twitter post afterward, he said, “I especially appreciate the support of our friend @POTUS Joe Biden, for the State of Israel’s right to self-defense.”

None of Israel’s allies have publicly condemned the country’s actions in Gaza. And for Mr. Biden, that approach to Israel, America’s strongest friend in the Middle East, has become a tricky balancing act, with objections to Israel’s behavior growing among Democratic constituents who are pushing him to take a more assertive stand with Mr. Netanyahu.

The president’s unwavering support for Israel also has hurt the United States at the United Nations — at a time when Mr. Biden has been seeking to improve America’s engagement with the 193-member organization often denigrated by his predecessor, Donald J. Trump.

The killing of so many civilians inside Gaza has roiled Democratic members of Congress. On Tuesday, Representative Rashida Tlaib, Democrat of Michigan, confronted Mr. Biden during his trip to a Ford plant, and pleaded with him to address the growing violence in the region and protect Palestinian lives.

Representative Debbie Dingell of Michigan, who witnessed that interaction, said in an interview on Wednesday that Mr. Netanyahu’s reluctance to negotiate a cease-fire had made it harder for Democrats across the political spectrum to defend Israel’s actions.

Some saw the second phone call between Mr. Biden and Mr. Netanyahu as messaging to placate domestic constituents.

Democrats have been pushing Mr. Biden “to take a tougher line and this was his opportunity to demonstrate that he is doing so,” said Jonathan Schanzer, senior vice president for research at the Foundation for Defense of Democracies, a Washington group that supports Mr. Netanyahu’s policies. He also said Mr. Netanyahu “does not want to give the impression that he’s been told to end this conflict before it’s the right time to do so.”

For European nations, the intensified push for a cease-fire also is based partly on political calculations.

They are anxious that an unforeseen accident or decision in the Gaza conflict could bring about a ground war, as in 2014, or the intervention of Hezbollah from Lebanon, as in 2006.

But they are also conscious of domestic tensions in their own countries that have complicated the European Union’s historical support for Israel. The migration crisis of 2015 brought more than a million Muslim refugees and migrants to Europe, some with strong anti-Israel views.

In both France and Germany, the two most influential nations in the European Union, pro-Palestinian demonstrations have sometimes turned into anti-Israeli protests, including attacks on synagogues. Governments fear such protests and internal violence will worsen the longer the conflict lasts.

France is on alert for acts of Islamist terrorism, often from French-born Muslims outraged by events in the Middle East. Germany, which welcomed a million mostly Muslim migrants in 2005, is struggling to contain their anger about Israel.

At the same time, the election of Mr. Trump in 2016 also encouraged a right-wing European populism that is anti-immigration and often anti-Islamic, with a clear political identification with “Judeo-Christian values” and strong support for Israel. That is clear in France, with the far-right party of Marine Le Pen, as well as in Germany, with the far-right Alternative for Germany party.

With Hungary and Austria most prominent among Europe’s fierce Israel supporters — a group that includes key officials in Poland, the Czech Republic and Slovenia — the European Union is more divided on the issue than before.

“Trump boosted not just right-wing politics in Europe but drove a new alignment of ethnonationalist governments that tend to support Israel,” said Hugh Lovatt, a policy fellow at the European Council on Foreign Relations.

Up until now at least, there also had been a gradual de-emphasis of the Palestinian issue by governments, said Kristina Kausch, a senior fellow at the German Marshall Fund.

She attributed that de-emphasis partly to Israel’s shelved plans to annex the occupied West Bank, which Palestinians want as part of their own ambitions for an independent state, and to the 2020 Abraham Accords, Israel’s normalization of ties with the United Arab Emirates, Bahrain and Sudan, all big defenders of Palestinian rights. Ms. Kausch said there had been a sense that “the Palestinian cause can be put on the back burner, that Arab countries and people don’t care anymore.”

But this new outbreak, Ms. Kausch said, had shown “that the Palestinian cause is alive and kicking.” And no longer ignorable, at least for a while.

Still, European countries understand that Israel really only pays attention to Washington, and “so long as Israelis believe America has their back they’re not concerned with what the Europeans are doing,” said Julien Barnes-Dacey, director of the Middle East and North Africa program for the European Council on Foreign Relations.

At the beginning of this conflict, he said, the United States and Europe had been “largely sympathetic to the Israeli narrative, willing to give them some space to accomplish their military ambitions.”

In Europe at least, one reason was a political shift “toward Israel, a rightward, more anti-Islamic slant,” Mr. Barnes-Dacey said.

But as public opinion turns against Israel, he said, “European governments have to react more proactively, and there is a sharper sense that enough is enough, and that this cannot go on.”

That has been part of the motivation driving France, which has tried to mediate and simultaneously push the Biden administration to pressure Israel into halting the campaign in Gaza and demand an immediate cease-fire before the conflict escalates — as happened in 2014, when a war that included Israeli ground troops lasted seven weeks.

President Emmanuel Macron of France has been particularly active this week, meeting with President Abdel Fattah el-Sisi of Egypt and King Abdullah of Jordan and issuing a joint statement on Wednesday.

The three “called on the parties to immediately agree on a cease-fire” and to work with other nations “to reach such a cease-fire, including through the U.N. Security Council,” followed by “effective negotiations” to achieve lasting peace.

France, in a way, wants to create a path for the United States to help achieve that, suggested a senior French official who has seen France’s draft Security Council resolution. The official, who spoke on condition of anonymity because the draft hasn’t been made public, described it as short and concise.

It condemns Hamas for firing rockets on Israeli civilians, the official said, and echoes language in a similar two-page resolution passed by the Security Council during another fierce Gaza war in January 2009, and on which the United States abstained.

The draft resolution seeks a cessation of hostilities, humanitarian access to Gaza, the condemnation of the rocket barrages and any incitement to violence, the official said.

In Germany, traditional support for Israel and patience with its military campaign appears to be waning.

After speaking with Mr. Netanyahu on Monday, Chancellor Angela Merkel “sharply condemned the continued rocket attacks from Gaza on Israel and assured the prime minister of the German government’s solidarity,” said her spokesman, Steffen Seibert.

But given the many civilian lives lost “on both sides,” Mr. Seibert said, “the chancellor expressed her hope that the fighting will end as soon as possible.”

Mr. Maas, the German foreign minister, said on Tuesday that “ending the violence in the Middle East is the first priority,” followed by political negotiations. But he also blamed Hamas for the escalation.

He appeared to be responding to domestic criticism that the government has been too lenient in the face of pro-Palestinian and sometimes anti-Semitic protests.

The conservative Frankfurter Allgemeine Zeitung commented that Germany should “concentrate on internal affairs and reflect that the ‘welcome culture’ extended to refugees was astoundingly naïve when it came to anti-Semitism.”

The question for Germany now, the paper said, “is how do we teach those for whom a hatred of Israel is in their DNA that Israel’s security is part of their adopted homeland’s raison d’être?” 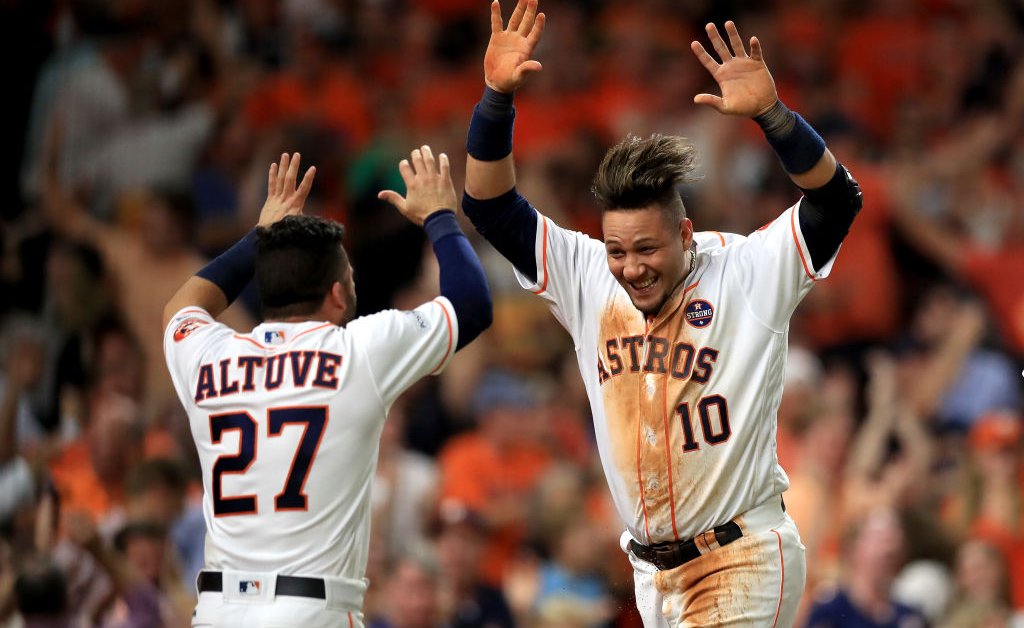