NASA astronaut Mark Vande Hei is set to lift off aboard the Soyuz MS-18 spacecraft on an April 9 mission to the International Space Station (ISS).

The flight engineer and Expeditions 64 and 65 crew member will launch that Friday from Kazakhstan’s Baikonur Cosmodrome alongside Russian cosmonauts Oleg Novitskiy and Pyotr Dubrov.

Speaking with Fox News last week, the 54-year-old said his team had completed the final examinations for activities on both the Soyuz MS-18 and the ISS.

Vande Hei noted that COVID-19 has had a “big impact” on the astronauts’ training, from wearing masks around others to making sure the virus is not carried up to the space station.

“We’ll be in quarantine, we’ll get monitored very frequently to make sure that we’re staying healthy. And then, we’ll have time to exercise, relax, walk around outside. I’m going to try to make sure I spend as much time outside as possible while I still have the chance. And, just make sure I have everything in order before we go,” he said. “In addition to that, we will also review a lot of the procedures that we’ll be using to actually get to the space station. We’ll do those pretty frequently.”

Once the three have arrived at the space station, the veteran astronaut expects the first month to “feel a lot different” than his previous expedition in 2017.

“I had a lot of adjusting to do, a lot of lessons to learn how to operate in an environment where the way I normally behave wouldn’t work. I lost a lot of things in that first month (and) it was very frustrating and so many things that I could do without any conscious effort on the ground required me to concentrate completely,” he explained. “So, I’m hoping a lot of those lessons I learned will come right back to me and I’ll be able to start sprinting this time.”

Vande Hei has been with the agency since 2006, when he joined Houston’s Johnson Space Center as a capsule communicator (CAPCOM) in the Mission Control Center.

After three years, Vande Hei was selected as one of nine members of the 20th NASA astronaut class and he completed his training in 2011.

From 2012 to 2013, Vande Hei served as the Astronaut Office’s director of operations in Russia and, four years later, he launched to the ISS as part of the Expeditions 53 and 54 crew.

During his time at the ISS, Vande Hei logged 168 days and four spacewalks and contributed to scientific studies investigating the manufacturing of fiber optic filaments in microgravity, aiming to improve the accuracy of an implantable glucose biosensor and measuring the sun’s energy input to Earth.

This time around, he told KMSP he would be spending up to a year in space working on hundreds of experiments, including research on cotton root systems, Alzheimer’s disease and a demonstration of a portable ultrasound.

Vande Hei told Fox News that he perceives his job aboard the ISS as being like a laboratory technician and that it’s “interesting work.”

“There are scientists that put a lot of thought into what experiments they want to get done. They’re doing the data gathering and the data analysis and writing papers. My job is to facilitate if those things work when it’s up there,” he said.

“I need to make sure that they have the resources they need. If something needs to be troubleshot, I’ll help out with the troubleshooting,” Vande Hei continued. “Sometimes those scientists will be looking over our shoulder with a video camera and will actually be coaching us on what they want us to do to try to help make things work.”

The applied physician pointed out that he himself is “part of the science experiment” when discussing NASA’s upcoming Artemis missions to the moon and companies like Richard Branson’s Virgin Galactic and Elon Musk’s SpaceX testing commercial spaceflights.

“So, when we are on the space station that’s a capability that we need to maintain somehow. But, we also want to start having these new capabilities, like you mentioned, with the Artemis program,” said Vande Hei. “It’s going to be really hard if we can’t do both of those things, all of those things, if all of the burden of that falls on the taxpayer.”

“So, having ways where we can facilitate this continued capability to put people in lower Earth orbit both to do science and to train for longer duration missions and to learn about how to have people survive on long-duration missions and function well …the only way we’re going to be able to do that is if we can have that be commercially successful,” he added.

Returning to Earth in February 2018, Vande Hei then served as the technical assistant for NASA’s Human Exploration and Operations Mission Directorate, and more recently as the assistant to the chief astronaut for extravehicular activity and robotics.

Vande Hei served in the U.S. Army as a combat engineer, and in 1999 – after completing a master of science degree – he became an assistant professor of physics at the U.S. Military Academy at West Point, New York.

In 2003, Vande Hei reported to the 1st Space Battalion at Peterson Air Force Base, Colorado, where he served as an Army space support team leader and later as the battalion’s operations officer.

In that role, he deployed to Iraq for a year in support of Operation Iraqi Freedom.

He and his wife, Julie, are the parents of two children.

Vande Hei said the most important personal possession he’s bringing on this mission is his wedding ring.

What this means is immune to the Cov 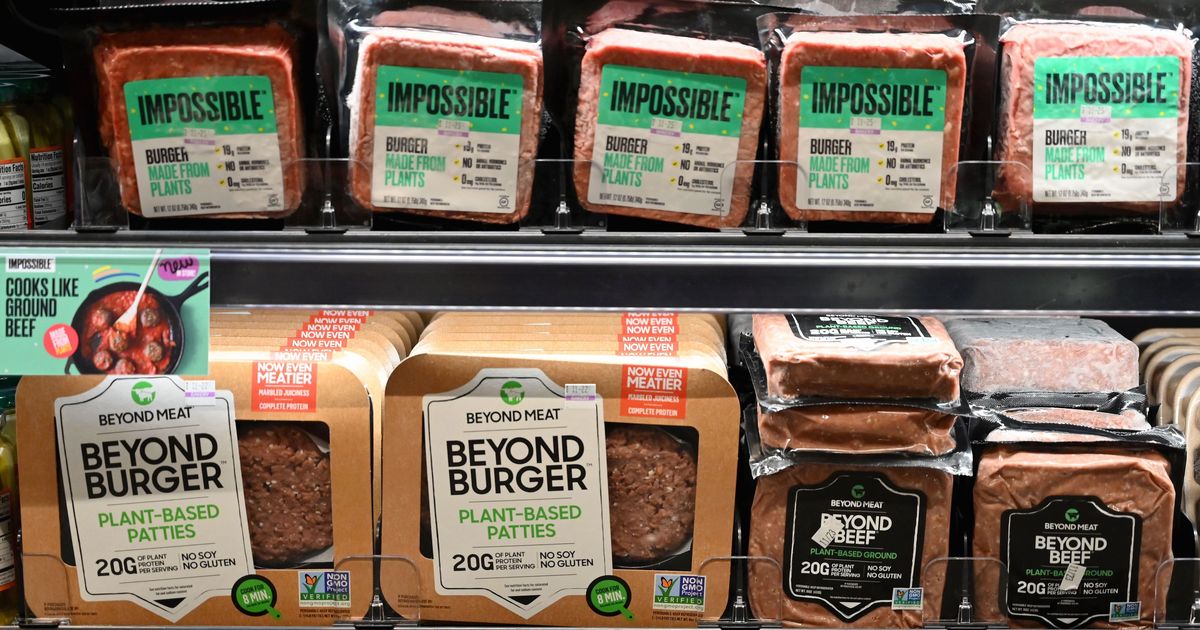 Which tastes more like real beef and does it matter?