A majority of Republicans agree with the decision to remove Republican Rep. Liz Cheney from her leadership role in the House, a new poll finds.

Eighty percent of Republican voters supported the decision to remove Cheney from her No. 3 spot as the House Republican Conference’s chairwoman, including 69% who said she was no longer “on message” with the Republican Party, according to the CBS News poll.

In the same Sunday poll, a majority of participants said Cheney was wrong about the election, at 57%, and claimed she was not supportive enough of Trump, at 52%.

Cheney has been a vocal critic of former President Donald Trump and was ultimately removed from her position after she voted to impeach him over the Jan. 6 riot of the U.S. Capitol. The former chairwoman also publicly disagreed with Trump and others over the legitimacy of the 2020 presidential election.

“She is looking backwards. … Republicans are looking forward. We are unified. And we are talking about conservative principles,” said Rep. Elise Stefanik, who was subsequently voted in to replace Cheney as conference chairwoman.

Stefanik has also offered a much more different view on Trump than Cheney.

Despite the vote, Cheney has continued her anti-Trump comments.

Cheney said she will do what she can to prevent the Republican Party from being “dragged backwards by the very dangerous lies of a former president.”

“I think that we have to recognize how quickly things can unravel,” she said Sunday. “We have to recognize what it means for the nation to have a former president who has not conceded and who continues to suggest that our electoral system cannot function, cannot do the will of the people.”

The CBS poll also showed Trump continues to hold a major presence in the Republican Party.

CLICK HERE TO READ MORE FROM THE WASHINGTON EXAMINER

Sixty-six percent of participants said loyalty to Trump is important, and an overwhelming majority said the GOP should continue to follow his political platform. All in, 89% said the party should prioritize the economy, 88% said they should maintain Trump’s immigration stance, and 77% agreed with him on how to treat the media.

The CBS News poll was conducted between Wednesday and Friday and surveyed 951 Republicans, with a margin of error of plus or minus 3.5 percentage points. 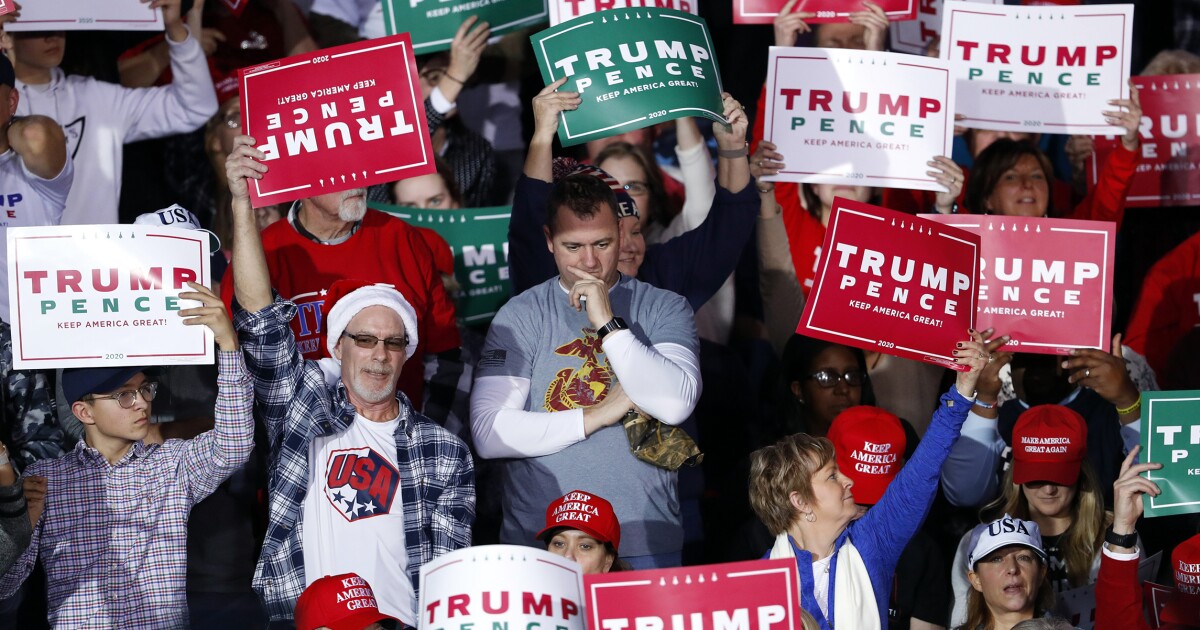 In 2020, the Conservatives need to be addressed nationalism