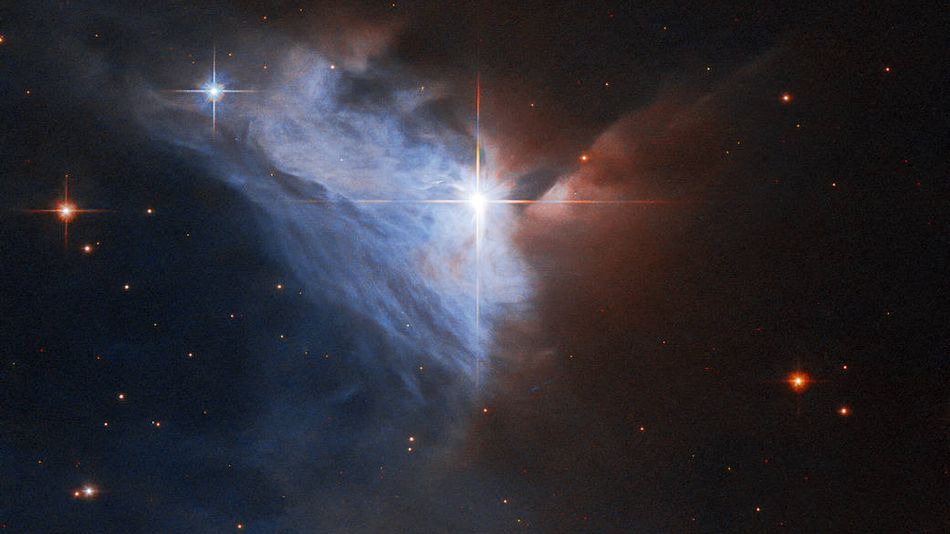 The legendary Hubble telescope captured an intriguing cosmic cloud — a cloud that makes its own light.

Called an “emissions nebula,” it’s a bright cloud whose gases get excited by radiation from nearby stars, and ultimately emit light. (In other words, this isn’t starlight isn’t being reflected off the gas.)

The right side of this image, however, is darkened by a great cloud of dust, which blocks light from reaching the Hubble Space Telescope.

Generally, nebulae are “enormous clouds of dust and gas occupying the space between the stars,” explains NASA. They can form in different ways, sometimes as leftovers of exploded stars.

In the coming decades and beyond, the citizens of Earth will likely be treated to bounties of more glowing space objects, and in unprecedented detail. That’s because NASA and its space partners plan to launch a giant next-generation telescope in Oct. 2021. It’s called the James Webb Space Telescope, and it’s the most powerful space telescope ever built.

How scientists uncovered a massive underwater waste dump off of L.A.