Batman V. Superman: Dawn of Justice was released nearly five years ago, and that’s a lot of time to forget the ins and outs of a movie that’s fairly complicated and leads directly into this week’s release of Zack Snyder’s Justice League. While the plot details didn’t turn out to be very important for the events of the original 2017 Justice League — Batman V. Superman’s sequel — they’re probably worth refreshing in your memory ahead of the “Snyder Cut,” as the movie picks right back up where the previous film left off.

So here’s everything you need to remember, but may have forgotten, from Dawn of Justice.

As its title describes, most of Snyder’s Man of Steel sequel leads up to a fight between Batman and Superman. Superman intervenes in a nameless foreign country to save Lois Lane, prompting a lot of worry that he’ll one day use his powers for evil. The US government and Bruce Wayne begin to see Superman as a threat to the entire world, so Wayne decides to take matters into his own hands and take down the Man of Steel.

Thanks to Batman’s variety of gadgets, he manages to nearly kill Superman with a Kryptonite spear before the two make up over the fact that their moms are both named Martha. After a very brief chat, the two realize that Lex Luthor was the real villain all along and that he’s awakening Doomsday aboard Zod’s crashed Kryptonian ship from Man of Steel — a ship that plays an important role in the expanded version of Justice League.

The two join forces, along with Wonder Woman, to stop Doomsday. During the fight, the President of the United States launches a nuclear bomb at Doomsday that Superman catches and carries into space. He takes the full force of the bomb, but the sun revives him and he returns to the fight. Superman picks up Batman’s Kryptonite spear, and stabs Doomsday with it. Doomsday stabs him too and Superman is weak enough from all of the various stabbings and explosions that Doomsday’s stab proves fatal.

Everyone mourns the loss of Superman, there’s a big funeral, and in a brief post-credits sequence the dirt on top of his coffin begins to rise. Maybe he’s not dead?

Throughout Batman v Superman, Bruce Wayne is plagued by visions of an apocalyptic future. The world seems to be in ruins, Superman is evil, and Batman is part of the resistance attempting to save the world from some unknown terror.

These so called “knightmares” never actually reach their conclusion or get an explanation in Batman v Superman, and they were entirely removed from the original theatrical release of Justice League. However, they’re back and very important in Zack Snyder’ Justice League. While they still don’t exactly get a full explanation in the new movie, they’re very important for Snyder’s plans for the sequels — even though those probably aren’t happening.

But Bruce Wayne isn’t the only one with visions of the future. After he revives Doomsday, Lex Luthor, still aboard the Kyrptonian ship, receives a vision of Steppenwolf who will soon come to Earth to claim the three Mother Boxes. This is essentially a preview of the plot of Justice League, and a good reminder that Lex knew what was coming the whole time.

In one scene that happens in Bruce Wayne’s Makeshift bat cave, the Flash travels through time to give Bruce a message from the future and tells him to find “the others.” Bruce realizes that he has data on a few other metahumans — The Flash, Cyborg, and Aquaman — among the files that he stole from Lex Luthor. We get a brief glimpse of each of these characters when Wayne sends the files to Diana Prince shortly before he leaves to fight Superman. We don’t get a long look at any of the characters, but it does clue us in that Diana and Bruce are already thinking about a team up.

Facebook need to on Amazon the online shopping resources. 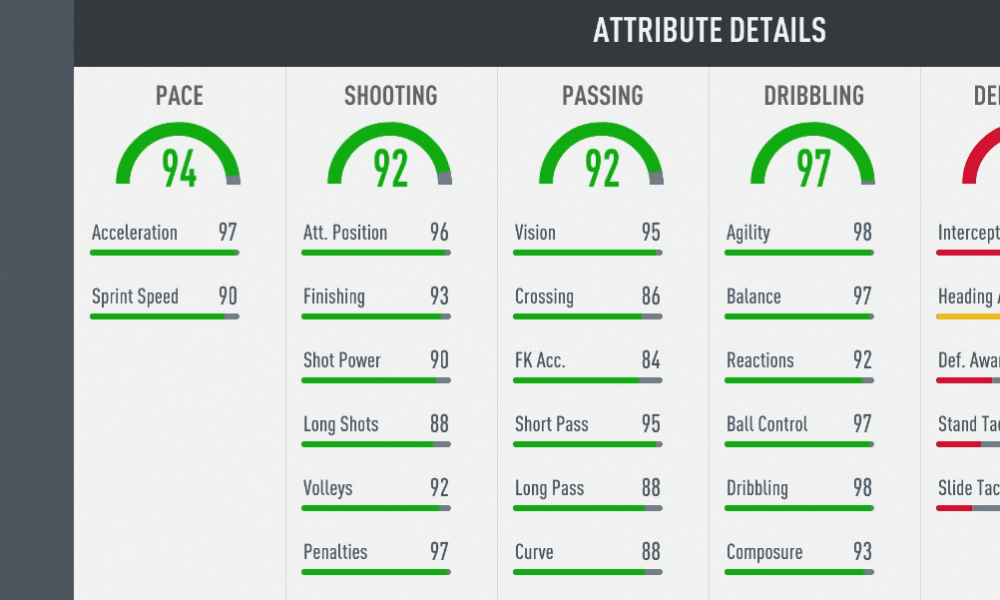 Eden Hazard’s flash back to the SBC: FIFA 20FUT

Visit the radiation 4 of the only flight of the bunker