The top Republican on the House Foreign Affairs Committee believes it is “more likely than not” that COVID-19 emanated from the Wuhan Institute of Virology, most likely by accident, rather than emerging from an initial natural animal-to-human infection.

Rep. Michael McCaul, who led the GOP’s China Task Force and put out a lengthy report in September alleging a Chinese Communist Party coronavirus cover-up and detailing serious concerns about the Wuhan lab, pointed to the Chinese government lab as the likely source for the virus and also argued the Chinese government should be punished for exacerbating the COVID-19 pandemic.

“I do think it’s more likely than not that it emerged out of the lab — most likely accidentally — for several reasons. … It was just declassified that three of the researchers were actually hospitalized in November of 2019 with flu-like symptoms consistent with COVID. That was suppressed by the Chinese Communist Party,” McCaul said told CNN’s Jake Tapper on State of the Union. “Since that time in December, they silenced and detained the doctors who were reporting a SARS-like virus, which under international health regulations had to be reported within 24 hours. They went and destroyed lab samples. They wouldn’t admit it was human-to-human (transmission). And then, working with the WHO, failed to report to the world that we had a local epidemic that was now going into a global pandemic. So time and time again, we’re seeing this cover-up.”

McCaul called China’s actions “this is the worst cover-up in human history that we’ve seen, resulting in 3.5 million deaths, creating economic devastation around the globe,” adding, “There were two State Department cables in 2018 that called into question the safety protocols at that lab… They were studying corona-like viruses from bats, genetically mutating them, and then trying to develop a vaccine for what would be a next wave of a SARS-like virus — almost precisely what COVID-19 is.”

President Joe Biden Biden issued a lengthy statement on Wednesday calling upon the intelligence community to “redouble” its efforts to get to the bottom of how the global pandemic began amid continued intransigence from the Chinese Communist Party, an announcement he made shortly after it was revealed that the Biden administration had ended a COVID-19 origins investigation by the State Department’s Bureau of Arms Control, Verification, and Compliance initiated by the Trump administration. U.S. spy agencies have been told to report back to Biden in 90 days with what they have learned.

“I’m glad the president has finally done this. It’s long overdue. I think because they have destroyed everything at the lab, it could be very inconclusive,” McCaul said Sunday. “We have — you know, signals intelligence — and (human intelligence), and other forms of intelligence, but it may not be 100%. But I think saying it’s more likely than not is probably the right answer here.”

Former President Donald Trump said Monday that he has “very, very little doubt” COVID-19 originated at a Wuhan laboratory, and Dr. Robert Redfield, the director of the Centers for Disease Control and Prevention under Trump, said earlier this year that COVID-19 likely originated from an accidental escape from the Wuhan lab and implied this occurred following gain-of-function research there.

The intelligence community confirmed on Thursday that at least one of its 18 spy agencies is leaning toward the Wuhan lab leak hypothesis on COVID-19’s origins while two are leaning toward a natural origin, with the vast majority remaining undecided as the spy offices investigate both possibilities.

Officials from both the Trump and Biden administrations have said the Chinese government worked for over a year to thwart an independent investigation into the origins of the virus, which has killed 3.53 million people worldwide, according to Johns Hopkins University. Both administrations have cast doubt on the manner in which the joint study from China and the World Health Organization was conducted in early 2021. The WHO-China report said a lab leak was “extremely unlikely” and that a jump from animals to humans was most likely, but Trump officials, Republican leaders, some Democrats, and a number of scientists have pointed to an accidental escape from the Wuhan Institute of Virology as, at minimum, a highly plausible origin for the pandemic.

McCaul said Sunday that China should be punished economically for its actions during the pandemic.

“My response to this whole thing is supply chain,” the Republican said. “We need to pull our supply chain out of the region — that being medical supply, rare earth mineral supply — and a bill that’s going through Congress, bipartisan, that I’m working on, the CHIPS for America Act, advanced semiconductor chips which are the brains in everything from your iPhone to the F-35, if we can pull these chains out of China it will hurt them economically, and that will be very punitive in nature.”

CLICK HERE TO READ MORE FROM THE WASHINGTON EXAMINER

A 90-page September report from McCaul and Republicans on the House Foreign Affairs Committee contended the Chinese Communist Party’s coronavirus cover-up and the World Health Organization’s fumbling of the crisis allowed the coronavirus outbreak to grow into the lengthy and deadly pandemic that persists to this day.

The report included a section on the CCP’s “lack of clarity” regarding the origins of the virus, stating that “no conclusion has been reached as to what role, if any, the WIV played in the origins of the COVID-19 pandemic. … However, there are a series of outstanding issues with the WIV and its BSL-4 lab that compound the ongoing debate,” including the CCP’s “refusal to allow the WIV to share samples” of the virus and its “refusal to allow international investigators access” to the lab, the Chinese government’s “military takeover” of the lab, and “the general lack of transparency and CCP cover-up of the origins” of the COVID-19 pandemic, among other concerns. 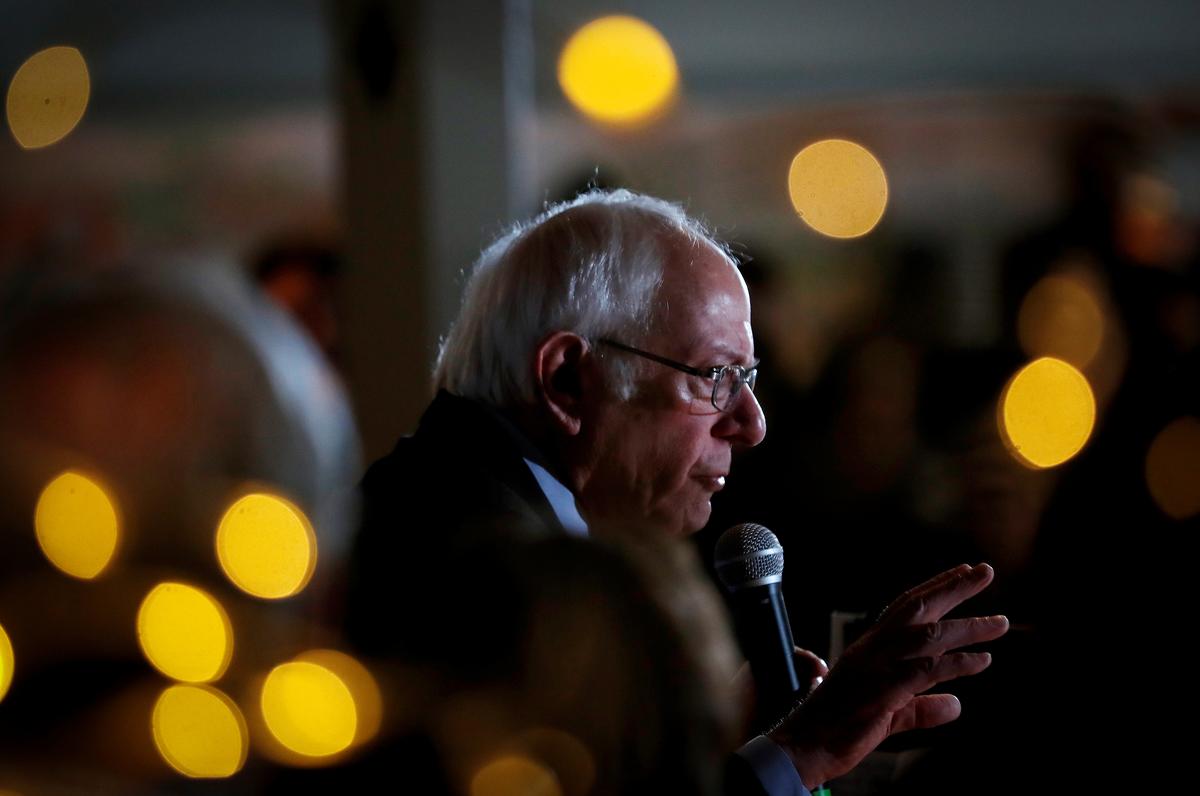 In 2020 diameter: Sanders blast the event for take the money of a billionaire

The government of Justice announced a$1.3 M Fair, Festival of the relief of cancellation after