Game Builder Garage is a powerful game-making tool. Its visual programming language makes understanding its complex systems relatively easy for both adults and children — those with no programming experience and those with tons of it.

Except the biggest strengths of Game Builder Garage are also its greatest weaknesses. It’s a powerful tool that lets you create awesome things, but it makes them complex and hard to pick up. Its tutorials are extensive — but they’re so extensive that they left me itching to explore on my own instead.

Game Builder Garage elicits a mix of frustration and childish excitement. As an adult, my frustration around the lengthy and rigid tutorials often got the better of me. But after watching my young nephews play for several hours, I started to see the value in a more focused experience.

Nintendo loves to tutorialize things. Games like Paper Mario: The Origami King painstakingly hold your hand through rigid instructions. Even the open-world The Legend of Zelda: Breath of the Wild forces players through multi-hour tutorials on the Great Plateau. Anyone who’s ever gone back to other Zelda games like Twilight Princess and Skyward Sword has felt that white-hot, Switch/Wii Remote-chucking rage over a lengthy Nintendo tutorial.

Perhaps you’re more patient than me, but after sitting through thousands of video game tutorials in my life, my desire to learn as I go has never been higher. Perhaps this is why older folks seem so stubborn?

Bob breaks these tutorial lessons into parts, and each game can take anywhere from 40 minutes to over an hour to build. You start with something simple, then grow it into something complex, with controllable characters, enemies, score counters, and built-in resets that start the game over once you win.

These tutorials are excellent at embedding the information you need into your brain, but the rigidity stifles any sparks of creativity. Bob’s tutorials force you to make specific moves in a specific order: change a property on this object, go see what it did in the game, go back into programming mode and try another; repeat.

In a preview session with Nintendo late last month, a representative from the Game Builder Garage team told Polygon they wanted players to start to think like a developer. Game Builder Garage succeeds there, but because Emperor Bob won’t let me stray from his narrow path, discovery and creativity are off the table while I’m learning. I’ll learn how to destroy objects, but if I want to explore the different settings around destroying objects, I’ll need to write it down and go into the Free Programming mode later.

I would love to take a break and poke around a menu during my tutorials, but Bob is focused — like a teacher five minutes before the bell rings, determined to pass out homework on a Friday. After a handful of tutorials, I usually find myself setting my Switch down for something else, even though I’m still eager to learn more and filled with questions I wish I could’ve answered at my own pace.

And that feeling inevitably leads me to Free Programming mode.

Learning how much I don’t know

My favorite part of Game Builder Garage is diving into Free Programming to build things myself. I’m not typically someone who builds a lot in games like Mario Maker, Dreams, or Little Big Planet, but the lessons in Game Builder Garage grab my attention in such a way that I feel a deep need to try things for myself.

After applying some of the lessons I’ve learned, I dive into the menus and start pulling out objects. Learning to make a character move in three dimensions before getting to that lesson with Bob made me feel like a genius. Discovering how to attach a cannon to a character and shoot orbs had me smiling from ear to ear.

I have things I want to try. Can I make a Metroid game? What about something like a top-down action game with loot, like Diablo? So far, all of my ideas are derivative, but learning how systems like this work has me eager to replicate things I love.

Except it doesn’t take me long fiddling around in Free Programming to realize how little I know. So I jump back into Bob’s tutorials, excited to learn more, even while knowing I’ll be back in Free Programming to fiddle around again soon — either out of hate for Bob, or because I have a new idea I want to try.

I was feeling a sense of frustration around Game Builder Garage, even amidst that pure joy of discovery. So I decided to try something a little different: I went on a field trip. Instead of playing Game Builder Garage in the comfort of my living room, I drove to my sister’s house to hang out with her two twin 11-year-old sons.

I pulled my Switch out of my backpack, put it in their Switch dock, and rolled them back to Bob’s first tutorial mission. I sat on the couch and watched them play through tutorial after tutorial, their eyes inches from the TV, consuming everything.

After learning a bit, they dove into Free Programming on their own. One created “Mini-world,” a small game in which you can jump around on some massive Joy-Cons or an unsettlingly large tuna. After playing around for a bit, they started asking questions about other options, or things they hadn’t learned yet. Then, like I had done, they dove back in to meet with Bob.

They’d told me when I arrived that they wanted to make games when they grew up, so naturally, I was curious to see their response after five hours actually building games. They told me building games in Game Builder Garage is complex but “so fun” and “a little like school.” They, like me, wished they could experiment a bit more during the tutorials, but they also never put the Switch down to do something else after a long session with Bob. When I left, they weren’t just eager to keep playing a new game — they wanted to keep learning and complete the tutorials they hadn’t gotten to yet.

My visit gave me a different kind of perspective on Game Builder Garage. As an adult, I hate Bob and his encyclopedic knowledge. I want him to give it to me and then leave me alone forever. But for a child, Bob is a helpful teacher. Maybe he’s strict with his lesson plan, but the little dot certainly gets results.

One thing the boys and I had in common was the desire to try things on our own. Not only to test what we’d learned, but to push the boundaries of what could be possible by trying new things. But while I had grumpily stomped back to Bob for a bit of new knowledge, the boys returned to the classroom filled with hope and excitement for what came next.

Maybe there’s a lesson here about the virtue of patience, and the things we lose as we grow up. But I’m not particularly interested in that at the moment. Instead, I’m more focused on my experience with the twins, and the reminder that what’s too rigid for me is almost necessary for the game’s target audience. As a tool to teach children, Game Builder Garage did an exceptional job not only holding their attention but teaching them how games work.

Children are like sponges, eager to learn and soak up new knowledge to apply to the decades ahead of them. If you’re an adult who’s curious about how games work, Game Builder Garage is a fun, informative experience most of the time — but it’s one you may prefer to experience in short bursts, lest the slow-moving lessons force you to snap your Switch in two.

Game Builder Garage will be released June 11 on Nintendo Switch. The game was reviewed using a Switch download code provided by Nintendo. Vox Media has affiliate partnerships. These do not influence editorial content, though Vox Media may earn commissions for products purchased via affiliate links. You can find additional information about Polygon’s ethics policy here. 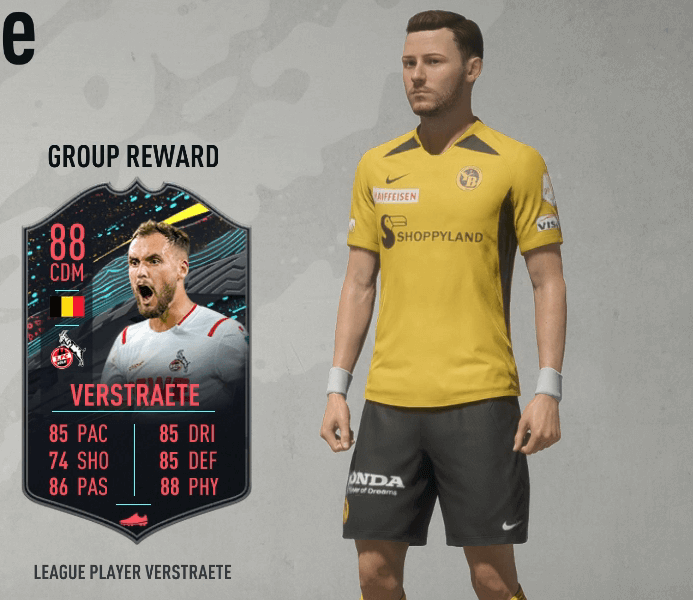 ‘Sneaky Sasquatch’ on Apple Arcade Just Got a Major Update Bringing in a New Story Chapter, Scuba Diving, Playing as a Police Officer, and More