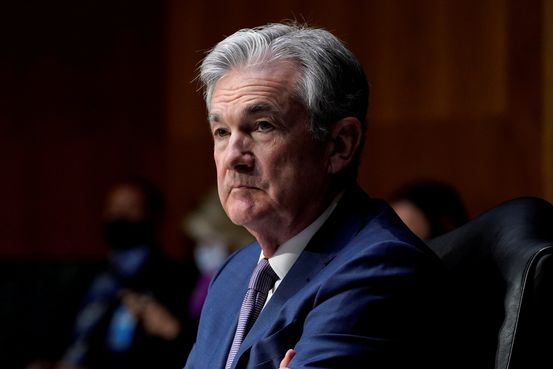 WASHINGTON—The Federal Reserve kept its easy-money policies in place and vowed to maintain them until the U.S. economy recovers further from the effects of the coronavirus pandemic, while also highlighting the brightening outlook for growth.

“Following a moderation in the pace of the recovery, indicators of economic activity and employment have turned up recently, although the sectors most adversely affected by the pandemic remain weak,” the Fed said in a statement released Wednesday after the conclusion of a two-day policy meeting.

Most of the 18 Fed officials at the meeting still expect to hold short-term interest rates near zero through 2023, according to updated economic projections released Wednesday. But seven now expect to start lifting rates in 2022 or 2023, up from five in December.

They plan to continue buying at least $120 billion per month of Treasury debt and mortgage-backed securities until “substantial further progress” is made toward those objectives.

The officials also expect stronger economic growth, higher inflation and lower unemployment this year than they did in December. Their median projection showed the U.S. gross domestic product rising 6.5% in 2021, up from their December expectation of 4.2%. They expect unemployment to fall to 4.5% by year’s end, from 6.2% in February.

Their median expectation is for inflation to accelerate to 2.4% this year, up from a December projection of 1.8%. But officials expect inflation to slow to 2% in 2022 and 2.1% in 2023, reflecting expectations that this year’s pickup in price pressures will be temporary.

Private economists have recently raised their forecasts for 2021 economic growth and inflation due to advancing Covid-19 vaccination and the $1.9 trillion stimulus package signed into law by President Biden last week. They also lowered their projections for unemployment this year.

Economists surveyed by The Wall Street Journal this month forecast U.S. GDP to grow nearly 6% this year, measured from the fourth quarter of last year to the same period this year—the fastest since a 7.9% burst in 1983.

The labor market has strengthened this year. Employers added 379,000 jobs in February, up from January’s gains and December’s decline. The unemployment rate edged down to 6.2% last month from 6.3% in January.

U.S. retail sales fell 3% in February after jumping 7.6% in January, when households started receiving the stimulus payments approved by Congress and the White House in December. Retail sales were up 6% over the past three months compared with the same period a year ago, according to the Commerce Department.

Partly reflecting the improving economic outlook, yields on 10-year Treasury notes, which affect long-term borrowing costs for businesses and households, have surged in recent weeks to the highest level since February 2020—before the pandemic hit the U.S. economy. Rates on 30-year mortgages rose above 3% this month for the first time since July.

Fed officials have said they expect inflation to rise above their 2% target this year due to temporary factors that aren’t likely to warrant a change in monetary policy.

After a decade of inflation largely running below that goal, policy makers last year decided to end their longstanding strategy of pre-emptively lifting interest rates to head off higher inflation. Instead they will seek periods of above-target inflation after periods of below-target inflation.

They now plan to wait to start raising rates until inflation hits 2% and is forecast to modestly exceed that level for some time. The officials haven’t said exactly how high or how long they would allow inflation to run above 2%.

How Many Prince Charleses Can There Be in One Room? (Ep. 401)