As part of the new home sales report released this morning, the Census Bureau reported the number of homes sold by price and the average and median prices. 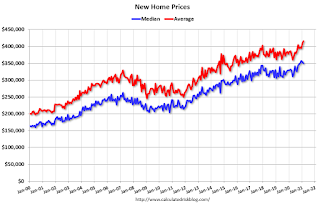 During the housing bust, the builders had to build smaller and less expensive homes to compete with all the distressed sales.  When housing started to recovery – with limited finished lots in recovering areas – builders moved to higher price points to maximize profits.

Then the average and median house prices have mostly moved sideways since 2017 due to home builders offering more lower priced homes.  Prices picked up again during the pandemic.

The second graph shows the percent of new homes sold by price. 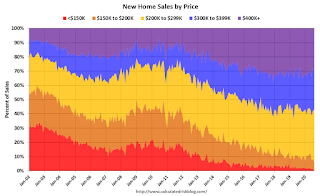 The $400K+ bracket increased significantly after the housing recovery started, but has been holding steady recently.  A majority of new homes (about 63%) in the U.S., are in the $200K to $400K range.

What Tom Sawyer and founder of the beginners have in common? (NSQ Ep. 5)

The future of virtual deal-making and the return to work