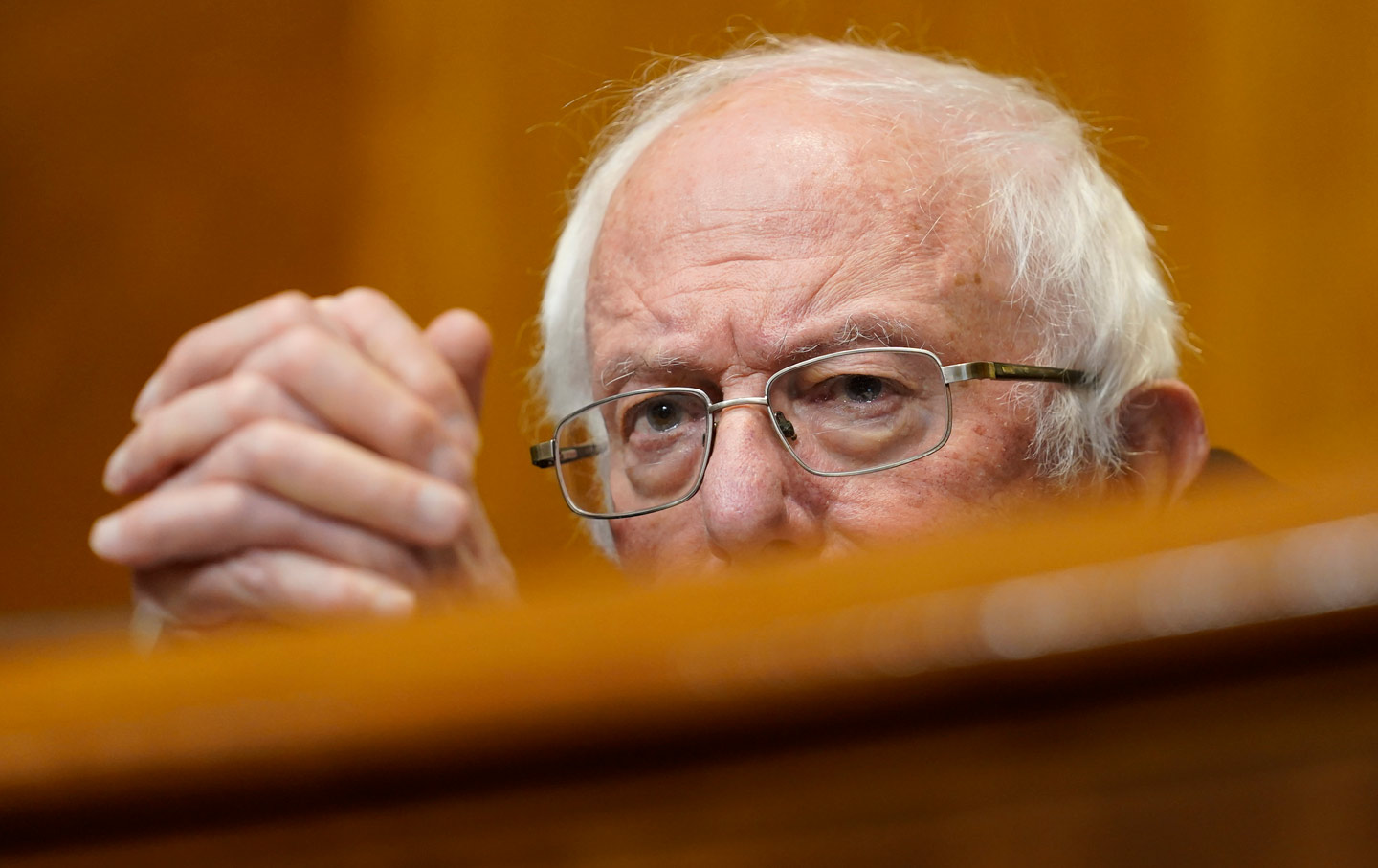 When Bernie Sanders weighs in on behalf of workers, it’s a big deal—for the workers and for our understanding of the workplace issues his interventions highlight.

That’s what happened this week when the Senate Budget Committee chairman leveraged his considerable presence on social media to support Wisconsin nurses who are prepared to strike in order to win a contract that “supports nurses who have worked on the frontlines throughout the COVID-19 pandemic.” The message from Sanders was loud and clear.

“I stand with nurses in Madison, Wisconsin, who are demanding a safe work environment and paid sick leave,” he announced. “They are on the frontlines in our fight against COVID-19. We must treat them like the heroes they are.”

Sanders focused on the Madison fight because of his concern for nurses not just in Wisconsin but nationally. As Americans are being vaccinated and governors speak of getting “back to normal,” unions that represent nurses and other health care workers are pointing out that their members have been through hell. They’re seeking new contracts that recognize and respect the sacrifices made during the pandemic. And, yes, they are talking about striking if it is necessary to secure those contracts.

“Nursing and public health experts warn that without adequate support, large numbers of frontline healthcare workers will likely experience symptoms of post-traumatic stress disorder (PTSD) and other psychological consequences from the stress of responding to the pandemic,” explains SEIU Healthcare Wisconsin, the union that represents more than 850 nurses at the UnityPoint Health-Meriter Hospital in Madison. With a boost from Sanders, along with other elected officials, these nurses say they are prepared to strike “to ensure nurses can take care of themselves and their patients, heal and recover after a traumatic year, and be valued and respected for their essential work.”

As a mayor, a member of the House and Senate, and a presidential candidate, Sanders established a record of standing with unions. And he has been doing a lot of it since the pandemic arose: demanding the protections for workers be included in relief bills, championing union-backed drives for a $15 wage, and signaling support for RWDSU’s organizing drive at the Amazon warehouse in Bessemer, Ala.

But the senator’s message with regard to the struggle of the nurses in Madison turns up the volume in two important ways:

After a year of staffing the front lines in the fight against Covid-19, the Madison nurses< began negotiations by developing a “contract platform” that explained,

During the pandemic, nurses and healthcare workers at UnityPoint Health-Meriter Hospital have been on the front lines and in the trenches, risking our lives and the lives of our families to provide quality, compassionate care to our community. Despite being called “heroes,” we have not felt respected as professionals, and have struggled with inadequate personal protective equipment, grueling schedules, and a lack of transparency from management. As Meriter nurses enter contract bargaining, we intend to set a new course to get us through the pandemic and beyond. It is a moral imperative for hospital executives to address our concerns so we are actually treated as heroes, and can care for ourselves, our families and our patients.

Carol Lemke, a Meriter nurse with 32 years of experience, says the issue of burnout is real, and must be addressed.

“Nurses will bend over backwards to make sure our patients get the care they need, even if it means we put our own needs on hold,” she explained this week. “We work long hours in stressful situations. Many of us step up to work extra shifts when we don’t have enough staff, giving up time with our families and we’re proud to be there for our patients. After all we went through this year, nurses need time to recover, to be with our families, and be there for ourselves. We need Meriter to show us they value our commitment and sacrifices during this pandemic.”

While hospital negotiators had agreed to several key demands by mid-March, differences remained when it came to the work-life balance issues that nurses have made a priority. “The pandemic has revealed deep systemic problems which must be fixed now, so nurses can protect ourselves and provide the care our patients deserve,” says Reno Gatton, a nurse in Meriter’s post-anesthesia care unit. “We have been putting our lives and the lives of our families in danger, have worked to exhaustion, and have been wracked with anxiety about this unknown, terrifying disease. Many nurses have left our hospital either because they got sick or wanted a safer work environment. Our contract platform is vital, because we need to have staffing incentives, and ways to recruit and retain more RNs.”

Wisconsin Governor Tony Evers, Senator Tammy Baldwin, and Representative Mark Pocan, three of the state’s most prominent Democrats, have recognized the urgency of these demands. On Thursday, they expressed solidarity with the nurses—joining legislators such as state Senator Melissa Agard, D-Madison, who last week declared, “Nurses have been here for us throughout the worst pandemic in a century, it’s time for us to be there for them.”

When SEIU members rallied outside the state Capitol this week, they were joined by Agard and state Senator Kelda Roys, D-Madison, who recalled, “For a year, nurses stood in rooms that were too dangerous for the rest of us to stand in. Nurses held up iPads so that we could say goodbye to our loved ones as they died. Nurses held their hands as they died. The least we can do is stand with them today—by ensuring a fair contract and restoring the earned time off that they lost through no fault of their own as they stepped up during this deadly pandemic.”

Like Bernie Sanders, Wisconsin officials are stepping out of their legislative chambers and into a fight for healthcare workers whose sacrifices during the pandemic must be recognized and respected.

“This year was exhausting for all of us, but it was nothing compared to the fatigue that our nurses have been through this past year,” says state Representative Francesca Hong, D-Madison. “Emotional labor and burnout are real. Nurses have gone above and beyond to do their jobs. UnityPoint Health-Meriter needs to do theirs. Honor, value, and pay your nurses.”