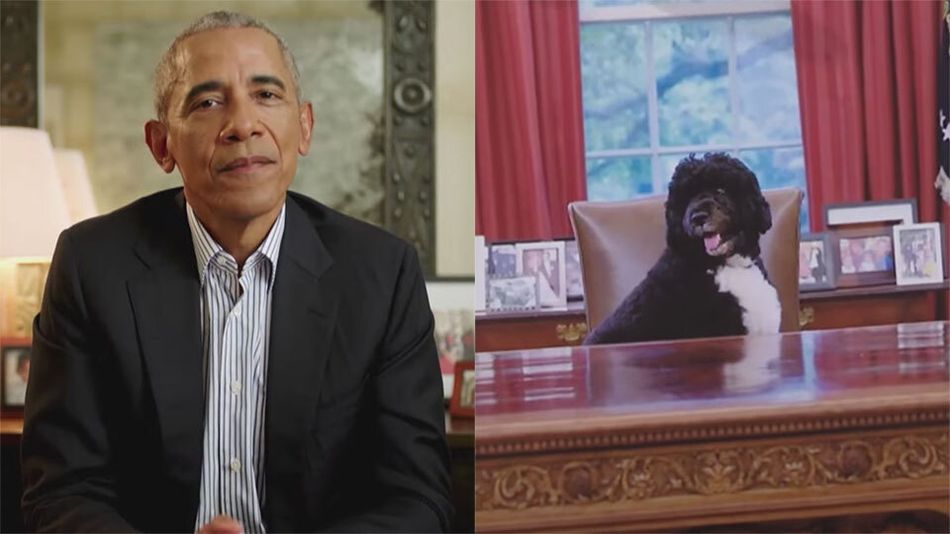 It was only 10 days ago the Obamas took to Twitter to share the very sad news that their dog Bo had passed away after being diagnosed with cancer.

Appearing on The Late Late Show with James Corden on Monday, former president and author Barack Obama took a moment to share what Bo brought to his time in the White House.

“He ended up being a bond for the whole family to give us this fun, furry excuse to go for walks and spend time together, and chase after each other,” says Obama in the clip above. “It becomes one of the threads that runs through your family and all of the memories that you have with each other.”

Obama goes on to say that normally, whenever he and Michelle Obama post on social media, critics and trolls inevitably show up in the replies. But when they posted about Bo, everybody was kind.

“It actually told you something about how important people’s pets are in their families’ lives. They become a carrier of the memories you have of your children. They keep people company who are lonely,” Obama says. “As I was reading these comments it did make me sometimes think, gosh, if we could be as kind and thoughtful towards each other as we are about our pets, we’d be doing a little bit better.”

The 12 cutest, coziest multiplayer and co-op comfort games to play