“That whole era was a dream come true. It was paradise,” said the late Marie-Louise Butzig. Butzig was in goal for France in 1971 when the Tricolores played the first official women’s international against the Netherlands in the northern French town of Hazebrouck.

The Federal Council of the French Football Association (FFF) had officially recognised women’s football just over a year earlier, on 29 March 1970, in what was the first major step towards recognition for French women’s football following a long period of resistance by the men in charge of the game.

Indeed, just five years earlier, France Football magazine had demonstrated a level of scepticism common to many European countries at the time when it suggested that “all organised attempts can only be doomed to failure… in our opinion, football is only for men”.

It was the emergence of women’s football clubs across France, most notably in Alsace, that finally forced French football officials to accept the idea of women playing football. Schwindratzheim were one of the first women’s clubs to be formed in the mid-1960s, and by the end of the 1970/71 season, there were 2,170 females among France’s total of 758,559 registered players. Despite their newly acquired “official” status, however, female players still encountered plenty of hostility.

“We heard a lot of unpleasant comments back then,” recalled Butzig. “Where I worked, some people said I should stick to darning socks instead of going off to play football. But things then started to change slightly. I even saw a women’s game attract a crowd of 1,100 people in my hometown of Vrigne-aux-Bois, whereas the men’s club back then never drew crowds of more than 150 people.”

Ghislaine “Gigi” Royer-Souef, who came on as a substitute in that first official match, also remembers having to block out negative comments in those early years of the women’s game. “I initially tagged along with my brothers when they went outside to kick a ball about on a pitch next to our house,” she told FIFA World.

“I was their ball girl before I finally started playing. It wasn’t easy to play football if you were a girl. We all heard the jeers, but we showed our intelligence by just getting on with it anyway. We were following our passion, and that was the most important thing.”

The French women’s team had, in fact, played a number of friendly matches before the game against the Netherlands, including an encounter with England in 1969 and two meetings with Italy in 1969 and 1970. But it was the April 1971 match which the FFF eventually decided to accept (after the match had been played) as their first official women’s international.

It was only at the start of the current century, however, when FIFA began researching early women’s football matches as part of its efforts to create the FIFA/Coca-Cola Women’s World Ranking, that the match was confirmed as the first-ever official women’s international.

The second, incidentally, was contested by Scotland and England near Glasgow in 1972, almost 100 years to the day since the same two countries played the first official men’s international in 1872.

Unsurprisingly, given that background, the French women travelling on the team bus to Hazebrouck in 1971 had no idea of the place in sporting history that awaited them. “The atmosphere on the bus was always great,” said Colette Guyard. “I had just turned 18. We sang some rather cheeky songs, played cards and told each other stories. On the way back, we stopped at my parents’ farm for some food. It was one big party.”

The game itself, which was played in freezing temperatures in front of a crowd of 1,500 fans, received precious little media coverage in Europe. Guyard mainly remembers France, who played in white, running out comfortable 4-0 winners thanks to a hat trick from Flacé-Macon’s Jocelyne Ratignier, with Marie-Claire Harant notching a fourth late on.

“We weren’t the strongest and our small stature was often a handicap,” she recalled. “Fortunately, we were able to compensate for that with good technique.”

A further surprise was sprung after the match when the team’s coach, Pierre Geoffroy, informed the players that the victory had assured them of a place in an unofficial World Cup being held later that year in Mexico – at which France would eventually take fifth place with a 3-2 win over England.

“He hadn’t said anything to us before the match!” Guyard exclaimed. “The trip home on the bus was a bit more lively! We celebrated and had a little drink. We were all a little tipsy!”

What the players also remember well from those early matches was having the opportunity to sing the French national anthem. “As soon as we heard the first few bars of La Marseillaise, it was hard to hold back the tears,” confessed Butzig.

“We were playing at the highest level and it’s always an honour to represent your country. It’s a privilege and you have to be aware of that and make the most of it. You don’t always realise straight away but being able to experience that is a wonderful opportunity. There’s nothing better than an international match.”

Geoffroy’s name also pops up frequently when the former France players look back on those first international games, and the role that their coach played in the struggle for official recognition. Still referred to by many of his former charges as “Mister Geoffroy”, his day job was as a journalist with French daily newspaper L’Union. He was also a correspondent for L’Equipe and France Football, a role which gave him plenty of opportunity to promote the women’s game.

Along with his assistant Louis Petitot, Geoffroy is considered as the driving force behind the renaissance of French women’s football, having literally got the ball rolling when he placed a newspaper advert to recruit players to form a women’s team at Stade de Reims.

“They should erect a statue in his honour,” said Butzig. “He revived women’s football in France. He was a very, very great man and I will never forget him.”

Michèle Wolf was France’s leading player of the time and would go on to win a total of 35 caps despite missing out on both the match against the Netherlands and the unofficial World Cup tournament after her greengrocer boss refused to give her time off.

She too remembers Geoffroy with fondness – and some tiredness. “Mister Geoffroy knew exactly what he wanted and how to get it,” she explained. “He had a knack with words, and he made us work so hard, even making us run up sand quarries. We were always shattered by the time we got home.”

With Stade de Reims, who also provided most of the players for the French team, Geoffroy took women’s football to the rest of the world. “All of our holidays were dedicated to football,” said Royer-Souef as she recalled a life that took her far from those early outings as her brothers’ ball girl.

“The game gave us an unbelievable opportunity to see the world. In 1971, we played in the Azteca Stadium in Mexico in front of 60,000 people. We also toured Chinese Taipei in 1978, the USA and Canada in 1970, the West Indies in 1974 and Indonesia in 1984. I heard that we even introduced the USA to women’s football when Stade de Reims toured there with AS Roma.”

Dedicating so much time to football could not be taken for granted back then, especially as football was far from a normal pastime for women. “I had to take all of my holidays for the tour in August,” said Butzig. “Then, when we had to go off again in September and October, I had to ask my boss for unpaid leave. I didn’t want to lose my job. He was very good about it. He told to me to go and said that I shouldn’t worry – my job would still be there when I got back.”

Nearly fifty years later and although there is still a lot to be done, the situation has improved dramatically. France are now one of the leading teams in women’s football and they hosted the most recent FIFA Women’s World Cup™. Little by little, women and indeed men have worked hand in hand to push Les Bleues towards the pinnacle of the international game.

Having first qualified for the European Championship in Germany in 2001, they followed that up by reaching the next two editions in 2005 and 2009, and on 16 November 2002, 23,680 vociferous and often misty-eyed fans packed into the Geoffroy-Guichard Stadium in Saint Etienne to watch France qualify for the FIFA Women’s World Cup™ for the very first time.

French clubs have also gone from strength to strength with Olympique Lyonnais having now taken the baton from Stade de Reims to become France’s top club for women’s football.

As for the team from 1971, they remained committed football fans. “I always watch women’s football when it’s on TV,” said Butzig. “Generally speaking, women’s football has progressed well. Girls can now train more and fortunately they are now starting to earn some money as well.

“What we need now is for the media to pay more attention to them and give them more recognition. Women’s football is also a little more pleasing on the eye than the men’s game, and the girls don’t play-act as much. If they go down, it’s because they really are injured!”

Royer-Souef is also a familiar face in the stands of the Auguste-Delaune Stadium in Reims for men’s matches. “I’ve always loved the game,” she said, “and I do keep myself up to date with all the news.

“The girls from the 1970s all stay in touch. We meet up now and again, and it’s not long before someone says ‘Do you remember that match…’”

Five decades on from that historic win over the Netherlands, though, Royer-Souef modestly rejected the suggestion that she and her team-mates were pioneers for the women who have followed them. “We weren’t really,” she insisted. “We simply laid the foundations upon which storey after storey has since been built.”

Should sports teams have an active mascot? 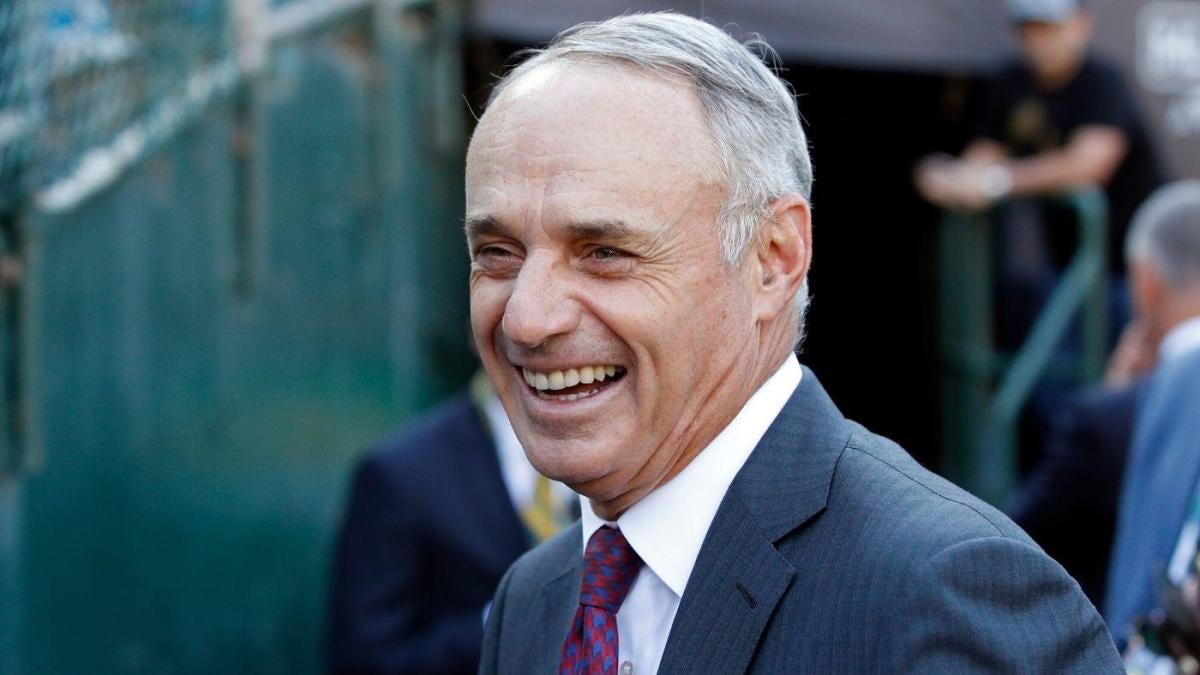