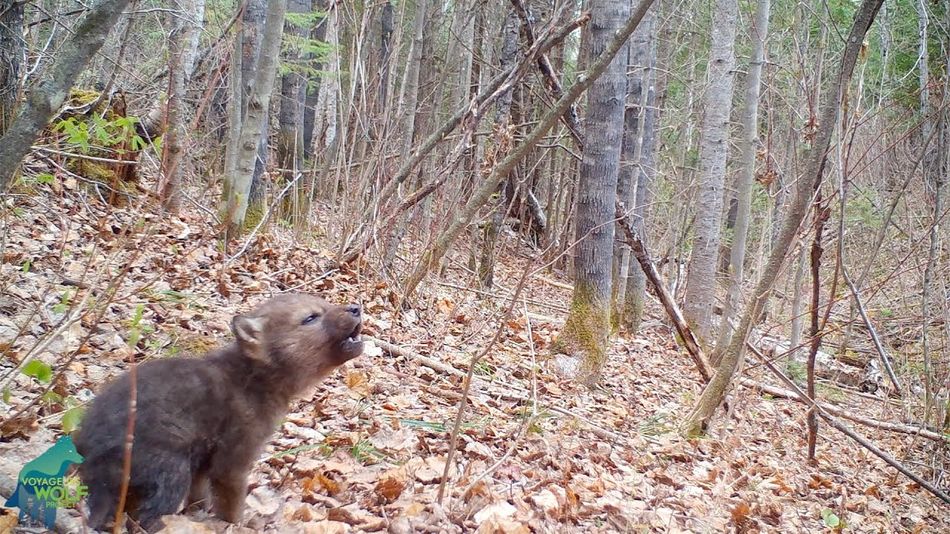 Dang, what a set of pipes!

The , a University of Minnesota research project that works to observe and learn more about the wolves in Minnesota’s Voyageurs National Park, captured some amazing footage of a tiny wolf pup’s first howls.

The video was captured by a trail camera, and according to the description the pup seen howling was only four weeks old at the time. The tiny wolf is seen walking around in the leaves, practicing some hearty howls, and finally running off into the distance.

The Voyageurs Wolf Project has also captured remarkable footage by attaching camera collars to wild wolves in the park. That’s how they got this informative video of a wolf catching several fish throughout the course of a day.

The project is currently raising more money to purchase 120 additional trail cameras to help further their research, so if you’re interested in donating or learning more about the group’s efforts check out voyageurswolfproject.org.