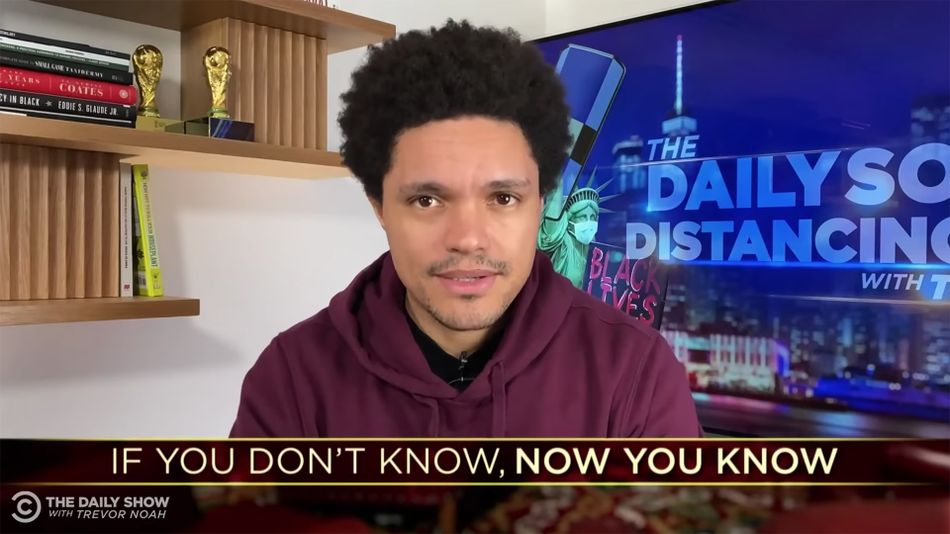 There are already plenty of concerns about the U.S. electoral college system. As the 2016 election taught us all too well, for instance, it’s perfectly possible for the candidate with the least votes overall to still go on and become president. And the issues don’t stop there.

In the video above, The Daily Show‘s Trevor Noah takes a deep dive into the concept of “faithless electors” — i.e. members of the electoral college who decide not to vote in line with the people in their state.

“Even though Trump lost the election, some of his people are hoping that he could pull out a win using ‘faithless electors’,” Noah explains. “And look, please don’t get me wrong — this would be loooooong shot (…) But theoretically, faithless electors could give Trump the presidency.”

Noah goes on to give examples of past faithless electors, before explaining that in the vast majority of states, going against the will of the people is only punishable by a fine.

“So the founders just let electors do whatever they want,” sums up Noah. “They can choose someone the people didn’t vote for; they can vote for a third party; they can even just vote for a typo. I can’t believe what a giant fraud the electoral system is. It’s like finding out that they keep a key to Fort Knox under the doormat.”

So, could it actually be possible for Trump to go down this route? Noah doesn’t think so.

“The good news is, Trump is down so many electors that it’s unlikely he can convince enough of them to turn against their state’s voters, and vote for him,” the Daily Show host says. “But the bad news is, it’s easy to see how a future election could be close enough that the losing candidate could convince enough electors to make them the winning candidate.”