All products featured here are independently selected by our editors and writers.If you buy something through links on our site, Mashable may earn an affiliate commission.
By Angie Han2020-08-13 16:33:57 UTC

While there won’t be a new Star Wars movie this holiday season, Disney’s making sure fans still have something to celebrate.

Per the press release, this one will reunite the gang — Rey, Finn, Poe, Chewie, Rose, and “the droids” — after the events of the last film:

Directly following the events of “Star Wars: The Rise of Skywalker,” Rey leaves her friends to prepare for Life Day as she sets off on a new adventure with BB-8 to gain a deeper knowledge of the Force. At a mysterious Jedi Temple, she is hurled into a cross-timeline adventure through beloved moments in Star Wars cinematic history, coming into contact with Luke Skywalker, Darth Vader, Yoda, Obi-Wan and other iconic heroes and villains from all nine Skywalker saga films. But will she make it back in time for the Life Day feast and learn the true meaning of holiday spirit?

Ken Cunningham is directing the special, which is written by David Shayne. 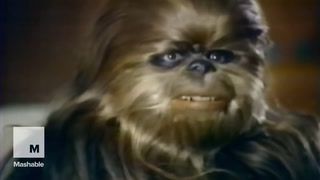 ‘No Time To Die’ release delayed until November due to coronavirus