Today, friends all over the world are celebrating 35 years since Susan Harris’s The Golden Girls first hit NBC. In the pilot for the beloved series, we met Sophia, Rose, Blanche, and Dorothy — as embodied by the immeasurable talents of Estelle Getty, Betty White, Rue McClanahan, and Bea Arthur — and began a journey of love, laughter, and cheesecake that would last decades.

To honor that revolutionary day in television and all the amazing memories that would follow it, here are 10 of the best ways to celebrate 35 glorious years with The Golden Girls.

1. Get yourself a freakin’ cheesecake.

There’s no shortage of celebratory snacks and beverages available to Golden Girls‘ fans coping with a craving on this anniversary. There’s Rose’s world-famous ice cream clown cones, Sophia’s lasagna al forno, any one of these spectacular Golden Girls-themed cocktails — take your pick! Just whatever you do, make sure you’ve got a cheesecake available to you and your loved ones in case of an emergency. As you very well know, exactly 147 of the girls’ problems have been solved over cheesecake, and you wouldn’t want to be left in a bind.

2. Watch all your favorite episodes.

Perhaps watching your favorite Golden Girls episodes to celebrate a Golden Girls anniversary is an obvious suggestion…But as they say in St. Olaf, “a Golden Girls anniversary without viewing ‘One Flew Out of the Cuckoo’s Nest’ is like St. Sigmund’s Day without the headless boy.” Cue up your favorite episodes on Hulu and bask in the sheer glory of this show we all love so much. For this reporter, that will mean repeated viewings of “Isn’t It Romantic” and the soft sobbing to match. (Rose and Jean could have made it work, gosh darn it!)

3. Treat yourself to some swag.

4. Donate to The Bea Arthur Fund.

While your credit card is out, consider giving back to one of The Golden Girls‘ most lasting legacies through a donation to The Bea Arthur Fund. During her life, Arthur spent countless hours supporting the Ali Forney Center, a New York City community center responsible for housing and helping hundreds of homeless LGBTQ youths every year. Posthumously, Arthur donated an additional $300,000 to the organization. Contribute to Arthur’s efforts with your own donation today.

5. Take yet another “Which Golden Girl are you?” quiz.

Wrap yourself in an effortlessly delicate dressing gown, step out on the lanai, and take yet another “Which Golden Girl are you?” quiz. Look, here’s one. And here’s another one. Oh, and another one! Mix and match these scientifically-verified diagnostic tests until you have the answer that best fits you. It can be simple or complex. As long as it feels truly you.

Too many of us missed out on last week’s Golden Girls table read featuring the talents of Alfre Woodard, Tracee Ellis Ross, Sanaa Lathan, and Regina King. (It was a one night gig for charity, but thousands of people couldn’t get access to the event’s Zoom link so it is possible we may get an encore. Stay tuned.) That said, the delightful “reboot” has inspired yet another wave of fantasy castings by longtime fans. Throw your hat in the ring by assembling your own dream team. To get you started: my fantasy recast is Zach Woods as all four Golden Girls. It would work…right?

7. Do a Golden Girls-themed craft.

Needle point patterns, coloring books, vaguely disturbing Chia pets — The Golden Girls fanbase remains an overflowing fountain of TV-loving creativity and DIY badassery. With a bit of googling, you’ll have no trouble finding a project to do in honor of the show’s 35th.

That said, if you’re not so creatively inclined, it can be just as fun to marvel at the creations of other Golden Girls lovers online; #GoldenGirls on Instagram is pretty popping.

8. Have a Betty White movie marathon.

And by “have yourself a Betty White movie marathon,” I mean stop sleeping on White’s masterful performance in the 2009 gem The Proposal. The Ryan Reynolds and Sandra Bullock rom-com is only available for rent or purchase right now (it’s on sale on Amazon Prime Video, FYI) — but it’s so worth it, I swear. (The dog! The hawk! The sex blanket!)

Other Betty White classics include The Lorax, You Again, Toy Story 4, and Lake Placid. You can also catch White in TV shows such as Hot In Cleveland, Boston Legal, That ’70s Show, Bones, The Mary Tyler Moore Show, and Maybe This Time.

9. Watch all of The Golden Girls‘ cross-over episodes.

Sure, you may think you’ve seen every last drop of Golden Girls goodness the series’ 180 episodes have to offer. But have you sought out the magic of Golden Girls’ crossover episodes?

In classic NBC fashion, Sophia, Blanche, Rose, and Dorothy all made appearances on other shows popular on the network at the time. Get just a little more of the characters you love by catching certain episodes of Blossom and Nurses, as well as Golden Girls’ spin-offs Empty Nest and Golden Palace. It won’t be as good as the original, but it’s a little extra something for die-hard fans.

As our cherished theme song goes: “Thank you for being a friend.”

If The Golden Girls teach us just one thing, it’s the unwavering importance of being a decent person. Over the series’ seven seasons, we watched Sophia, Rose, Blanche, and Dorothy confront issues of prejudice, bigotry, and hatred time and time again. In 2020, we’re facing much of the same — but we’ve got the wisdom of our girls on our side. Listen, learn, vote, and be kind. It’s what The Golden Girls would be doing.

The Golden Girls Seasons 1-7 is now streaming on Hulu. 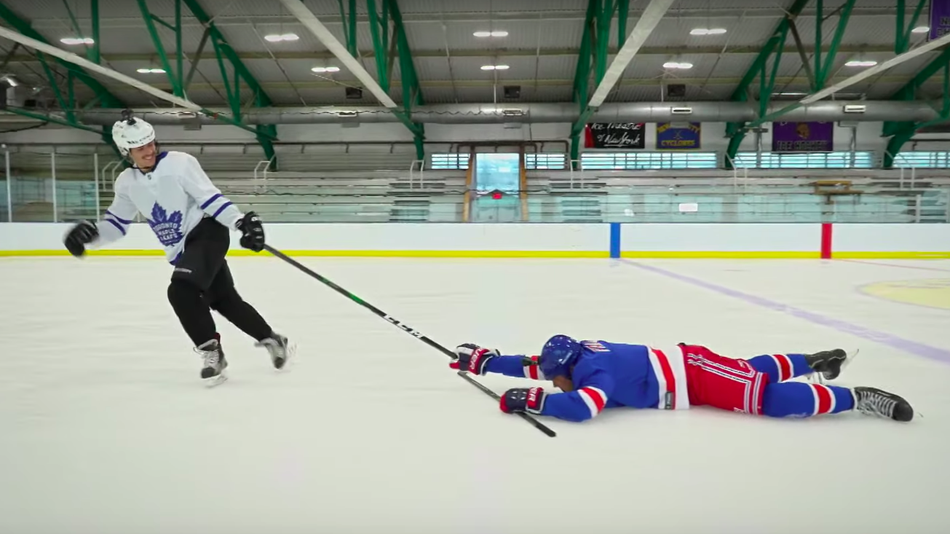 Everything coming to Amazon Prime Video in October 2020