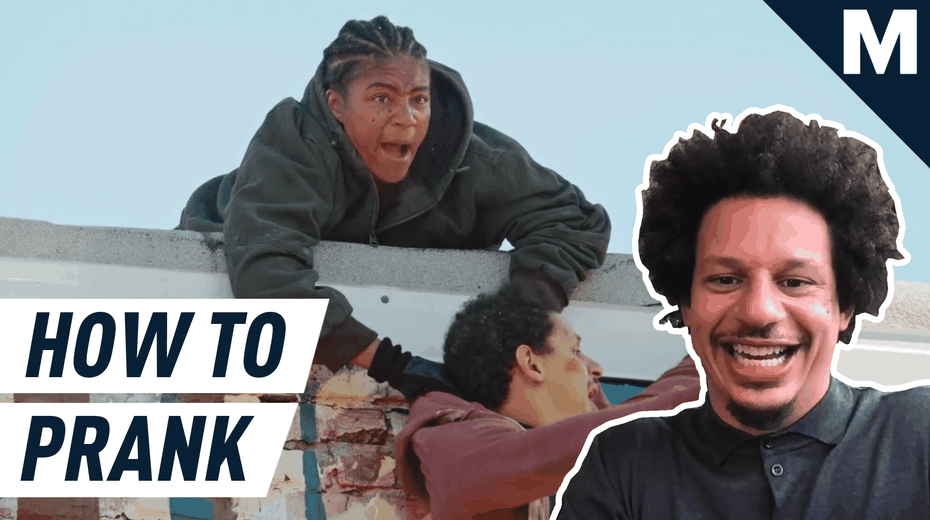 Planning your next season of streaming? Netflix has you covered.

This spring, the streaming service is dropping tons of new series and specials, as well as making good on its promise to deliver new films to subscribers every week of 2021. We’ve got horror movies, reality shows, sci-fi thrillers, superhero epics, fantasy dramas, nature docs, and more to look forward to. But with so much to watch, you’ll need to be strategic with your queue.

Listed chronologically, here are 15 Netflix TV shows and movies we can’t wait to see in spring 2021.

Idris Elba and Stranger Things’ Caleb McLaughlin star in this modern Western about a father and son reconnecting through horsemanship. Based on the novel Ghetto Cowboy by Greg Neri, director Ricky Staub’s family drama plays against a backdrop of Philadelphia’s time-honored but surprisingly little known .

The film debuted at the 2020 Toronto International Film Festival and received high praise for its sincerity and heartfelt performances, including one from supporting actor Jharrel Jerome, who won the 2019 Emmy for his part in Ava DuVernay’s When They See Us.

How to watch: Concrete Cowboy begins streaming April 2 on Netflix.

Written and directed by Ben Falcone, who happens to also be McCarthy’s partner of more than 20 years, Thunder Force looks to combine the comedic stylings of movies like Tammy and The Boss with action sequences reminiscent of Mission: Impossible. Supporting performances from Jason Bateman and Bobby Cannavale as mustache-twirling supervillains make this an especially promising pick as we head toward summer movie season. Go, Thunder Force, go!

How to watch: Thunder Force starts streaming April 9 on Netflix.

ALERT! ALERT! ALERT! The Circle is BACK! Time to hit up all your besties in your circle chat because April 14th is right around the corner. pic.twitter.com/XkB5qQhxDY

Netflix subscribers’ favorite is back this April. Hosted by comedian Michelle Buteau, The Circle tasks participants with gaining clout in an online community of their competitors, as managed by a mysterious voice assistant akin to Amazon’s Alexa. No one meets in person until the eliminations begin, and when they do, the drama is sensational. This is the show to catch if you’re looking for a water-cooler phenomenon worth discussing on your own social accounts.

How to watch: The Circle Season 2 starts streaming April 14 on Netflix, with new episodes every Wednesday.

Fans of the ’90s sitcom The Jamie Foxx Show should get excited for Netflix’s Dad Stop Embarrassing Me! In this multi-camera comedy from showrunner Bentley Kyle Evans and Black-ish director Ken Whittingham, Foxx plays a bachelor suddenly thrust into the role of full-time dad.

He’s reconnecting with his teen daughter, played by Kyla-Drew, and enlisting the help of his father and sister, played by David Alan Grier and Porscha Coleman, to raise her right. With a great cast and a pretty cute trailer, this freshman season could mark the start of something special.

How to watch: Dad Stop Embarrassing Me! Season 1 starts streaming April 14 on Netflix.

In Life in Color with David Attenborough, viewers follow along with the famed natural historian as he explores the variety of uses and meanings different colors have to different animals.

To give audiences the best understanding of color in the animal kingdom, the docuseries’ description says, “innovative technology” has been used to allow human audiences to see color as other species do. The trailer promises stunning cinematography, relaxing scenes of animals from across the globe, and, of course, the dulcet tones of Attenborough. Happy Earth Day! *

How to watch: Life in Color with David Attenborough starts streaming April 22 on Netflix.

A killer ensemble including Anna Kendrick, Toni Collette, Daniel Dae Kim, and Shamier Anderson ground what looks like one nail-biter of a space mission.

Directed by Joe Penna, with a screenplay co-written by Penna and Ryan Morrison, Stowaway follows the crew of a spaceship en route to Mars, who discover they’ve accidentally brought along an extra passenger. With a limited oxygen supply calculated for the mission, the mistakes poses deadly consequences. Judging from the trailer, this sci-fi thriller should be a worthy addition to Netflix’s growing catalogue of films in that vein, including The Old Guard, I Am Mother, and more.

How to watch: Stowaway starts streaming April 22 on Netflix.

Brace yourself for another epic fantasy adventure, Netflix’s Shadow and Bone.

Based on author Leigh Bardugo’s popular , the upcoming magical drama follows heroine Alina Starkov (Jessie Mei Li) as she fights to harness an incredible power within her. Doing so, we learn, will mean the difference between unimaginable destruction and stopping the dark forces behind it. Shadow and Bone also stars Archie Renaux, Freddy Carter, Amita Suman, Kit Young, and Westworld’s Ben Barnes.

How to watch: Shadow and Bone begins streaming April 23 on Netflix.

Academy Award-nominated filmmakers Shari Springer Berman and Robert Pulcini, known for American Splendor, Girl Most Likely, The Nanny Diaries, and more, take on the horror genre in their newest movie, titled Things Heard and Seen. It’s based on a hugely popular novel — author Elizabeth Brundage’s All Things Cease to Appear — and will star James Norton and 2021 Oscar contender Amanda Seyfried as a couple who purchase property with a terrible past. Supporting performances by Stranger Things‘ Natalia Dyer, Better Call Saul‘s Rhea Seehorn, and more.

How to watch: Things Heard and Seen begins streaming April 29 on Netflix.

In all honesty, we weren’t the biggest fans of Selena: The Series Part 1. Mashable’s Alexis Nedd actually described it as “a glowing but unnecessary remembrance of a superstar” in from last year. That said, lead actor Christian Serratos’ uncanny take on late Mexican American icon Selena Quintanilla, the role some of Quintanilla’s surviving loved ones have played in the show’s creation, and an exquisite soundtrack make this series worthy of a return visit.

How to watch: Selena: The Series Part 2 begins streaming May 4 on Netflix.

Created by Steven S. DeKnight, known for Sparatcus on STARZ, the superhero series explores how one generation of Earth’s protectors might pass on their legacy to a new league of warriors. There’s still so much we want to know about this adaptation (a full trailer hasn’t even dropped yet), but based on what little we have seen? Netflix just might have nailed it.

How to watch: Jupiter’s Legacy begins streaming May 7 on Netflix.

French director Alexandre Aja’s Oxygen is a sci-fi adventure designed to keep you on the edge of your jump seat. Conceived and created during the pandemic, this survival thriller stars Mélanie Laurent as a woman who wakes up in some kind of cryogenic chamber with no memory of how she got there. Audiences come along for the ride as she fights to escape before suffocating.

Basically, it looks like the 2010 movie Buried meets the premise for Netflix’s April 22 release Stowaway — and we definitely want to see where that goes. Plus, the pandemic ingenuity? Love it.

How to watch: Oxygen begins streaming May 12 on Netflix.

After multiple delays, only some of them pandemic-related, The Woman in the Window is finally reaching audiences. Director Joe Wright heads up this adaptation of author A. J. Finn’s 2018 thriller about an agoraphobic woman who believes she is a witness to the murder of her friendly neighbor.

How to watch: The Woman in the Window begins streaming May 14 on Netflix.

The first half of 2021 has been and will continue to be a great time for fans of Zack Snyder.

In Netflix’s Army of the Dead, the Justice League director gets back to his zombie roots with an apocalyptic adventure led by Marvel star Dave Bautista. It’s a Las Vegas-set heist movie that follows a group of mercenaries as they try to do something that at the very least looks super rad. Not that much about the plot is known at this point, but, you have to admit, the trailer is sick.

How to watch: Army of the Dead begins streaming May 21 on Netflix.

It’s anyone’s guess how The Kominsky Method will go on without legendary actor Alan Arkin, who exited the cast in 2020 after the series’ first two award-winning seasons. Still, if there’s any showrunner and lead actor pair that can manage that sort of change, it’s Chuck Lorre and Michael Douglas. The final season of the comedy drama will conclude the poignant story of acting coach Sandy Kominsky across six episodes we can only hope live up to the series’ legacy.

How to watch: The Kominsky Method Season 3 begins streaming May 28 on Netflix.

Netflix’s reality TV hive will have to wait a little longer to get Season 2 of runaway hit Love Is Blind. (Fans really aren’t sure on the timing there, but at this point a spring release doesn’t seem likely.)

In the meantime, however, we’ll be able to dive into the ridiculous antics of another Netflix dating game with Season 2 of . It’s a Love Island-style experiment in romance and celibacy that rewards players for holding back their horniness with a cash prize. Yeah, it rocks.

New episodes will start releasing Wednesdays in June, after The Circle Season 2 names a winner. So clear your schedule, get pumped, and prepare for the memes.

How to watch: Too Hot To Handle begins streaming in June on Netflix, with new epsiodes every Wednesday.

Asterisks (*) indicate entry has appeared on a previous Mashable list. 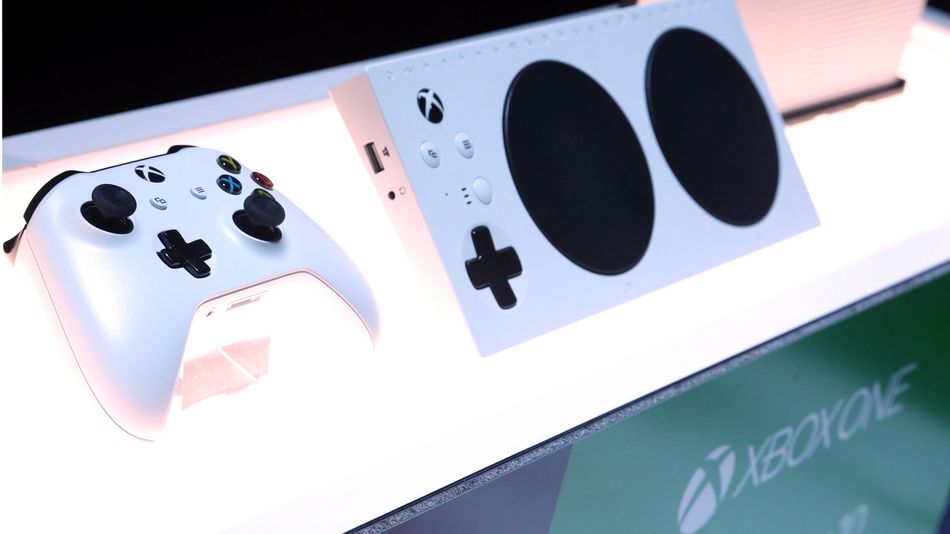 Custom Xbox add-on turns your power wheelchair into a controller