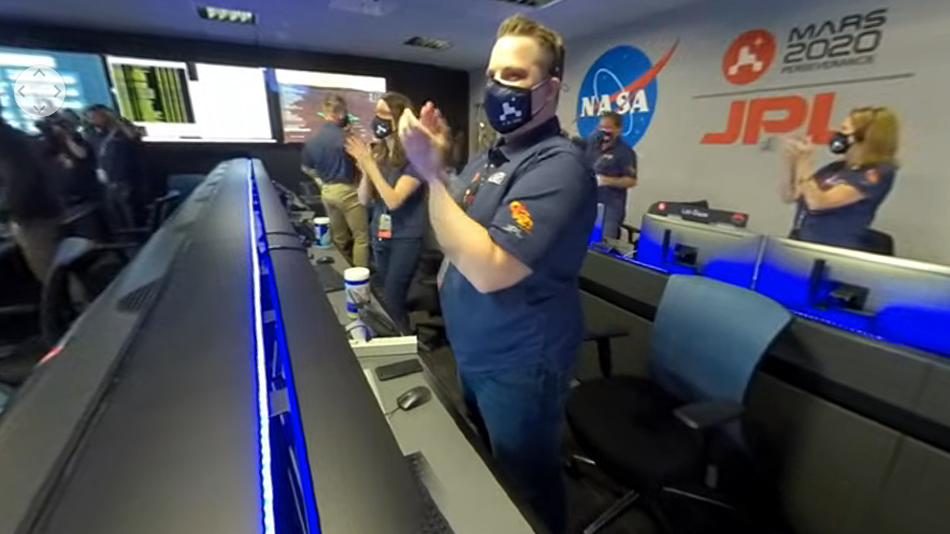 The so-called “seven minutes of terror” elapsed without incident, and when it was all over the Perseverance Mars rover was safely touched down on the surface of the Red Planet. Its arrival brings the total surface population of Earth-made land vehicles to two, with Perseverance joining the Curiosity rover.

You’ve already seen what the landing looked like from inside mission control. But this newly released 360-degree video from NASA’s Jet Propulsion Laboratory puts you right there in the middle of the action. Hit play and drag the video around to peer into every corner of the mission control room.

The release of pent-up anxiety at the end of this four-minute clip is so satisfying, and serves as a good reminder of just how wondrous human achievements in science really are.

This is the kind of lung infection COVID-19 looks like

Why more heat will pummel California