Getting a new piece of technology is a lot like getting a puppy on Christmas Day. The rest of the afternoon and evening are likely to be spent playing with your new present, marvelling at how perfect and new it is, and changing all the settings so it’s just the way you like it.

Fast forward a couple of years, and the passage of time will have taken its toll. The puppy is now a fully grown dog, and even though you still love it very much, you have to admit that it sure does love to chew on your brand-new trainers, and it keeps leaving piles of sick right outside your bedroom door like a gift.

Likewise, my Switch, after two years, was beginning to show signs of wear and tear, and Switch years are a lot shorter than dog years. A life on the road scratched it up worse than a cat who lost a fight, and I’m apparently not the only one who’s got a network of cracks down the back – apparently there’s some issue with parts swelling when the Switch gets hot. Sounds dangerous! 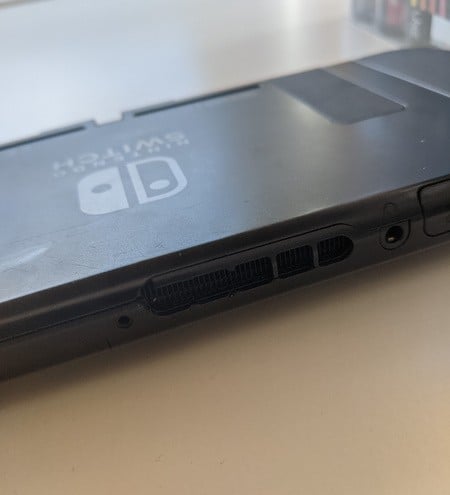 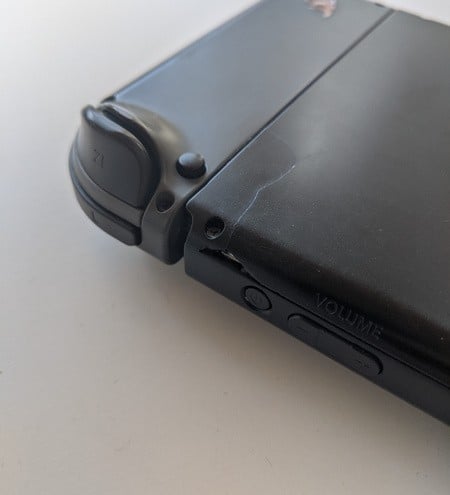 A back plate only a mother could love

Not to mention that it heaves and whines like a teenager being forced to go on a hike every time I ask it to run games, even the simple ones. It’s getting to the point where I’m half expecting it to just explode one day while I’m playing Story of Seasons in bed.

And, like almost everyone who’s owned a Switch for a while, I have Joy-Con drift on all four of my Joy-Cons. I mostly use a Pro Controller to get around the issue, but that means I can’t play handheld for very long, or I’ll end up chucking the thing at the wall. And that definitely wouldn’t help.

I can’t get it fixed, because it’s a UK Switch, and I live in Canada, and they won’t let me send it in. I’m also a little nervous to send in the device I use for work, since I wouldn’t be able to review anything, check details, or take screenshots for articles for who knows how long. Also, I lost the charger and the dock somehow, and I feel like Nintendo will refuse to fix the Switch of someone so dang careless.

Long story short, I’ve been waiting on the Switch Pro for a while now. I know it’s just a rumour, and I know this is all very “first world problem”, but realistically, if I’m going to drop a significant amount of dosh on a new Switch, I don’t want it to start deteriorating immediately like my current one. I don’t want to deal with Joy-Con drift again, but I also don’t want to feel forced into buying third-party peripherals to fix it – although, I have to say, the Hori Split Pad is pretty tempting.

But all of those things are just that: assumptions. None of us really know a damn thing about what Nintendo is planning for their next hardware reveal, or whether it will address the issues that the current Nintendo Switch has at all. So, like an idiot, I’m sat here patiently waiting for a magical cure-all model of Switch that may or may not be better than the limping old dog with a missing eye and bald patches everywhere that I currently have. I love the little guy deeply, but he’s on life support at this point. The Switch, that is. Not the dog. The dog is an illustrative metaphor.

I’d love to be able to upgrade at the same time as leaving this one to rest in peace, but realistically, it’s more likely to die on me long before a new Switch model comes out. I can’t afford to wait much longer, so I’m probably gonna splash out on that fancy new blue Switch Lite that was just announced. At least that way I won’t feel too annoyed if the Switch Pro gets announced immediately after I hit the “Buy” button, which it almost definitely will.

Are you in a similar boat? What did you end up doing after/before your Nintendo Switch finally died? Let us know in the comments! 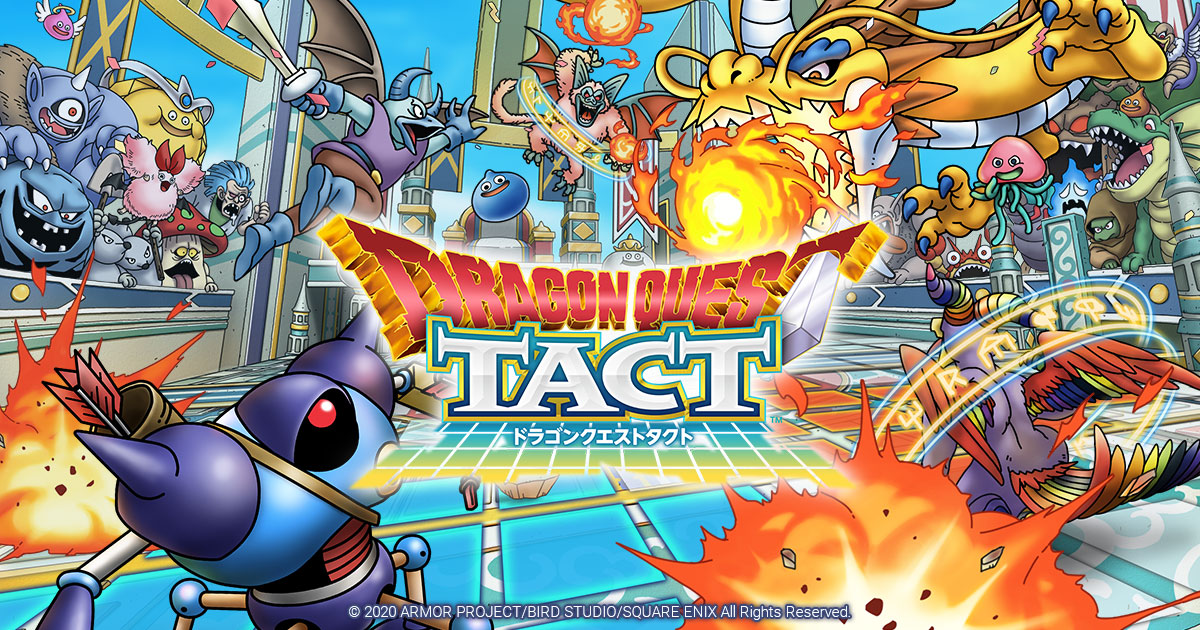