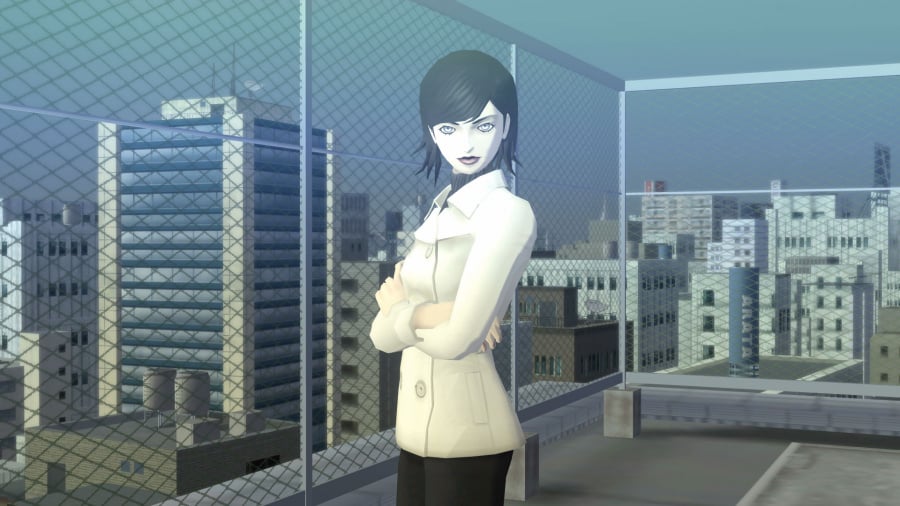 18 years removed from its original release on PlayStation 2, Shin Megami Tensei III: Nocturne still has a lot to offer hardcore RPG fans. In fact, its heavy focus on dungeon crawling and monster management is perhaps even more unique today than it was almost two decades ago, especially when it’s placed side-by-side with modern Atlus games like Persona 5 Royal.

That said, there are elements of Nocturne that haven’t aged well at all, and for better or worse, this HD Remaster does very little to hide the blemishes. Priced at £44.99, this rebirth of a cult classic is barebones at best, offering a rather basic graphical upgrade and not much else. It’s also insulting that paid DLC is being sold alongside the remaster — old, additional content that could and should have been included at no extra cost, given the game’s age.

Fortunately for SEGA / Atlus and its questionable business practices, Nocturne itself remains an intriguing adventure. By today’s Japanese RPG standards, it’s light on dialogue and exposition, but the story still carries weight, bolstered by the game’s relentlessly foreboding atmosphere. You see, the world quite literally goes to hell just minutes into Nocturne, as an apocalyptic event sees Tokyo contort into a haven for demonkind. 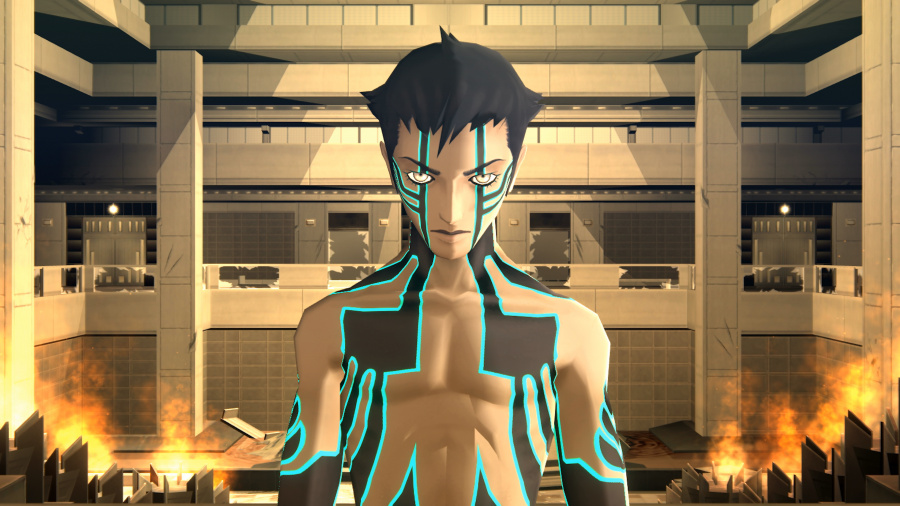 You play as the Demi-fiend — a regular teenager transformed into a powerful demonic enforcer. At first, your goals are unclear, but as you reconnect with your school friends and attempt to make sense of this new world, the plot shifts focus. You end up fighting for the future of this fresh reality, essentially deciding on the form that it’ll take through player choice. There are some abstract and thought-provoking themes in Nocturne, and it makes for an interesting ride.

It’s really the gameplay loop that’ll keep you hooked, however. To survive in a realm where demons are more than happy to feast upon one another, you’re forced to ally yourself with creatures of all shapes and sizes. Some Nocturne fans jokingly refer to the game as “Pokémon with demons”, but it’s not far off the mark.

At its core, Nocturne is a monster-taming RPG, where your success hinges on building a team of powerful beasts. Through turn based battles, you recruit new demons, and later fuse them into even stronger entities. Different demons have different strengths and weaknesses, as well as their own set of attacks and abilities. Creating a crack squad is an incredibly addictive time sink, and the system only gets more compelling as the journey continues. 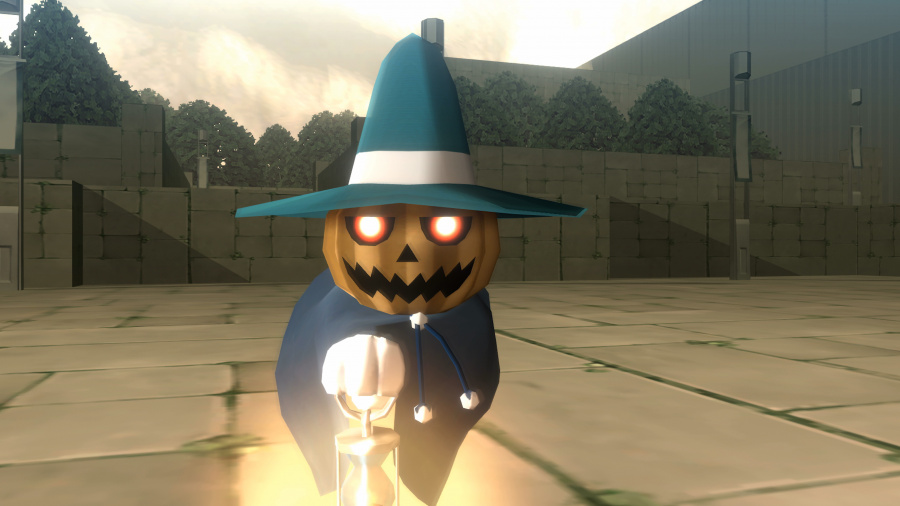 You’ll need that crack squad, by the way. On its normal difficulty and above, Nocturne is not an easy game. Combat is centred around taking advantage of elemental weaknesses. Doing so nets you extra turns, and with a bit of strategic thinking, this means that you can wipe out whole groups of enemies before they get a chance to retaliate. However, your opponents are just as capable, and they rarely pull any punches.

This is no more apparent than during boss fights — some of which are absolutely brutal. Enter the fray underprepared and you’ll be combo’d into oblivion, but that’s just how Nocturne rolls. Mercifully, if you’re new to this demon wrangling business or you just don’t fancy grinding your way to glory, you can always switch to the remaster’s new ‘Merciful’ difficulty, which is available as free DLC. Not only does it make encounters much less dangerous, it also increases the amount of experience and money that you get from each fight. A welcome addition for those who may not appreciate the title’s unforgiving nature.

So Nocturne’s core gameplay loop still shines, but the same can’t be said of its dungeon design. Copy-paste, labyrinth-like environments and the lack of an on-screen minimap result in unnecessary tedium. It’s rough, and it’s something that will no doubt test the patience of newcomers. 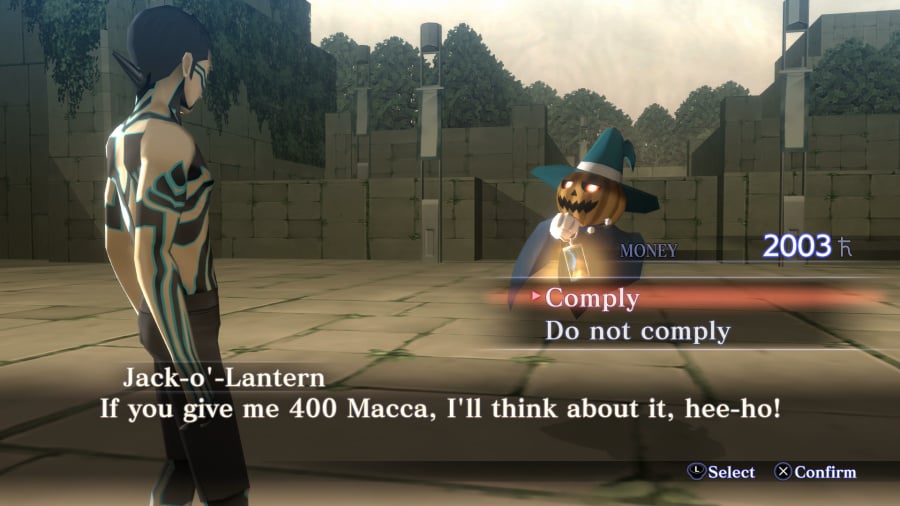 Indeed, the general lack of direction might be an issue as well. Nocturne subscribes to the old school RPG formula of talking to absolutely every NPC until you have some vague idea of what you’re supposed to be doing and where you’re supposed to be. As such, it’s surprisingly easy to become lost or stuck, unsure of what needs to be done in order to advance the story. We played through Nocturne a few times back in the day, and we still had to scan a couple of old GameFAQs walkthroughs just to progress in HD Remaster.

Shin Megami Tensei III: Nocturne HD Remaster offers something a bit different here in 2021. By today’s standards it’s a very hardcore, old school RPG; an adventure that’s both unwelcoming and uniquely intriguing — even engrossing once you’re invested. But it’s also a cult classic that deserves more than this barebones remaster, which does very little to enhance the overall experience — especially for its price tag at release.

‘My world is Earth 0. 14. 0 brings hidden rewards box in the adventure, three new mobs, and more on IOS and Android–good

Here Are The Biggest Twitch And YouTube Livestreams Ever