Scientists have discovered damage to two major Antarctic glaciers through satellite imagery, according to a new study.

Researchers from the U.S. and several other countries published a study Monday that found two of the fastest-changing glaciers in Antarctica, the Pine Island Glacier and Thwaites Glacier, have developed “crevasses and open fractures,” which show “signs of their structural weakening.”

“These damage areas consist of highly crevassed areas and open fractures and are first signs that the shear zones of both ice shelves have structurally weakened over the past decade,” researchers wrote in the abstract.

The glaciers’ “shear zones,” or areas of severe deformation, have increased about 30% since 1992, and the fastest increase occurred between 2000 and 2010.

Researchers concluded that it is impossible for the glaciers to completely collapse in the near future because surface-level melting is so little, but damage in shear zones “makes them vulnerable to enhanced mass loss and grounding line retreat.” 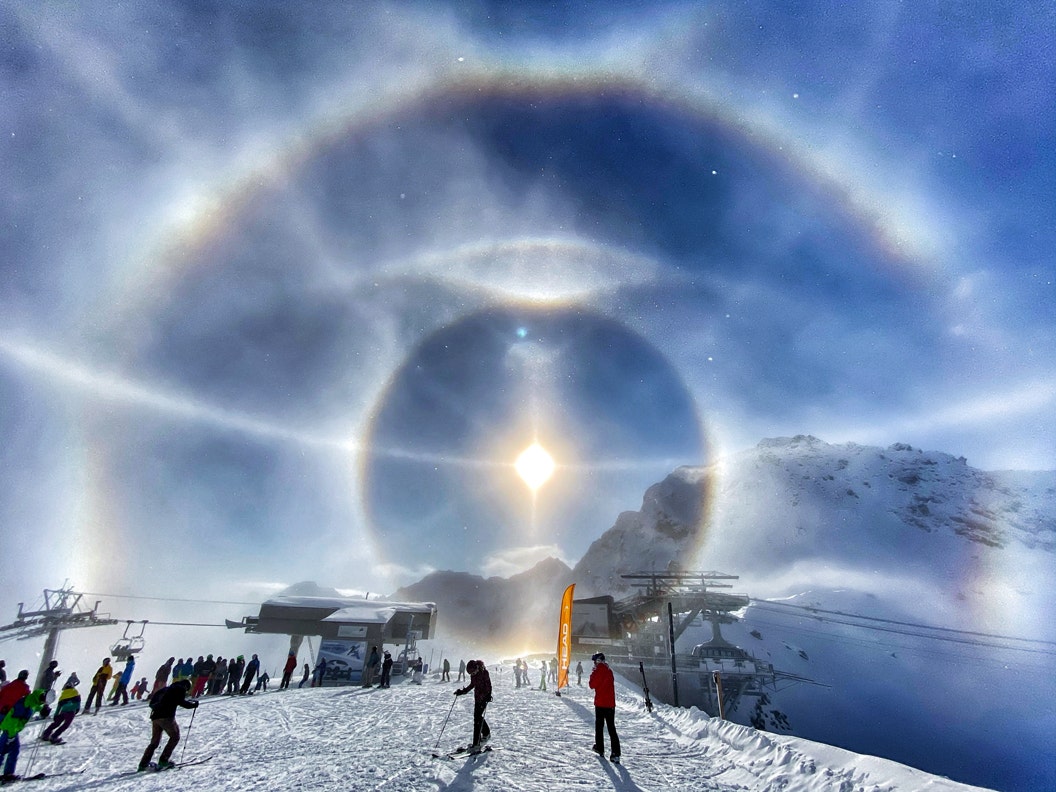 ‘Ice halo’found around the sun in incredible photo