When it comes to climate change, Rainn Wilson has one crucial request: “Don’t be an idiot.”

If that message sounds familiar to fans of The Office, it’s because it’s the best piece of advice that Michael Scott ever gave Wilson’s character, Dwight K. Schrute. Now, Wilson is passing those same words of wisdom along in the hopes of encouraging people to educate themselves on climate science and global warming.

The words “climate change activist” might not immediately spring to mind when you think of The Office actor, but Wilson — who’s vowed to use his platform to help raise awareness on the global climate crisis — wants to change that.

In July, Wilson launched “An Idiot’s Guide to Climate Change,” a comical yet informative six-part docuseries on YouTube that he created with , the digital media/entertainment company he co-founded in 2009 that focuses on creating positive, impactful content.

In the series, Wilson embarks on a quest to better understand climate change basics and how individuals can help combat its dangerous effects on the planet. He visits Iceland to learn about carbon dioxide (CO2) emissions, travels to Greenland to get a firsthand look at melting glaciers, and speaks with a series of seasoned experts and young activists.

Wilson has always cared about the environment, but after seeking out a deeper understanding of climate change he’s more determined than ever to take action and help protect the planet.

What moved Wilson to action

“I always believed in the science of climate change, I just was never really doing anything about it,” Wilson explained in a phone interview with Mashable. “And by the way, that word ‘belief’ is a very, very strange word. One doesn’t believe in science, science just is.”

Until recently, Wilson described himself as — someone who takes part in simple activist efforts that aren’t super impactful. After checking in with himself and questioning his hypocrisy, Wilson felt compelled to take on more responsibility.

“(I thought,) ‘Rainn, this is something you seem to care about. You read the articles, and you are concerned about your son, and your son’s children, and their children, and the future of the planet that you love so much. But the only thing that you do literally is send out an occasional angry tweet about it. And you’ve got to do a hell of a lot more, both in your personal life and in your role as a public figure in the media,'” he said.

Shortly after Wilson’s epiphany, he met Lancaster University Professor of Sustainability Dr. Gail Whiteman, who founded , a nonprofit that researches rapid climate change in the Arctic and presents their findings to world leaders at World Economic Forum (WEF) annual meeting at Davos.

“I got involved in her nonprofit endeavor and that’s when she invited me to come to Greenland,” Wilson said.

Seeing the effects of climate change up close

After taking an informative stroll around Reykjavík, Iceland, with astronomer and climate activist Sævar Helgi Bragason, Wilson learned about reduced CO2 emissions at an Icelandic Toyota factory and made his way to Greenland’s ice sheet, which is melting at unprecedented rates.

With the changing icecaps before Wilson’s eyes, Whiteman, along with atmospheric scientist Dr. Jennifer Francis and Arctic scientist Dr. David Hik, gave him a crash course on climate change in the Arctic.

“I didn’t really understand that the reason that everyone always talks about the Arctic when they talk about climate change is that the repercussions of climate change are far more severe (there) than they are in the rest of the northern and southern hemispheres,” Wilson explained.

“(People may think) like ‘Oh, who cares what’s happening up in the Arctic Circle or up in Greenland.’ But it has tremendous impact down here on the extreme weather patterns,” Wilson continued.

“It can seem overwhelming, but there are a series of repercussions, domino effects, chain reactions — whatever you want to call them — with global warming,” Wilson said. “It’s not just that the weather’s getting warmer and we’re having more heat waves. That’s why they call it climate change, because it’s changing all of these myriad factors.”

Reasons to be hopeful when the climate crisis feels hopeless

Though climate change seems like an impossibly challenging issue to tackle, Wilson still has hope. While larger efforts from companies, industries, and governments are undoubtedly needed to make real headway in the fight against climate change, the reality is that individuals can still help make a difference.

If you’re a fan of The Office who simply clicked on this article because you miss the show, the man who played Dwight wants you to start caring more about the planet. And he’s confident that his beet-farming, bear-loving Office character would want that too.

“I think Dwight is part right-wing nutjob, but he’s a diehard environmentalist. And he would never let party override his passion for the science and his passion for the planet, as witnessed by his dedication to Recyclops,” Wilson confidently explained.

So if you’re looking for ways to take action, here are Wilson’s suggestions. Aside from taking a few hours to educate yourself about the science of climate change, the actor says it’s crucial to vote for leaders who believe in science and take scientists seriously.

“Our nation needs to work in confluence with other nations,” Wilson said, stressing the urgency at which the United States needs to re-enter the Paris Agreement. (Donald Trump moved to withdraw the country from the United Nations pact in 2019, and America officially exited the agreement on Nov. 4, 2020. President-elect Joe Biden has pledged to re-enter it once he takes office.)

Another thing that gives Wilson hope is “the number of young people who are devoted, dedicated, impassioned climate activists.”

Wilson spoke with young change-makers like Katie Eder, executive director of Future Coalition — a nonprofit organization of young activists working to inspire change —  and climate activist Greta Thunberg in his series. He emphasized how deeply he admires and applauds all the members of younger generations who are powerfully taking a stand.

You haven’t seen the last of Rainn “Recyclops” Wilson

Though Wilson’s YouTube series has ended, his climate change activism has only just begun.

SoulPancake will continue to shine a spotlight on the climate crisis with shows like Now What?, a new series hosted by Tessa Claire Hersh that has an episode dedicated to fighting for climate justice.

As for Wilson, he plans to continue working on the board of Arctic Basecamp and has a few exciting events coming up in conjunction with the World Economic Forum, along with the 2021 United Nations Climate Change Conference in Glasgow, Scotland.

“We’re going to do a virtual Arctic base camp and have a big event with musicians and scientists, and actors, and environmentalists that will be streaming online,” he continued. “I’m gonna try and get my new good buddy, Billie Eilish to take part in that.”

Wilson hopes fans will tune in to learn more about the climate crisis and remember they can help create positive change.

“It’s crucial that we all take active steps.”

“The tricky thing about climate change is that we feel like ‘Oh, what can I do? I’m just one person. This is such a big issue. This has to do with 7 billion people on the planet and has to do with oil companies, and coal companies, and giant corporations, and manufacturing… What good do I do?'” Wilson said. “And the truth is, not a whole lot. But if everyone continues to think that way, nothing will get done.”

An Idiot’s Guide to Climate Change is available to watch on YouTube. 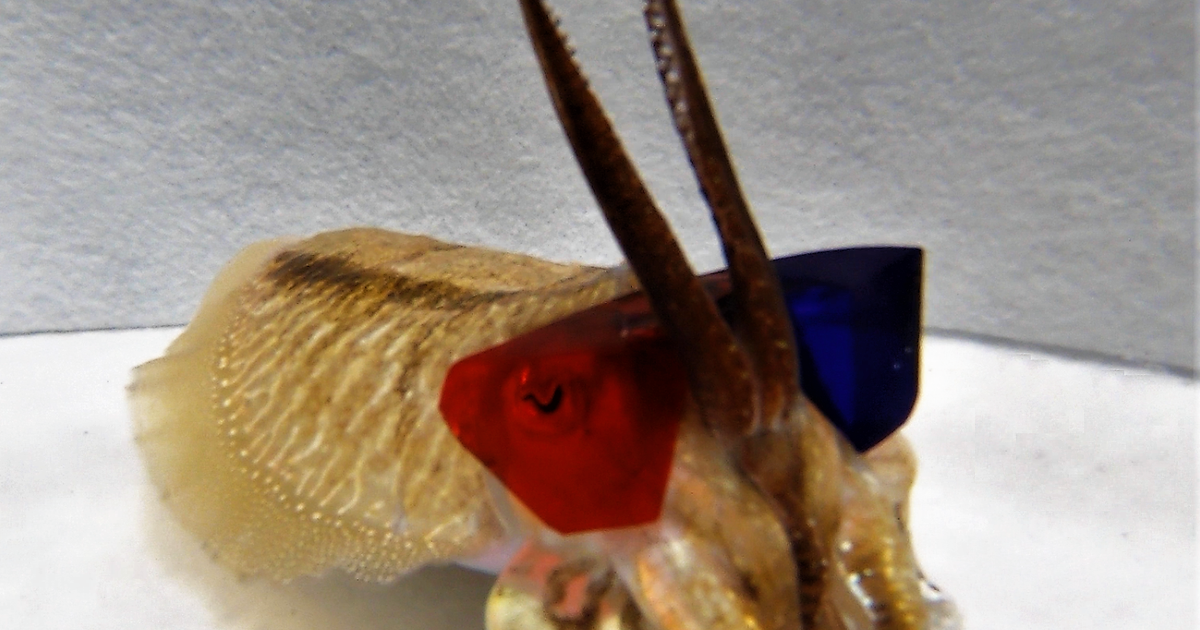 The researchers put the 3D glasses in the squid for…science