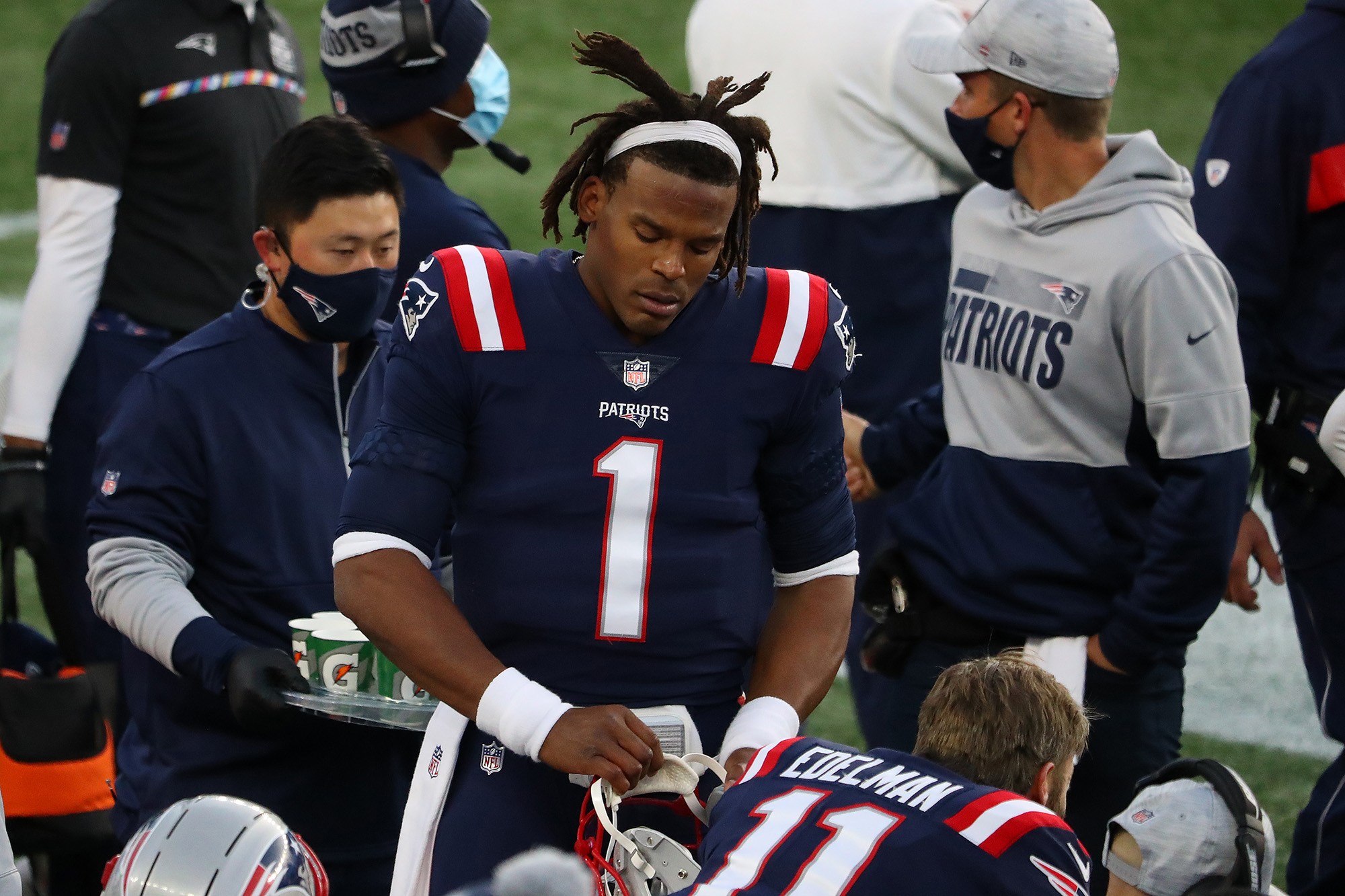 Bill Belichick pulled the former NFL MVP quarterback in the third quarter of New England’s 33-6 loss to the 49ers on Sunday, replacing him with Jarrett Stidham — but it will not cost him his job. The coach said after the game that Newton is still the team’s starter.

The 31-year-old who is in his first season with the Patriots, had played poorly, going just 9 of 15 passing for 98 yards and three interceptions. New England trailed 30-6 when Newton threw his third pick, which led to a 49ers field goal and the final margin of 33-6. Stidham didn’t fare much betting, also throwing an interception to end his first drive.

New England was reportedly in the market to add a pass catcher before the NFL trade deadline on Nov. 3 to provide help for Newton.

The former Panthers star got off to a hot start in New England as he looked to replace Tom Brady, throwing for two touchdowns and running for four as New England went 2-1 to begin the season. Newton then contracted the coronavirus prior to Week 4 and has not been the same since returning last week. He has thrown five interceptions and scored zero touchdowns as the Patriots dropped to 2-4. Stidham also played in Week 4 when he relieved Brian Hoyer with Newton sidelined.