Enbridge plans to proceed with its tunnel under the Straits of Mackinac next year, despite the reported discovery of 10,000-year-old Ice Age artifacts at the proposed site.

The four-mile tunnel is scheduled to begin construction in 2021, and will house a pipeline built 100-feet below the lake bed, which the company says will protect the pipes from anchor strikes and other marine accidents.

The company will foot the $500 million tab to complete the project, which will replace the current Line 5 pipeline that has been situated above the lake bed for the past 63 years.

“Our Tribes have been telling State and Federal agencies about the cultural and ecological importance of the Straits for years,” Bryan Newland, Chippewa Ottawa Resource Authority board member, said in a statement. “The recent discoveries of artifacts and cultural sites on the bottom of the Straits further confirms what we have been saying all along.”

However, an Enbridge spokesman questions the validity of Newland’s claims.

“Enbridge is committed to a process of identifying culturally and archeologically significant features in the Straits and protecting them as we advance the Great Lakes Tunnel Project,” Enbridge’s Ryan Duffy told The Center Square via email.

“We conducted a cultural assessment in the water at the Straits in 2019 as part of permitting for our geotechnical investigation. Side-scan sonar imagery was used to map the lakebed and we found no submerged cultural resources in the area that was assessed.”

Duffy continued: “We have not seen the report from the organization suggesting they have discovered significant features and we do not know if they assessed the same areas we did.”

In its news release, CORA again quoted Newland: “It is disturbing to hear reports that Enbridge may have actively obscured knowledge of these cultural sites. Federal and State agencies must conduct a full investigation of this before taking any further action. We must protect this part of our history. We simply can’t trust Enbridge to do that.”

“We are open to sharing the information we have collected with tribal governments and learning more about the assessment done by this group,” Duffy said. “We have invited tribal governments to participate in identifying and protecting culturally and archaeologically significant features in the Straits. We would welcome the opportunity to meet and talk with this group.”

The CORA release offered no support for Newland’s allegations, and The Center Square did not receive a response to a phone message left with the organization’s Lansing-based public relations firm, Martin Waymire.

The CORA release was disseminated Thursday morning, less than two days after Enbridge broadcast its own news release, which reported 26 Michigan counties had passed resolutions in support of the company’s tunnel project. Enbridge noted that 14 of the Upper Peninsula’s 15 counties are included in that tally.

Enbridge cites polls conducted by TargetPoint Consulting and Enbridge, which determined more than 60 percent of Michiganders across the political spectrum support construction of the tunnel.

“Communities that realize protection of the Great Lakes and natural resources are of utmost importance to Michiganders passed these resolutions,” Candice Braddock, senior community engagement advisor for Enbridge, said in a statement.

“They understand there is nothing partisan about the Great Lakes Tunnel Project, which is why Democrats and Republicans support it,” Braddock said. 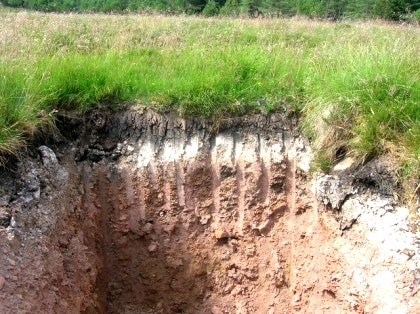