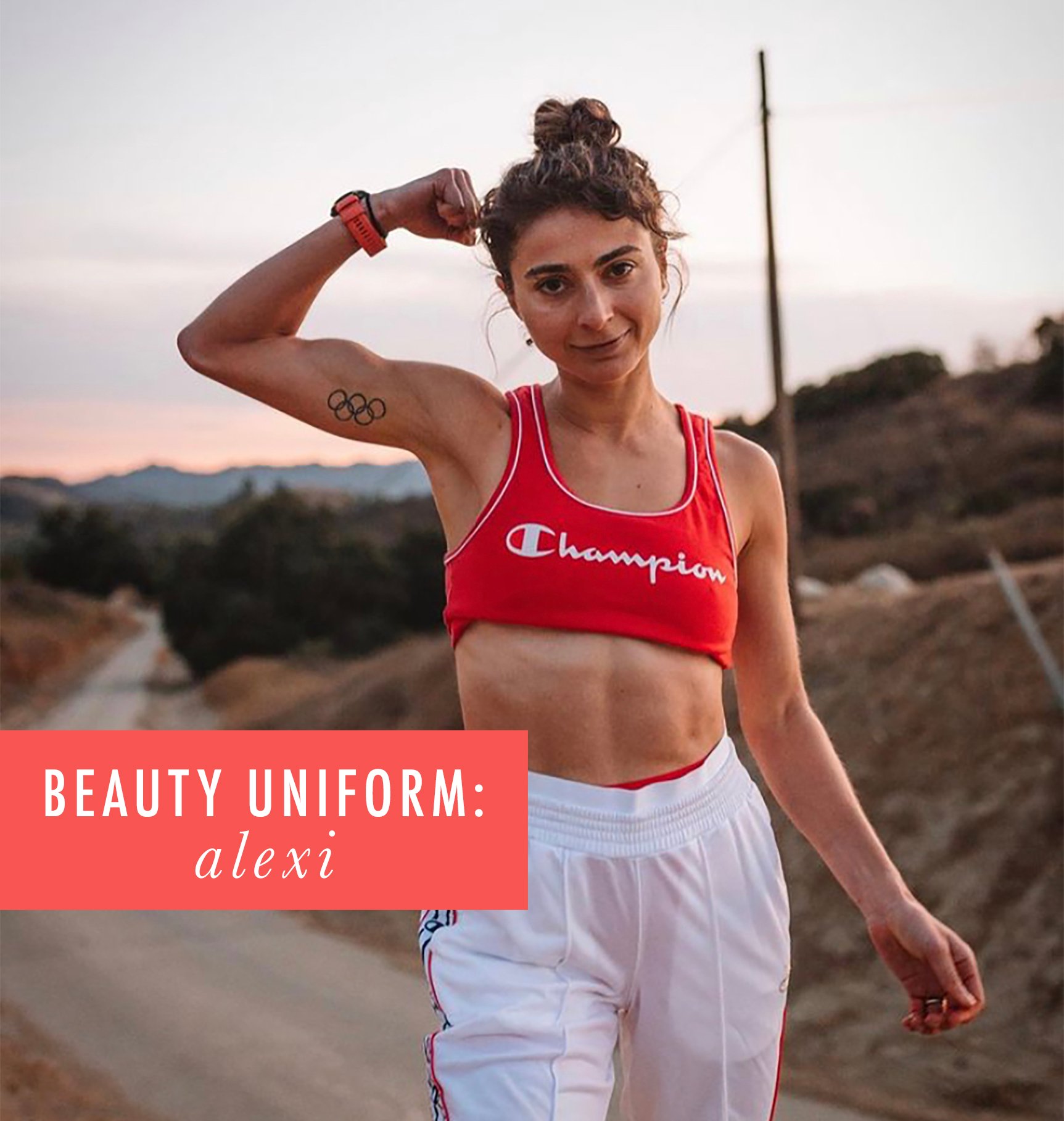 Alexi Pappas is an Olympic runner, actress, filmmaker, and author of the inspiring new memoir Bravey (which comes out today!), but I first fell in love with her when my teenager daughter sent me one of her Instagram posts…

…Underneath a video of Alexi running a hill workout was one of her trademark poems:

girl: cant
hill: can
girl: no
hill: i am rooting for you
girl: no you not
hill: i promise i am
girl: why are you here
hill: im here for you

Her voice was so different from other runners — it was vulnerable, real, motivating. She called her followers “Braveys” and she didn’t want us to just watch her journey, she wanted to bring us along and help us achieve things, too. That idea of a hill cheering her on — an obstacle pushing her instead of holding her back — is signature Alexi, as I’d soon discover reading her memoir.

After losing her mom to suicide at age four, Alexi looked for mentors, cheerleaders and goodness everywhere. When she was diagnosed with severe clinical depression following one of the peak experiences of her life — competing for Greece in the 2016 Olympics — she found the support her mother never had. Here, she talks about how she takes care of herself, the importance of a good “race face,” and when she feels the most beautiful. 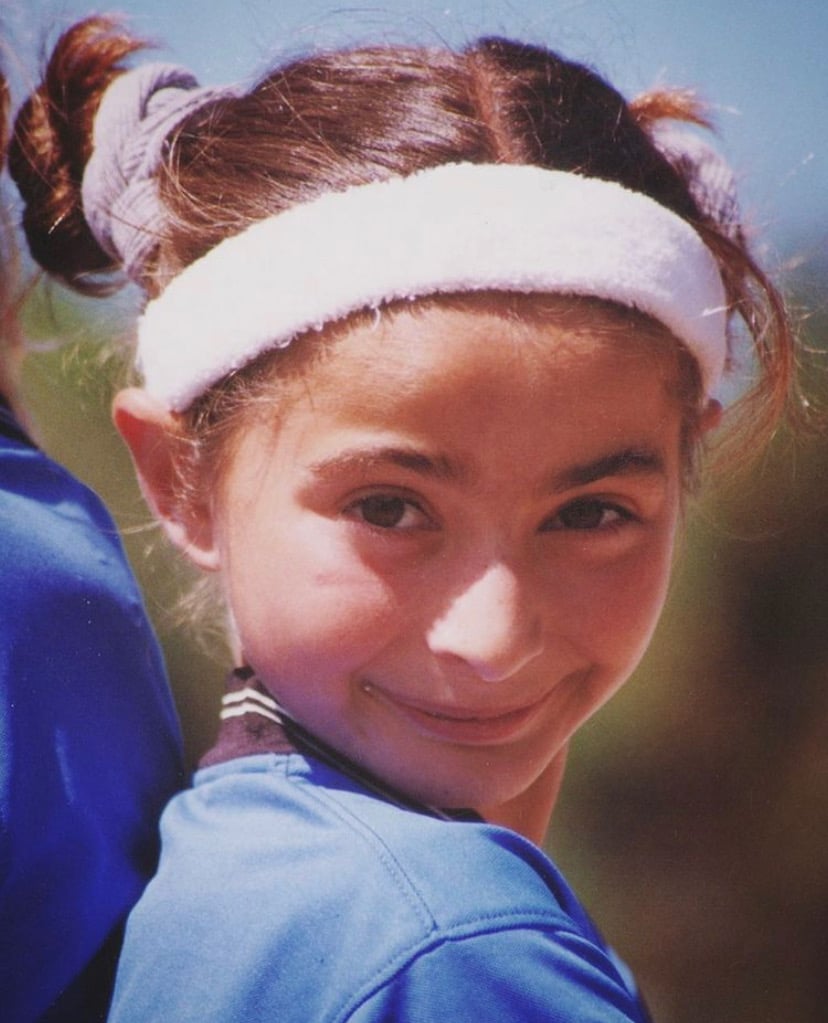 The word “Bravey” came from another one of your poems: “run like a bravey, sleep like a baby, dream like a crazy, replace can’t with maybe.” Tell me what it means to be a “Bravey.”
It became a self-identifier for those who are willing to chase their dreams even though it can be intimidating and scary. The thing about the word ‘Bravey’ that I like is that it is more of an inward-facing word, and some of the words that we strive for as young girls, like ‘strong’ and ‘fierce’ to me feel very outward facing. I think what has worked with ‘Bravey,’ is that it feels like your choice to just decide that you are that, and it means this to me. I could have used more words like that growing up. 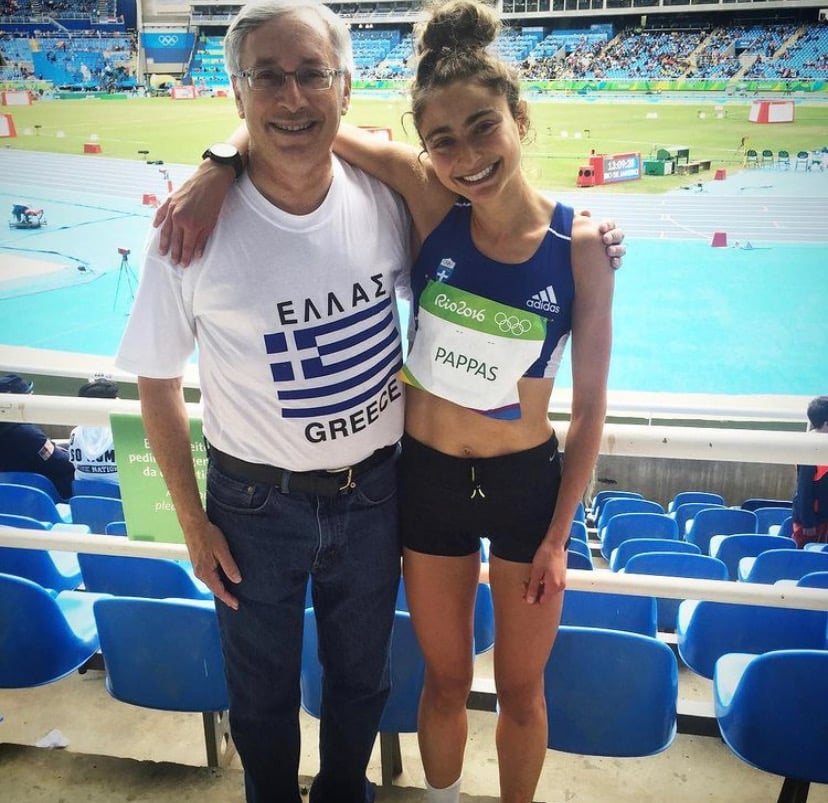 I love how you describe growing up in a house with only men, how your brother taught you how to pee standing up. Did that inform your relationship with beauty?
After my mom passed away, I lived in a house with my dad (above) and brother that was filled with sports and Seinfeld and Howard Stern on the radio and my room was like a study in girly over-compensations. I wanted to be a princess like every other little girl I knew in the 90s and as I grew up, I followed a lot of trends, because it wasn’t like there was one person saying, ‘Oh no. You don’t need that,’ or ‘Try this.’ So, when glitter became trendy, I was putting on glitter. It was all an attempt to fit in. When you’re growing up, at least from my experience, I just wanted to be able to pass as someone who might’ve had a mom, someone who might’ve had female guidance. 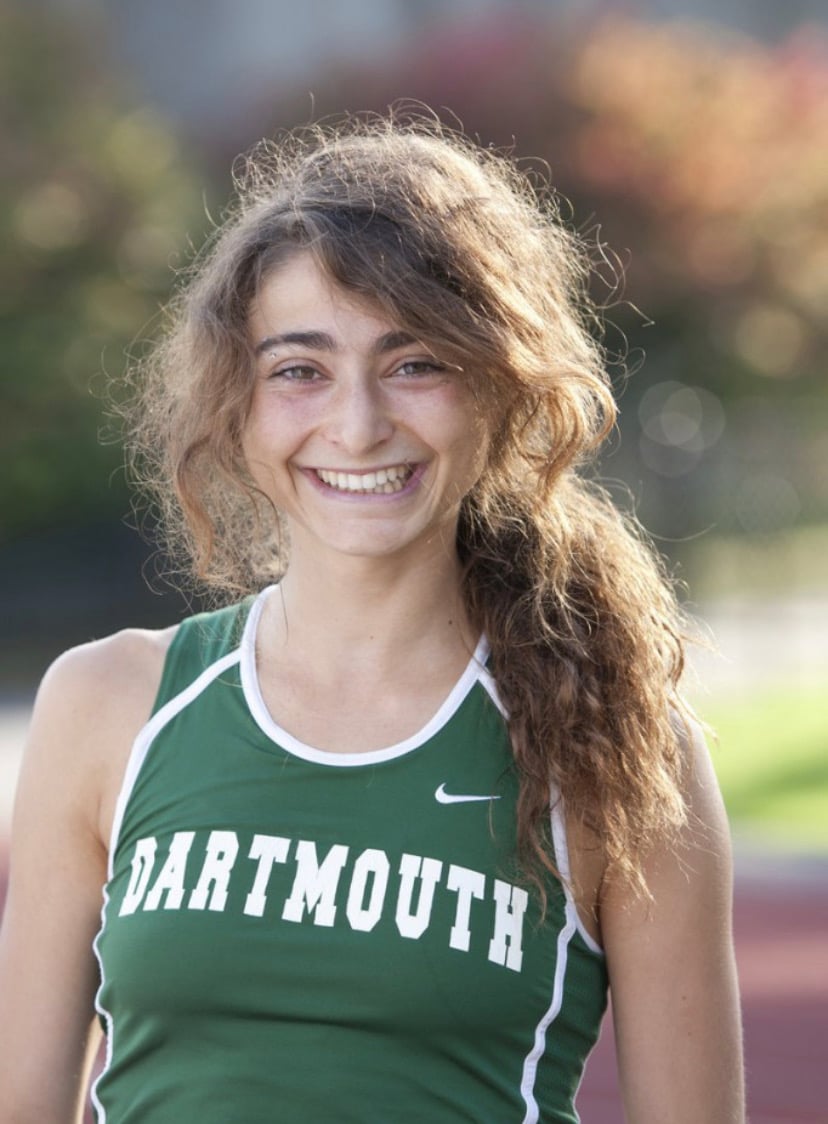 And that changed when you got to college, when you began living with women?
Yes. When I wasn’t running, I found my way into the improv theater group at Dartmouth. This is the same group that Mindy Kaling and Rachel Dratch were in before me — and these improvising women were my role models. Some of them wore makeup, some of them didn’t, but it wasn’t the Disney princess variety anymore. It was the college, confident, exploring-ourselves-kind-of-makeup, so more eyeliner, less eye shadow. 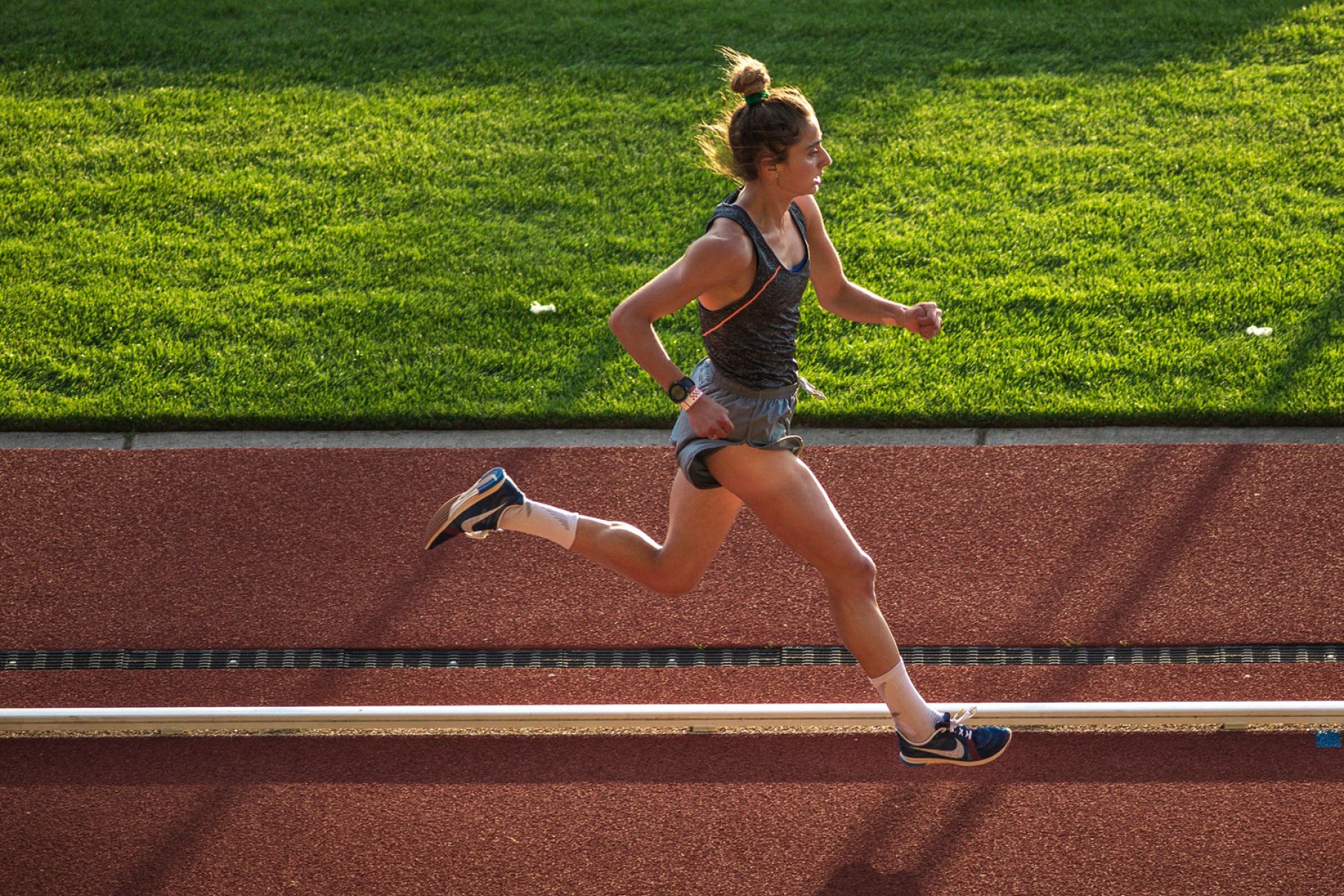 When do you feel the most beautiful?
I feel most beautiful, I think, in two scenarios. First, when I’m running in a way where my mind and my body are on the same page, it’s almost like I’m watching myself run from just above and it’s a really beautiful feeling. It’s a flow. It’s graceful. Those times are rare. At the Olympics I felt like that, and it was so cool that it came together on that particular day. 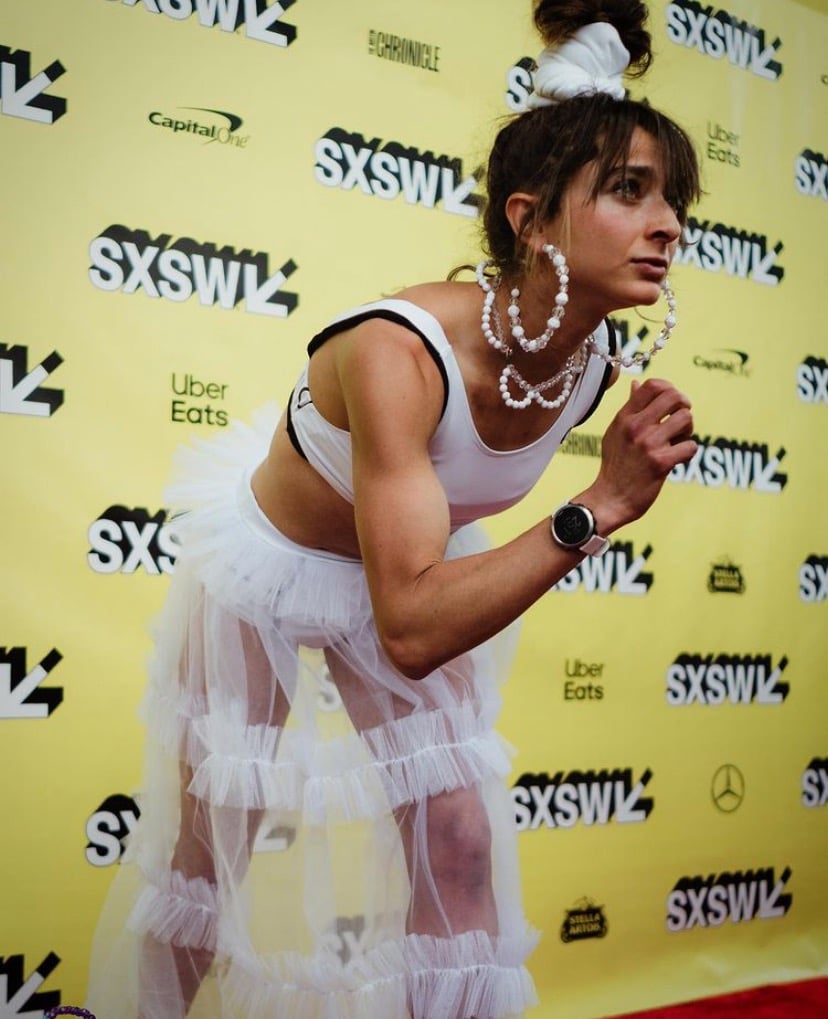 On the glamorous side, I felt very beautiful at our South By Southwest premiere of Olympic Dreams. (A movie directed by Alexi’s husband, Jeremy Teicher, that she starred in.) I love film premieres. I think that stuff is so fun. Champion, my sponsor, hired a designer, and we made the outfit out of sports bras and athletic fabric. 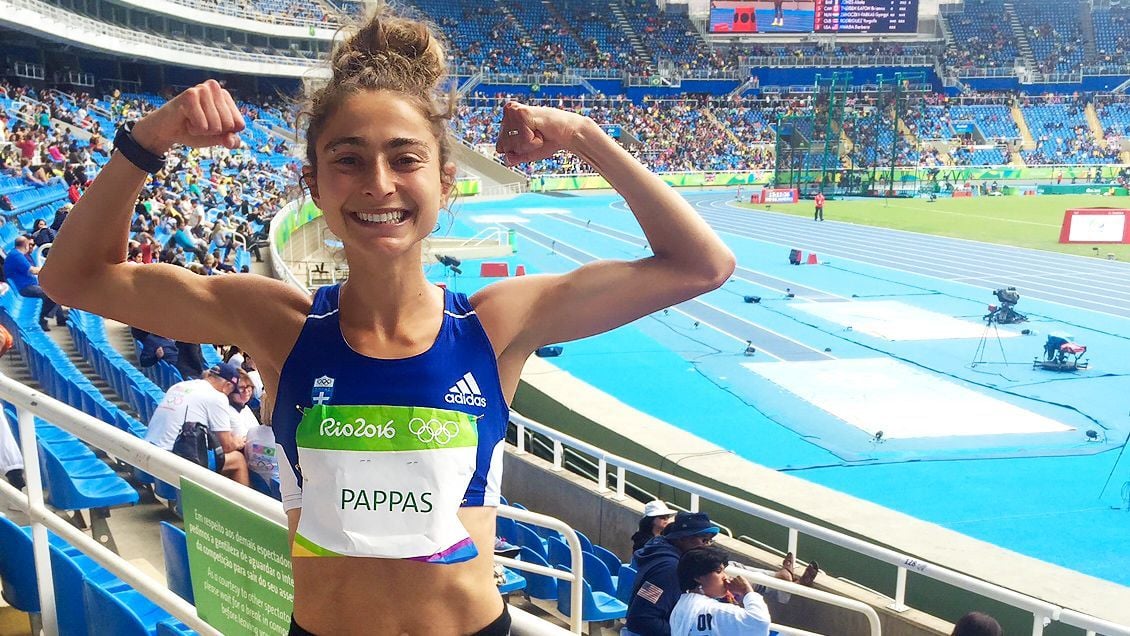 I was so surprised to read that you do full-on makeup for races.
Yeah, I think it’s just like being in front of the camera — you really are on stage. Running is as mental as it is physical, and race day is this big performance, where it’s less about putting on makeup for the world, and more for yourself. It’s about arming yourself, and dressing yourself and putting whatever on your face that makes you feel like you are the alter ego that will perform. It’s more about accessing your most capable brave inner self than it is presenting something to the world.

Tell me what you wear for your “race face,” as you call it.
I recently discovered this really bright blue mascara from Korres, a Greek brand, that’s very fun. I think race day is a good day for something like that. I wear that with bright blue eyeliner that I try to do as Audrey Hepburn as I can. Milk has a gold-tinted thing that I might streak on my cheeks. And I always wear sunscreen first — usually Supergoop. 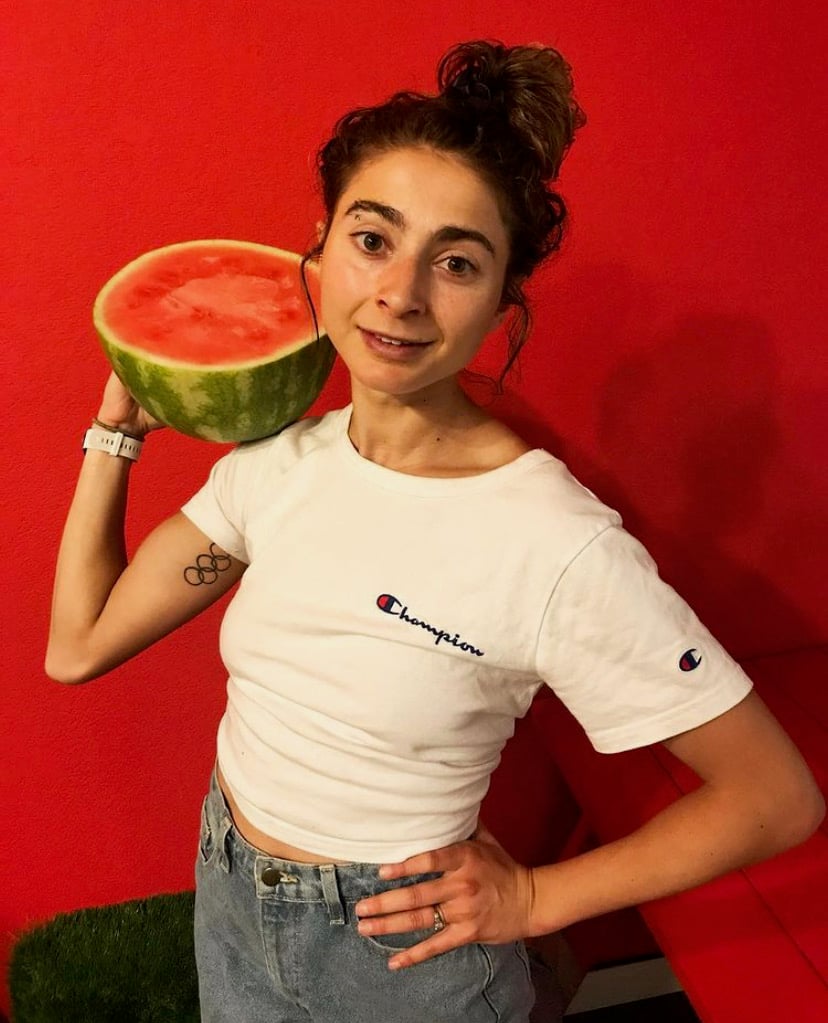 How about hair care?
I have very curly hair, and it behaves in different ways in different climates. In terms of shampoo and haircare, I have allegiance to Kiehl’s and to Korres — especially their leave-in oil. My hair can get dry, so the more oil the better. In fact, when I was in Greece for quarantine this past February, I started just putting olive oil in my face and in my hair. I figured, it can’t be bad for me, it’s flowing here like water. And it worked! 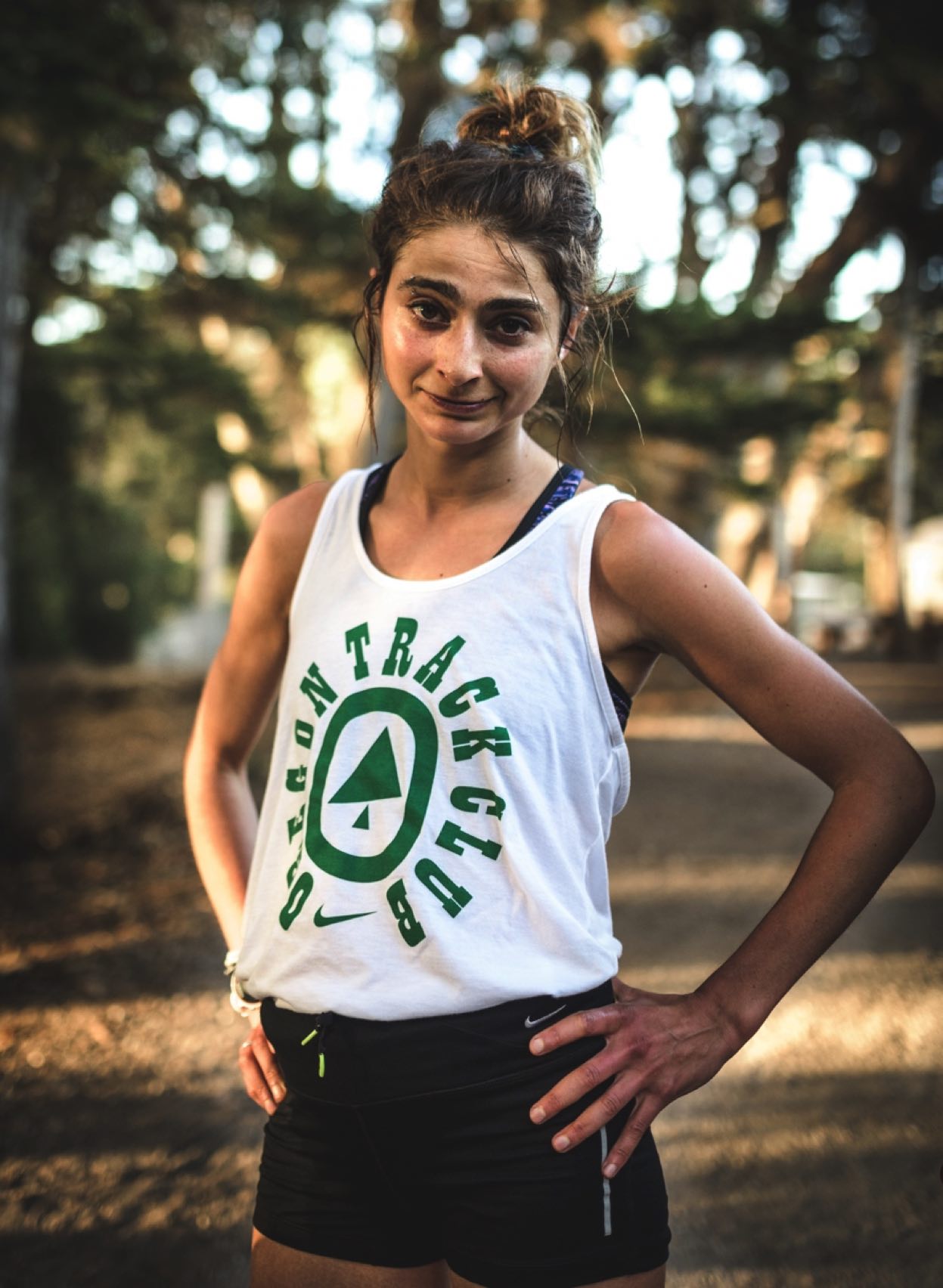 Part of your mission with this book (and the video you did with the New York Times) is to get people to pay attention to mental illness the same way they pay attention to physical illnesses, especially in the sports world.
Yes, what began as post-Olympic depression could have probably been ok if I had taken some time to rest and mentally recover. But I didn’t and I was sick. I was so sick. I was mentally ill. It was temporary but it was severe. It was the actual worst thing I could ever imagine. My doctor, both a psychiatrist and psychologist, explained to me that mental illness is like when you fall and have a scrape on your knee — except instead of the cut being on your knee, it’s on your brain. It takes time to heal. Your brain is a body part that can get injured like any other, and it can also heal like any other.

What else helped?
He told me to stop trying to convince myself not to be depressed — a depressed person can’t be convinced of anything. He told me to instead expect that I was going to feel very sad, and that the most important thing was to focus on my actions. Actions change your thoughts over time, and over even more time thoughts change your feelings. It’s like when you are in a race. Racing is very painful but we are not what we feel in any single moment and just because I’m in the hurt box now doesn’t mean I won’t feel better in a few more laps. Racing is about understanding that pain is a sensation but not necessarily a threat; the best thing you can to do is keep putting one foot in front of the other. 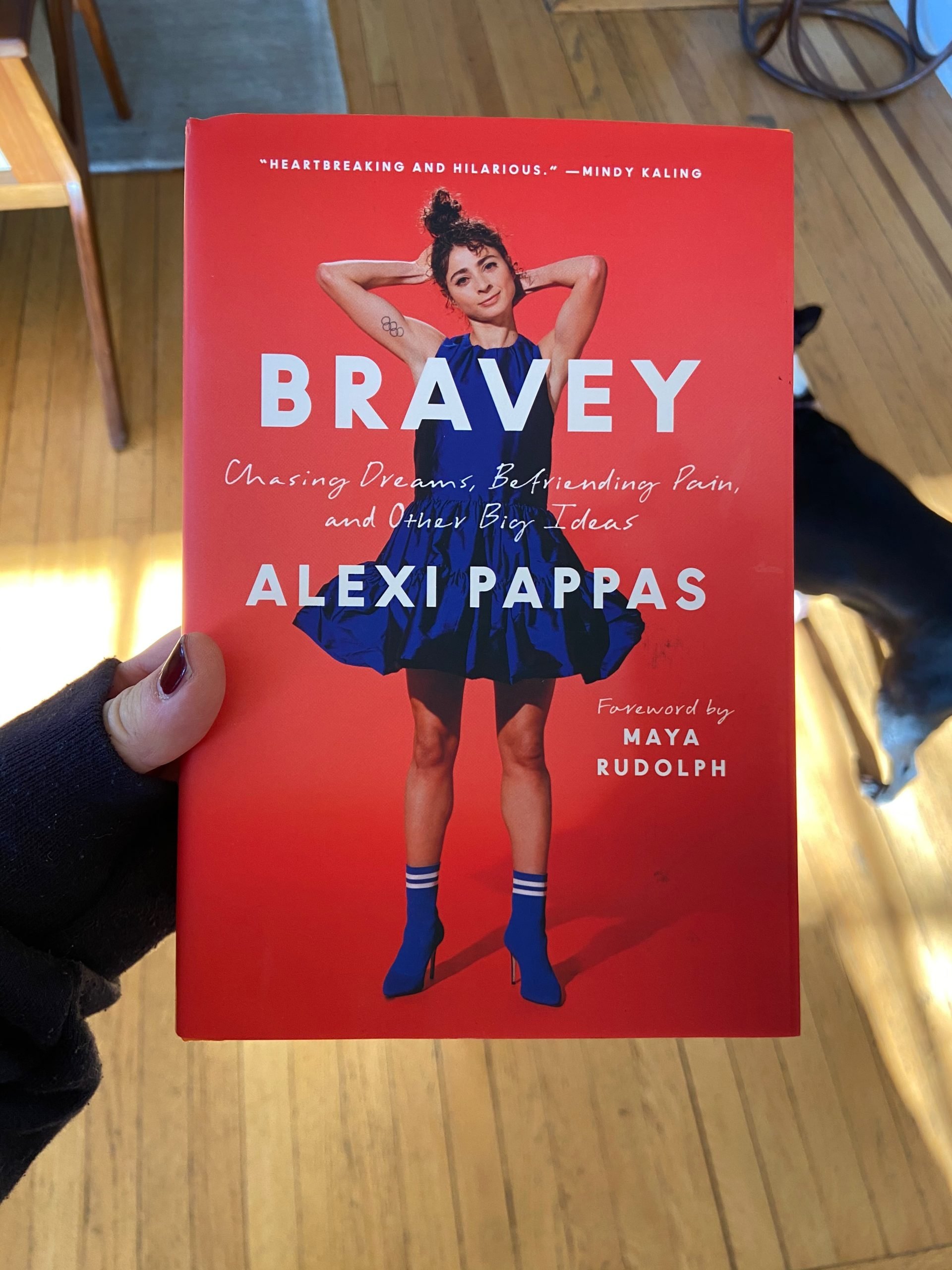 Thank you so much, Alexi. We love your book!

P.S. More beauty uniforms, including soccer player Crystal Dunn; and why we run.

Marianne is the perfect black dress in normal people

Let’s Find This Reader a Raincoat!

For Covid-Era Wedding Dresses, Anything Goes