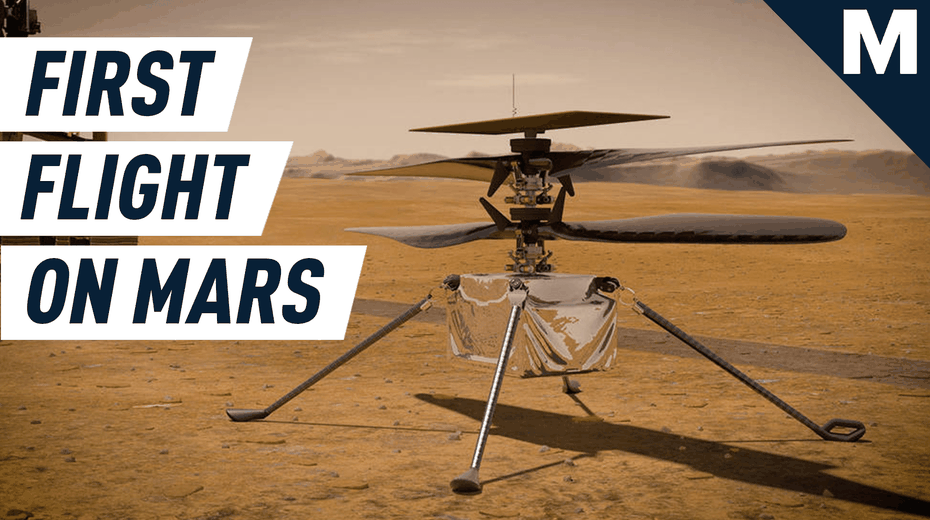 The whirring sound of NASA’s Ingenuity helicopter taking flight on Mars was shared by the space agency on Friday.

Amid the gusts and gales sweeping across Jezero Crater, the buzzing hum of Ingenuity’s blades can be heard spinning in the thin atmosphere as it takes flight. The audio was synced up with Percy’s video of the April 30 test flight. At 2,537 rotations per minute, it sounds kind of like a giant, alien bumblebee.

Perseverance’s microphone is located on its SuperCam, which includes a laser that zaps targets from a distance in order to examine their composition.

So far, Percy has captured a handful of Martian sounds that it has beamed back to Earth, including laser zaps, the sound of it driving, and the wind. The latest Ingenuity noises are the first that have been accompanied by video.

When Perseverance captured Ingenuity’s fourth flight, it was 262 feet away. To make the sound stand out against the blowing wind, NASA isolated the noise from its blades and upped the volume a bit. Based on this sound alone, it sounds like Ingenuity is flying pretty smoothly.

Minus a couple of delays including a software update, Ingenuity’s flights have exceeded expectations. After the fourth flight, NASA extended the helicopter’s mission beyond its five test flights. Ingenuity’s ability to cover long distances quickly demonstrate how it can be used in scouting operations for the Perseverance rover, which carries far more scientific instruments.