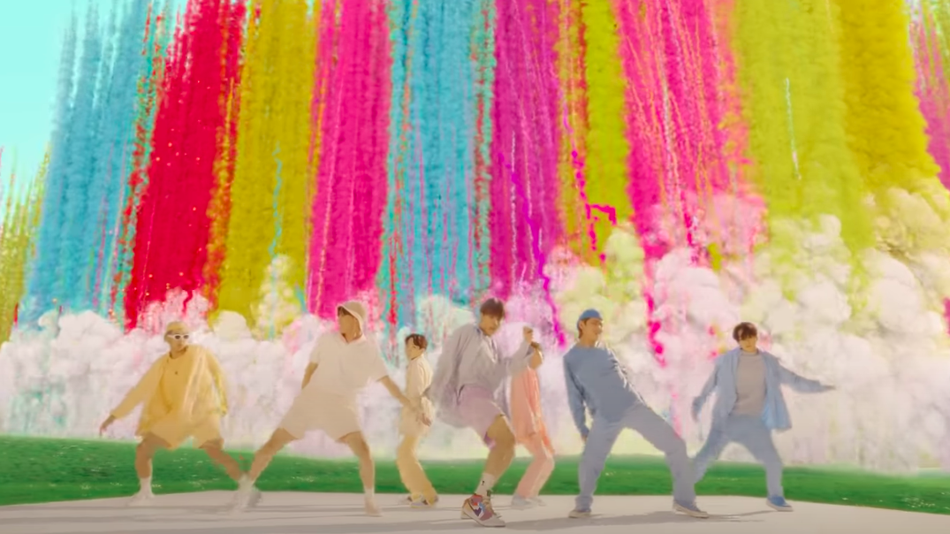 If you’re in need of an extremely upbeat way to kick off your day, hit play on BTS’ new video for disco pop single “Dynamite.”

Dropped Friday, this candy-coated video features the unstoppable K-pop boyband in plenty of pretty pastels and ’70s styles, dancing around record stores and outside the retro doughnut shops of your dreams, and amid valleys where explosions of hypercolour are simply commonplace.

This instant earworm of a disco pop track would make Bruno Mars or Justin Timberlake proud, and marks the superstar group’s first-ever song to be released completely in English. It’s a standalone single, the first since the group released their latest album MAP OF THE SOUL : 7 in February. And it was written by David Stewart and Jessica Agombar, known for “What A Man Gotta Do” by the Jonas Brothers. Yeah, now you can hear it.

If you’re not performatively happy by the time the key change hits, get ready to SMILE.

We mean it. Don’t make us come over there.

BTS’ first TV performance of “Dynamite” will be at the 2020 MTV Video Music Awards on August 30, at 8 p.m. ET. We can’t wait to see how this pastel perfection translates to a socially distant stage.

Save up to $61 in this early Prime Day deal