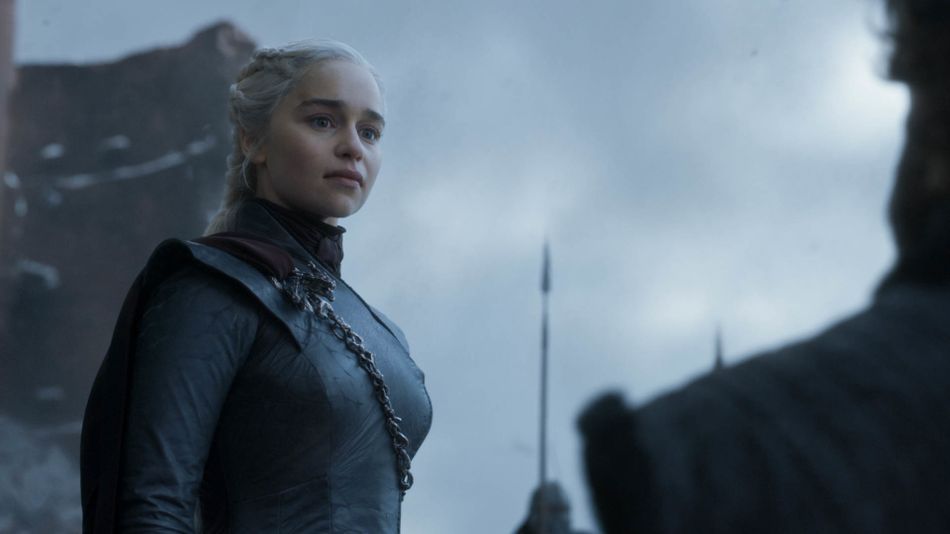 With rumors that there is another Thrones prequel series in the works at HBO, this time based on George R.R. Martin’s tales of Dunk and Egg, many may have questions like “really?” “should we get our hopes up?” and “Dunk and what?” Only some of those questions have answers, but we at Mashable will try to answer what we can.

It is important to remember that there have been several Game of Thrones prequels “in development” at HBO and we only know details about two, now three of them. One was the untitled and eventually scrapped Age of Heroes prequel that filmed a pilot with Naomi Watts and Jamie Campbell Bower and and one is 2022’s upcoming House of the Dragon, but a handful of others were considered as well.

Dunk and Egg may have been in that first crop of prequel ideas or may have been a later addition to HBO’s big ole pile of Thrones possibilities; either way, it’s impossible to tell if the series will actually make it to the screen.

But there is a chance. So let’s answer some questions.

What on earth is a Dunk and Egg?

A dunk is a basketball move wherein a player leaps high enough to physically smash the ball through the scoring hoop and an egg is a reproductive cell found in both plants and animals. I’m so sorry. Trying to delete it.

Ahem, Dunk is a nickname for Ser Duncan the Tall, a hedge (read: wandering) knight who lived between 40 and 100 years before the events of Game of Thrones. He was, as his name might suggest, very tall. He was also humble and chivalrous, and despite his low birth as a peasant in King’s Landing he embodied the ideals of Westerosi knighthood in word and action. All around great guy, we like Dunk.

Egg is a nickname for Aegon Targaryen, the fourth son of Maekar Targaryen, himself a younger brother of King Aerys I (not the Mad King from Game of Thrones. He was Aerys II). As the fourth son of the king’s younger brother, Aegon wasn’t expected to amount to much beyond being one of many Targaryen princes, so he was allowed after a series of exciting and tragic events to become Ser Duncan’s squire at the young age of nine.

Yes, but Egg also kept his head shaved while they traveled together to hide his Targaryen silver hair so he kind of looked like an egg too.

George R.R. Martin had some fun with that one, didn’t he.

Totally. The Tales of Dunk and Egg are short novellas with a lighter tone than A Song of Ice and Fire, so even though they’re set in the same world as Game of Thrones they’re not nearly as grimdark. Dunk and Egg mostly travel around the Seven Kingdoms being tall and a literal child, respectively, and they have a bunch of adventures together.

People still die left and right, it’s Westeros after all, but nothing on the Red Wedding level. Well, actually…eh, spoilers.

This seems cute but why does a buddy dramedy matter in the grand scheme of things?

Remember how Egg was the fourth son of the King’s younger brother? He was never expected to rule, like ever. Dunk and Egg’s lifetime saw a lot of change in the Targaryen family, including King Aerys I dying without issue (making Egg’s father King Maekar) and some of Egg’s older brothers dying as well, so by the time Maekar died there was a crisis of succession.

Standing before Egg, who was 33 when King Maekar kicked it, were three people: his cousin Vaella was a girl, his other cousin Aerion was an infant, and his older brother Aemon was a maester. Aemon refused to renounce his maester’s vows to take the throne and since the other two candidates didn’t seem great, Egg became King Aegon V. He made Ser Duncan the Tall the Lord Commander of his Kingsguard and the two became a legendary pair of heroes.

Oh, so this is the origin story of a king! That makes more sense. But…Maester Aemon? You don’t mean —

You got it. Maester Aemon, Jon Snow’s friend at the Night’s Watch is Aegon V’s older brother! Remember when he was dying and he had that heartbreaking scene: “Egg…I dreamed that I was old.” He was hallucinating his beloved brother in the moments before he died.

So since Egg/Aegon V is Aemon’s brother, that means he’s Jon and Daenerys’ what now?

Now it’s time to get funky. There’s a difference between the Targaryan family tree in the books and the Targaryen family tree in the show. That’s why earlier I said Dunk and Egg lived “between 40 and 100 years” before the events of Game of Thrones. The exact timing is hard to pin down because of this discrepancy:

Hints in the Game of Thrones show timeline strongly suggest the whole Jaehaerys and Shaera generation was cut from the family tree, potentially to make Maester Aemon’s age more believable. In this case, Aegon V is the Mad King’s father, making him Daenerys’ grandpa and Jon’s great-grandpa.

The Targaryen family tree is basically an asparagus.

Are there any other Game of Thrones connections to look out for if the Dunk and Egg show makes it to production?

Oh, a bunch! Pretty much everyone important has an ancestor involved in Dunk and Egg’s time. Depending how long the show lasts and if they get to Aegon V’s reign, we might see Robert Baratheon’s father Ormund and — drumroll please — a young Olenna Redwyne, the woman who would become Olenna Tyrell. Pour it out for the Queen of Thorns.

One character to definitely keep an eye on in the Dunk and Egg show is Brynden Rivers, a bastard Targaryen prince from a few generations above Egg. A Song of Ice and Fire fans haven’t gotten the confirm in written canon, but there’s is a lot of speculation that Brynden Rivers survived over a century to become one of the most important characters in Game of Thrones. Let’s just say the tales of Dunk and Egg aren’t only an origin story for Aegon V…

Wow, OK. Anything else you’re not telling me?

Uh, Ser Duncan might be related to both Brienne of Tarth and Hodor? Not a joke, that’s a big fan theory with some backup in the text beyond “they’re both very tall.”

Wait so Brienne and Hodor are freaking related?

Maybe! This has been fun, gotta go.

If and when the Dunk and Egg prequel is confirmed by HBO, we’ll have a lot more to talk about. I promise you that.

HBO’s ‘Perry Mason’ isn’t for the faint of heart: Review

Biden/Harris campaign coming to Fortnite ahead of Election Day