In search of a good laugh? Hulu’s movie library is here to help.

From cult classics to recent gems, Hulu boasts a collection of hundreds of comedies. The prospect of wading through all of them can be daunting, especially since some movies may be leaving Hulu soon or require an add-on subscription to watch.

No need to panic though: We’ve gone through Hulu’s catalog already and narrowed it down to the cream of the crop. Here are the best comedies on Hulu that you can watch without an extra subscription. To make things even better, none of them are leaving Hulu in April, so you can rewatch them to your heart’s content.

50 First Dates is one of those rom-coms you never remember loving quite as much as you do. (See what I did there?) Adam Sandler stars as a laid-back womanizer who falls head over heels for a woman with short-term memory loss, played by Drew Barrymore. This classically funny premise offers a framework for some killer comedic acting by the movie’s entire cast, as well as a surprisingly sensitive reflection on what it means to love unconditionally. Plus, it’s got penguins! And a walrus! — Alison Foreman, Entertainment Reporter *

How to watch: 50 First Dates is now streaming on Hulu.

Olivia Wilde’s Booksmart seems destined to be this era’s Dazed and Confused, which is to say that teen comedy full of unknowns and up-and-comers who’ll all go on to become big, big stars. Regardless of what becomes of its cast, though, it’s earned instant-classic status in its own right, serving up both belly laughs and heartfelt tears. It’s a lot of emotions, is what I’m saying, but in a way that feels true to the heaven and hell that is the end of high school.

Even as the film veers off into borderline surreal directions (Billie Lourd is particularly magical as a party girl with a knack for being in the right place at the right time), Booksmart grounds itself in the unimpeachable bond between defiantly uncool BFFs Molly (Beanie Feldstein) and Amy (Kaitlyn Dever). This one’s for all the nerds out there who were forced to learn, eventually, that there’s more to life than what goes on in books. — Angie Han, Deputy Entertainment Editor *

How to watch: Booksmart is now streaming on Hulu.

Four Weddings and a Funeral is exactly what it sounds like, following its main characters’ lives across the span of these five titular events. Charles (Hugh Grant) and his unmarried friends face existential crises about love and relationships as they attend each wedding, and the film treats their worries and fears not just with laughs but with real dramatic weight. Even though the main relationship between Charles and Carrie (Andie MacDowell) can be aggravating, there’s no denying the influence Four Weddings and a Funeral had on romantic comedies. It’s sweet and charming, and if the funeral scene and eulogy don’t make you cry, then it’s likely nothing will. — Belen Edwards, Entertainment Fellow

How to watch: Four Weddings and a Funeral is now streaming on Hulu.

It’s awkward, it’s off-beat, it’s endearing… it’s Napoleon Dynamite! The cult classic behind “Vote for Pedro” and the absolute strangest way to store tater tots still holds up. Follow Napoleon Dynamite (Jon Heder) as he navigates a high school presidential election, relationships, and the arrival of his intense Uncle Rico (Jon Gries). Every interaction is loaded with meteoric amounts of quirk sure to get you laughing. Heder’s performance is deadpan in all the right ways, and the big dance scene where he cuts loose to Jamiroquai’s “Canned Heat” is a phenomenal climax to this oddball flick. — B.E.

How to watch: Napoleon Dynamite is now streaming on Hulu.

If you’re a sucker for black comedy, witty dialogue, ’70s style, and/or odd-couple comedic duos, it doesn’t get much nicer than The Nice Guys. Russell Crowe and Ryan Gosling play a pair of washed-up private investigators who reluctantly join forces to search for a missing woman (Margaret Qualley) in 1977 Los Angeles — with occasional assistance from the former’s clever teenage daughter, played by Angourie Rice. Though the mystery takes the gang to the farthest reaches of the city, burrowing deep into rabbit holes and brushing up against all manner of eccentrics, it’s the unexpected chemistry between Crowe and Gosling that really keeps this engine running, and it’ll leave you wishing for more where that came from. — A.H.

How to watch: The Nice Guys is now streaming on Hulu.

When arrived in July of 2020, most movie releases were postponed inevitably because of the pandemic — yet here was a movie, a new movie, a festival darling, about people going quietly insane with monotony and losing grip on time itself.

Max Barbakow’s film showcases a cheerfully nihilistic Andy Samberg, along with Cristin Milioti in her best work to date as his increasingly frenzied companion, in “one of those infinite time loop situations you might have heard of.” Their chemistry makes Andy Siara’s script soar, leaving ample room for J.K. Simmons’ sinister interludes and just the right amount of time travel interrogation. It’s a sharp, original comedy worth revisiting again, and again, and again. — Proma Khosla, Entertainment Reporter *

How to watch: Palm Springs is now streaming on Hulu.

Based on William Goldman’s fantasy novel of the same name, director Rob Reiner’s The Princess Bride is a standout in cinematic history with a central romance just as iconic. Be enchanted once more by the everlasting love of Westley (Cary Elwes) and Princess Buttercup (Robin Wright) in this epic tale of greed, revenge, and mawwiage. — A.F. *

How to watch: The Princess Bride is now streaming on Hulu.

Yes, Hulu also has Shrek, but Shrek 2 is hands-down the best movie in the franchise about everyone’s favorite ogre. It continues the message of self-love and acceptance established in Shrek while introducing Shrek (Mike Myers), Donkey (Eddie Murphy), and Fiona (Cameron Diaz) to a boatload of hilarious new characters. Who can forget the dashing Puss in Boots (Antonio Banderas), the Jaime Lannister-esque Prince Charming (Rupert  Everett), or the villainous Fairy Godmother (Jennifer Saunders)? Shrek 2 is full of laughs, but it’s worth the watch for the “Holding Out for a Hero” sequence alone. We’d storm a castle with Mongo anytime. — B.E.

How to watch: Shrek 2 is now streaming on Hulu.

Comedians Steve Coogan and Rob Brydon play heightened versions of themselves as they go on a tour of fine dining establishments in Northern England. The movie – which was cut down from a longer television series – follows their improvised conversations about the food they’re eating (don’t watch this on an empty stomach) and their lives. They often seek to outdo each other’s impressions, with their Michael Caine battle being an absolute riot. The Trip is full of comedic conversations and dry wit, but it also makes sure to touch on the personal and professional hardships these two men are facing. This helps knit Coogan and Brydon’s restaurant outings together into a coherent and compelling comedy.  — B.E.

How to watch: The Trip is now streaming on Hulu.

Young Frankenstein has the audacity to imagine a world where a descendant of Victor Frankenstein, the mad scientist who created the famous monster, forsakes his family name. “It’s ‘Fronkensteen,” young Frederick repeatedly insists.

That gag, and so many others, give this absolute classic from Mel Brooks so much of its propulsive energy. Like all the best comedies, Young Frankenstein‘s humor is timeless. Carried by two incredible stars in Gene Wilder and Peter Boyle, and also featuring legends like Teri Garr, Cloris Leachman, and Marty Feldman, this chaotic send-up of an all-time classic movie monster tale delivers again and again. Make the time to watch it. — Adam Rosenberg, Senior Entertainment Reporter *

How to watch: Young Frankenstein is now streaming on Hulu.

Looking for more Hulu movie recommendations? We can help:

Asterisks (*) indicate the write up comes from a previous Mashable list.

“The Falcon and the Winter Soldier” raises questions about Avenger pay 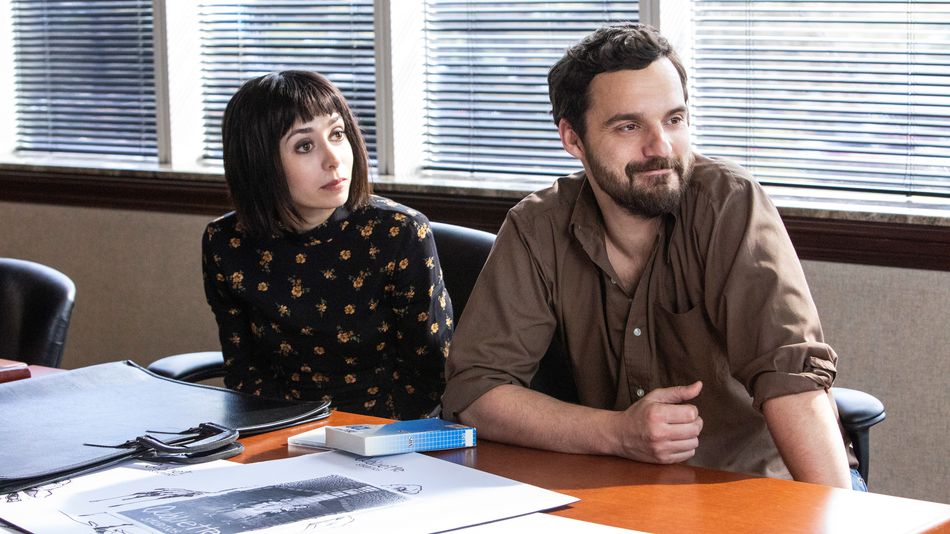 If you’re not sure about Apple’s ‘Mythic Quest,’ start with episode 5